I (Joel) had the wonderful opportunity to visit the jungle town of Pacto Sumaco this last Sunday.  Pacto Sumaco is a community that began or at least transitioned because of natural disaster.  There was a earthquake in 1985 that caused a landslide that destroyed a community of Indigenous folks in the area of El Chaco.  Since the town was destroyed, the government went about giving them new land to start up again.  This is when they transitioned to the area near the volcano named Sumaco.  Unfortunately, the government didn’t give them much of anything else.  This is where the Evangelical Covenant Church of Ecuador (IPEE) stepped in and really helped them out.  The went about assisting with building a well for clean water, helping set up the government, and eventually helping bring electricity.  They helped the community out so much that the eventually renamed themselves Pacto Sumaco, the “Pacto” meaning Covenant as in Evangelical Covenant church.  Pretty cool, eh?

Right now, IPEE is helping them out with suggesting new ways to farm.  It is basically a farming community which for the most part produces Naranilla, which is a small orange like fruit.  The problem with farming Naranilla is that it only has a two to three year life cycle before it destroys the earth that is producing it.  IPEE is recommending that they do two things.  Switch their primary crop to one that is more long term sustainable, as well as trying to show them that personal gardening is possible.  Because of their poverty and lack of variety in crops they produce, their nutrition is very poor.  If each farm would create a personal garden with a variety of produce, their level of nutrition would be significantly increased.

You can see pictures below of Sumaco as well as a picture of the personal garden that IPEE has created to demonstrate to the other farmers. 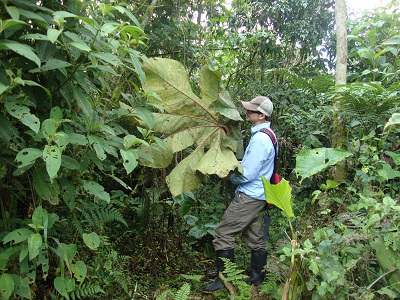 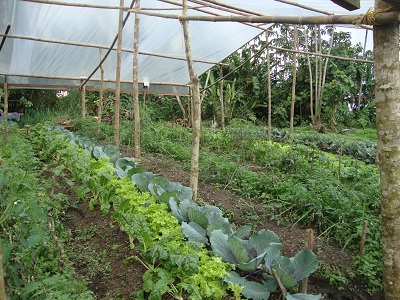 The garden that IPEE has setup in Sumaco to show the other farmers.