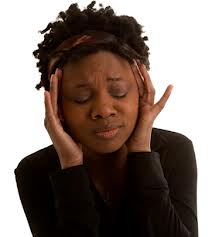 We just wanted to let you all know of a little way that God has been blessing us recently.  Some of you may know (we never told everyone formally at any one point) that Joel has suffered from migraines for quite a long time.  They actually started at the age of 16 but had become a daily occurrence 4 or 5 years ago.  For the most part, it hasn’t been a major difficulty because Excedrine has been able to treat it pretty much regularly.  It was only about once a month that a migraine would actually cause difficulties in going about his activities for the day.

In coming back from Ecuador to be in the States, Joel wanted to get this looked into because everyday Excedrine use for the rest of his life was not something he was looking forward to as they have a high amount of caffeine which causes other problems.  So, after returning, he got a physical from a family physician and got the doctor’s recommendation to see a neurologist.  The neurologist recommended a head MRI to make sure there wasn’t anything serious that was causing the headaches (which there wasn’t-Praise the Lord!).  Based off this result, the doctor began a couple of different treatments to deal with the headaches as well as getting off the Excedrine dependency.  We found out that a lot of his headaches were more than likely being caused by a “rebound effect” from the Excedrine use.

At this point, Joel is doing great!  He is off the medications that neurologist had been using as well as he has not been needing to take Excedrine on a regular basis – he’s taking it about once per week at this point.  His head doesn’t feel perfect but not having migraine-level headaches on a daily basis is a great start!  This has been a long standing prayer request that we have had and for those who have known have been praying for him and his headaches.  Thank you for your prayers and all we can say is that is great to know a good and mighty God!  What a mighty God we serve!!!