Holidays in the States

We spent Christmas and New Year’s in the U.S. to visit family and friends. We left December 21st from Quito and got to spent an evening with one of Kim’s best friends and (her now fiance). It was a great time to catch up and just be loved on by friends. We appreciated that time very much. After that we met in Merrillville, IN with both sets of our parents and Kim’s best friend. That was the first time the parent’s had seen us, or more importantly, SIMEON for 6 months! From there we went to be with Joel’s family in Goshen, IN. It was nice to spend time with all of Joel’s siblings and their children. Everyone had a great time with Simeon and I think he enjoyed the time too! On Dec 30, we went to spend time with Kim’s family. This was a great time as well. We rang in the new year with Kim’s brother and sister-in-law which was SO fun! Grandma and Grandpa had a great time spoiling Simeon and just loving on him. We also got to see friends from college during this time which was very refreshing!

On December 26th, Joel’s dad was exercising and while doing this he had chest pain. We took him to the ER and they kept him for testing. He came home, only to go back to the hospital a week and a half later. Long story short, he ended up having a heart cathertization which showed a major blockage in the left main artery to his heart. They scheduled him for open-heart surgery and did a triple bypass. He has had ups and downs since the surgery, but all in all, he is doing well. Joel will give you an update on him shortly in another post.

Although this was a very difficult and stressful time for all, we were SO thankful that we were in the States during this time to help as we could and support family. God has been truly faithful and evident and we are very thankful for His provision in bringing us to the States for this time.

THANK YOU for your prayers during this time. We defintely felt them and it is great to be surrounded and lifted up to the Lord.

We ended up being in the States for three and a half weeks total, staying an extra period of time to help with everything going on with Joel’s dad. Simeon grew a lot from all the American food and got to get to know A lot of people! He traveled very well and actually got compliments on the plane ride home for being so good on the plane. 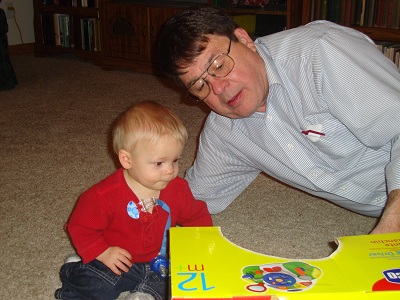 Grandpa Carter showing Simeon a new toy he got! 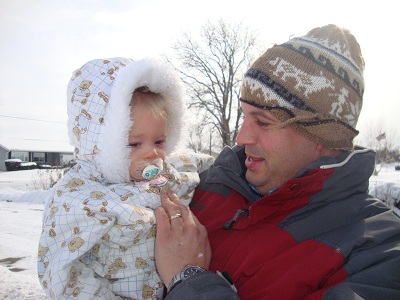 Simeon enjoying the snow with dad, just not the snowsuit 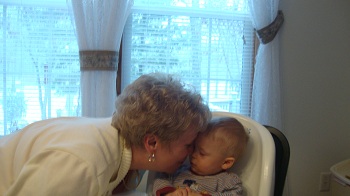 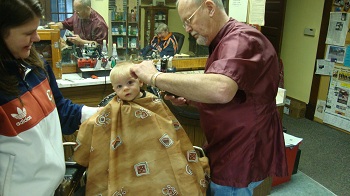 Simeon getting his haircut by the longtime Carter barber, Gary 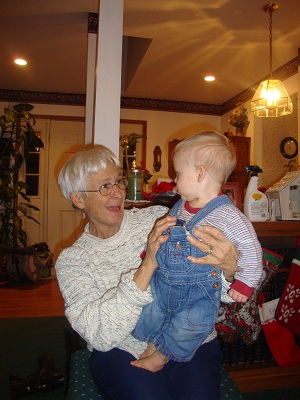 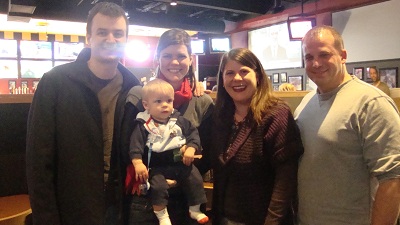 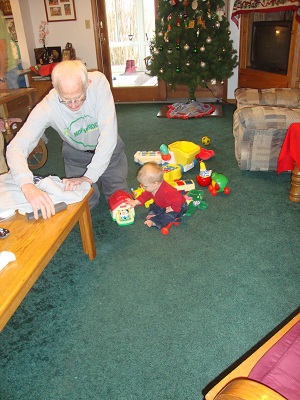 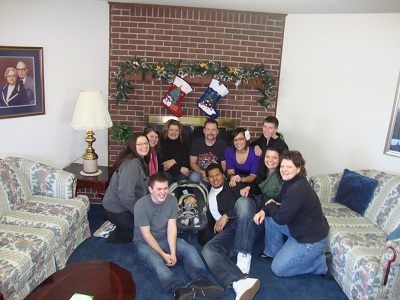 Kim and all her cousins 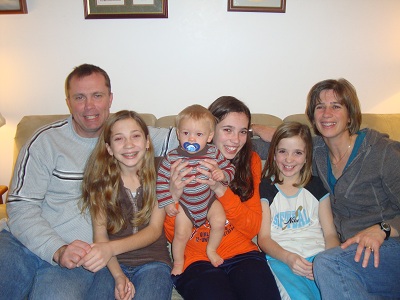 The O'Dell family (Joel's sister) and Simeon, of course 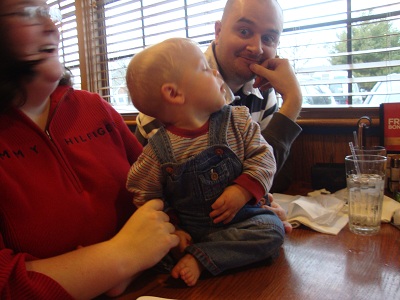 The Sims and you guessed it, Simeon 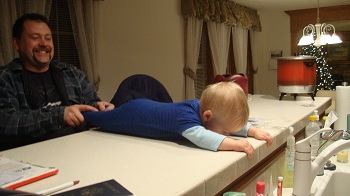 Uncle Todd and Simeon holding on for dear life 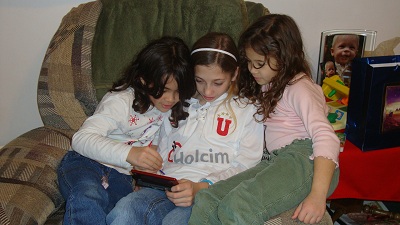 Some of Simeon's cousins, Sheena, Bailey and Reenna 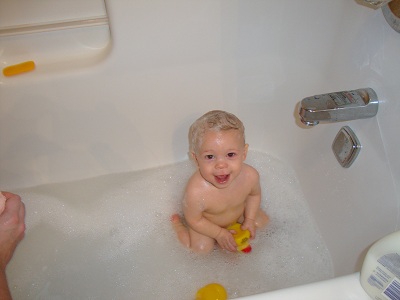 Simeon really liked the big bath tubs in the U.S. - we only have showers in Ecuador!