This past weekend we had the opportunity to experience the Festivals of Quito.  Basically,  December 6th is the city of Quito’s Founding Day, so there are many celebrations that go along with the week that leads up to this day.  We were able to spend some time with the Burbano’s and the Hoskin’s in celebrating these days by attending a parade and a fair.  At the fair we were able to try a lot of typical Ecuadorian food which we had never tried before like Guinea Pig, which is a special Ecuadorian plate.  See the pictures for evidence: 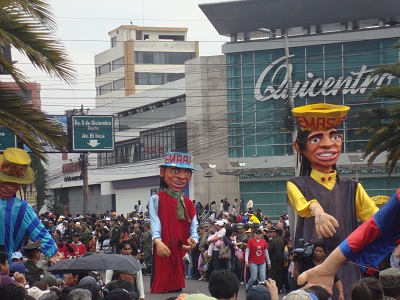 Instead of having giant ballon characters - they have these large home-made figures which are carried by people, which are actually very cool! 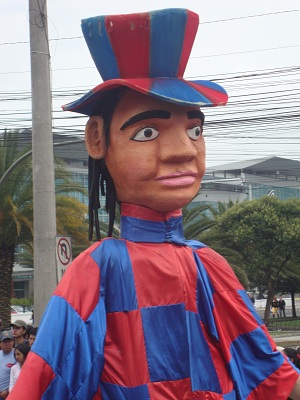 Here's a close-up of one of these men 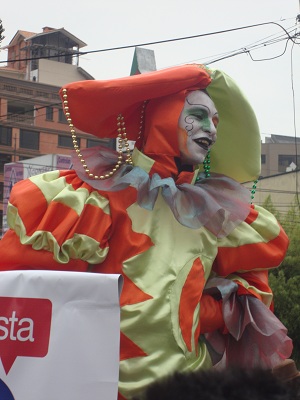 A clown on really high stilts 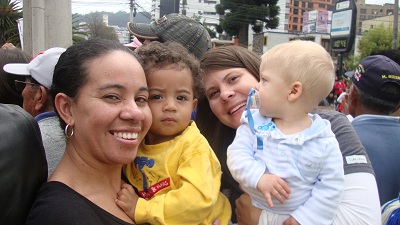 Moms and Sons enjoying the parade 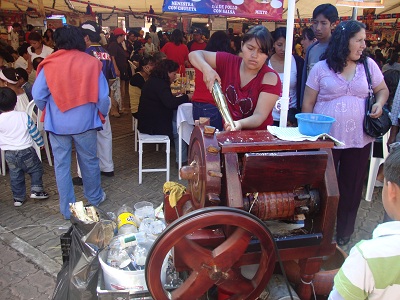 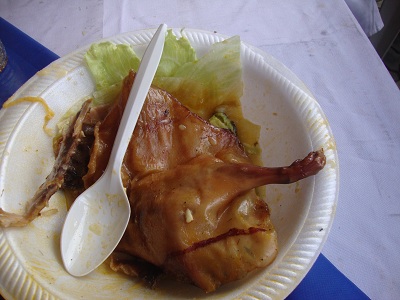 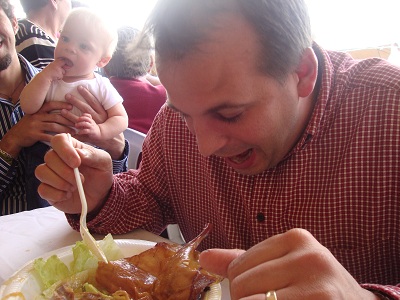 Joel digging into the Cuy... "yep, tastes like chicken!" 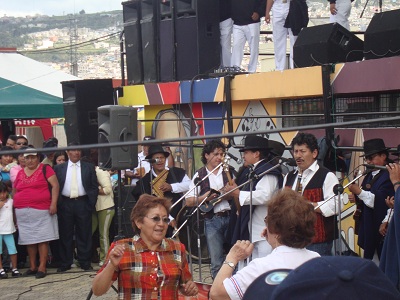 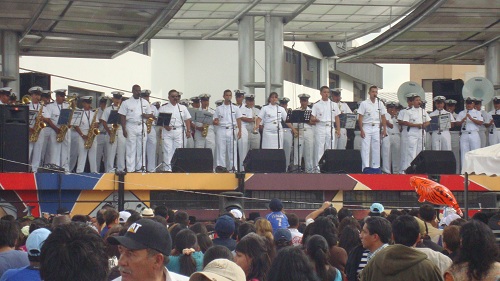 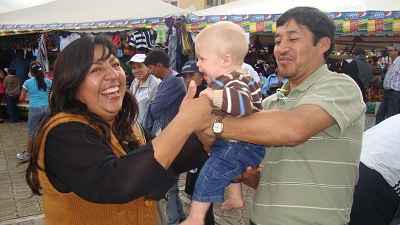 Simeon dancing to the music with Martita, his babysitter, and her husband, Robin