For the past few weeks as I have watched news, read Facebook posts, read articles, my heart just hurts.  I haven’t purposefully been silent on these issues of race and my response to it, I just had so many thoughts going through my head that I wasn’t sure what to say, how to say it or how it would be received.  I guess the bottom line is it shouldn’t matter.  I need to speak up because the things I am hearing, it just makes my heart hurt.  Being silent is sometimes worse I think than saying something that might offend someone.  Please know that the things I wrote are basically my journey of understanding racial issues and the continuous journey I am on.

I grew up in a white middle class area in Indiana.  It’s a college town so it was slightly divided between “town” people and the “university” folks.  Growing up in my school, there was one Asian family and in high school one mixed African American.  The town next to mine had the last lynching in a Northern state in 1930 after an angry mob pulled out 3 young African American men from jail and hung 2 of them in the town square, leaving their bodies on display for the town.  Just recently I read more about this because to me it was just a story I had heard throughout the years.  I read articles and looked at the picture that was taken by a local reporter where the 2 bodies hung with onlookers watching and pointing.  Their faces seemed to almost show pride and some were even smiling.  As I looked at this picture, I was nauseated.  I began to see why a lot of Marion residents never really talked about this.  This was just pure evil at the hands of neighbors.  It was nauseating.  There was a third man who escaped this angry mob and this is what he wrote and he walked away from the tree where his friends hung…

“Slowly, painfully, I started limping back towards the jail, dragging myself as best I could. Each step was a prayer and each prayer was a ‘thank you, Jesus!’ No one touched me on the way. No one called out any angry epithets. I looked into the faces as I limped along. They were tired, serious faces now, with shame in their eyes.”

The Klan was very active in Indiana during the above lynching which is sad of course, but even worse is the fact that prior to the Klan coming, this area of Indiana had a  strong history of abolitionism and activity on the underground railroad, but during reconstruction after the Civil War,  that history was virtually forgotten with the rise of the Ku Klux Klan in Indiana.

A few towns over from where I grew up was said to be a hot spot for the Ku Klux Klan, even in recent years.  I had a professor friend who was African American who drove through that town and stopped to get gas, he was asked to leave because he couldn’t get gas in that town (THIS WAS IN 2000!).

The town over from where I grew up, that had the last lynching was a prime example (a bad one) of segregation.  The African Americans lived in the south of town and the whites lived in the North of town, it is pretty much still like that today.

I had someone close to me tell me once that affirmative action was one of the worst things that could have happened for me.  That it took a lot away from me.  (It wasn’t until later that I realized how awful those words were!)

I felt when I was growing up that I had a normal childhood.  I learned what I should in school.  I experienced what I should to be an up standing citizen and I even had the opportunity to travel the world as a kid and teenager to get a well rounded world-view and see that the whole world, MOST of the world around me does not live like I do.  I was good, right?

When Joel and I got married in 2002, we immediately moved to Chicago.  One of the best things we have done, seriously, in our lives.  We soon found ourselves and our ideas, theology, etc being turned upside down.  I began working at University of Chicago, the majority of people I worked with were minorities, mainly African American. I learned SO much from them in both nursing, but more importantly life lessons.  The created an environment for me where I was able to ask questions, honest and open questions about their lives, stories and journeys that showed me how very different their lives were than mine.  It was also during this time that Joel took a class called Sankofa.  This is a group of  individuals from various backgrounds that come together to explore the theological, political, and cultural dimensions of racial reconciliation and human wholeness.  You can learn more about Sankofa here: Sankofa  During this class, Joel would come home and we would discuss what he was learning and experiencing.  I distinctly remember when he came home and said “we are privileged.”  No exclamation point, just that, PERIOD!  I am not proud of what my response was at that point, but I remember this lead to quite a discussion and thus began a new understanding of what my life was in comparison to my fellow African American and minority friends.

So, where does all this come from.  Why now?  Why discuss this and maybe cause waves…NOW.  Well, I had a recent discovery in my life after the celebration of our, OUR Independence Day on July 4th.  It came after Facebook exploded from a post that a well know Christian artist posted on twitter.  This is what he posted: 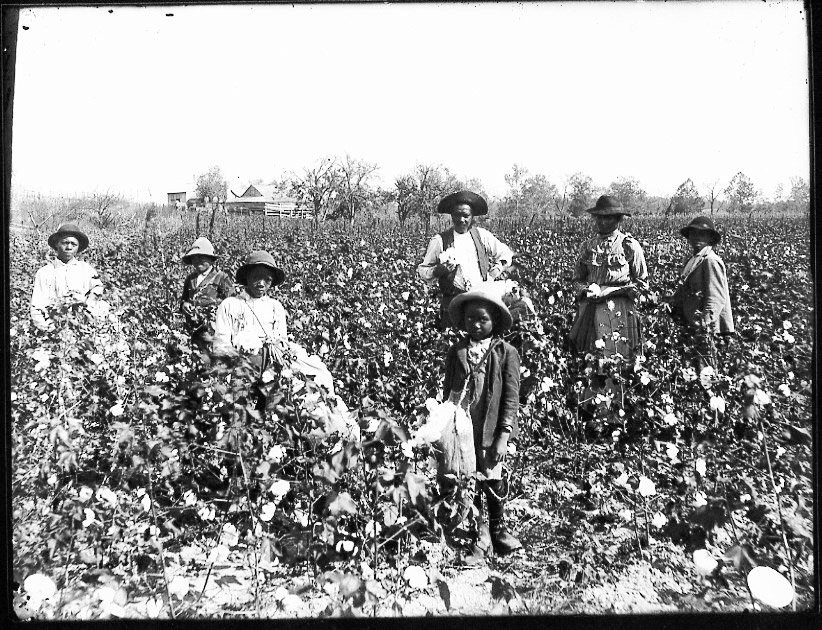 He got a lot of flack from people, Christians saying he was making things too much about race and not about the gospel!  Are you kidding?  WOW!  When I saw this, 2 things came to me…

2.)  How sad that people would be so upset about a picture portraying the truth.  Why was this and why were so many people upset?  Why is it that when race issues are discussed, white people become so defensive?

First of all, I thought, as I said above that I had a pretty well-rounded education in comparison to those around me, but until I was in a different environment, I didn’t realize how skewed my view was as a white person.  When we talk about Independence Day, we talk about WHITE Independence Day when the colonies gained their independence from Britain.  It wasn’t until June 19, 1865 when the last slaves in America were freed.  I had never put the thought together that Independence Day for me is not Independence for African Americans.  It made me so sad to realize this in my ignorance.  It made me more sad to realize that so much of black history is not discussed in white america.  We as white privileged Americans don’t want to know about that.  It is easier to compartmentalize this area of our history and our part in history than to face it.  Of course we feel bad about it, but not bad enough to own it or realize that we are who we are because of those who went before us, and that isn’t necessarily a good thing.

We are called as Christians to love our neighbors as ourselves.  Our neighbors.  Who are our neighbors?  Do you think it matters if they are black, latino, Chinese or Muslim.  We are to love them.  The Bible speaks to this many times over.  Is sometimes showing love speaking up when no one else does?  Is it speaking for the voiceless like Proverbs 31 states?  Are we all called sons and daughters in Christ?  Did Christ die for us ALL?  I don’t remember there being exceptions.

Well, 9 times out of 10, these people always say “I’m not racist, but…”  It is easy to make judgements and have opinions when you really don’t understand or want to understand.  This brings me to another point which was summed up well in a quote I recently read from a friend and pastor, David Swanson from Chicago…

It’s much easier to speak on behalf of the “voiceless” than to repent for my role in keeping them silent.  -David Swanson

This really hit me like a ton of bricks that my silence on this matter is not doing anyone any favors.

SO, now what.  Going back to my realization after talking with Joel about white privilege, you may have wondered what happened after that.  Well, I suppose it is simple and complicated.  It is conversation.  Talking and learning the stories of people who are different than me helped me understand SO much.  Talking with African America friends.  Having dialogue with people who allowed me to make mistakes in my wording and descriptions realizing that I was trying to learn.  I was racist.  WOW, that is hard to write.  Of course not blatantly racist, but saying things and having a mind of racism.  There is so much of this out there and it needs to stop.  White people, we need to stop being so arrogant to think that we know the minority journey.  We don’t know what it is like.  We HAVE to talk, we HAVE to understand we HAVE to come to the table to listen.  Not to defend ourselves, not to be defensive, but to own up to our part in making people silent.  It’s there.  15 years ago I didn’t know, but now I do.  I understand more and with this understanding comes a responsibility to be and do better.  We will make mistakes.  We HAVE made mistakes and we have to own it.  But we can’t be silent any longer.  We have to help the voiceless, to be a voice and to speak up to the voices that have been silenced.

8 Speak out on behalf of the voiceless,
and for the rights of all who are vulnerable.[a]
9 Speak out in order to judge with righteousness
and to defend the needy and the poor.

One Response to The Truth Hurts