We got back early Sunday evening from our first trip to Cuenca.  We had headed down to the southern city of Cuenca for a couple of reasons.  First of all, our Spanish school here in Quito has a branch in Cuenca where we could continue to study there, following the exact same curriculum.  Secondly, Cuenca is known as the historical and cultural capital of Ecuador.  It has a very rich history and the architecture to back up.  It is one of the declared World Heritages by UNESCO.  We thought that now, being a time in which we are studying and learning about the culture, that we could travel down to it and learn more about the country and the culture.  We spent one week there taking clases.  We also had the opportunity to visit the Incan Ruins in Ingapirca and the cities of Riobamba and Banos.  Here are some pictures for you to enjoy: 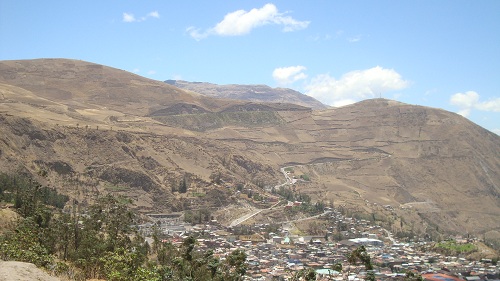 One of the many beautiful views from our on our trip. 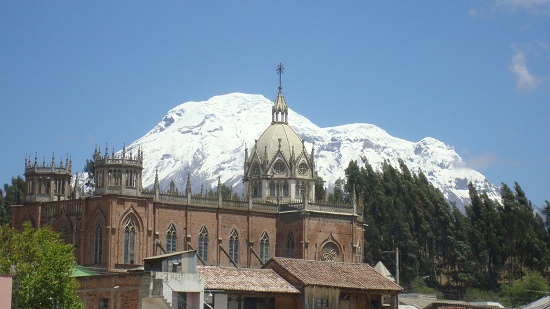 A church we passed on the way with the Volcano Chimbarazo behind it. Chimbarazo’s peak is the highest point on the earth above sea level (Mt. Everest is higher from the ground). 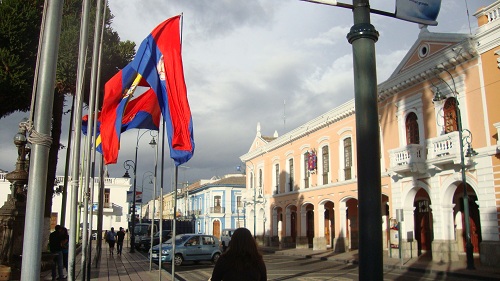 Downtown Riobamba. We stayed here a night on our way down to Cuenca. 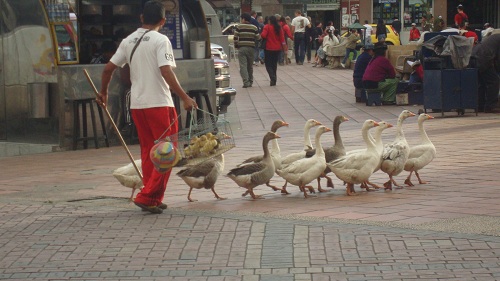 The first time we had ever seen this. A gentleman had these ducks trained to listen for his stick to know which direction to walk. He was walking them all around the city. Amazing!!! 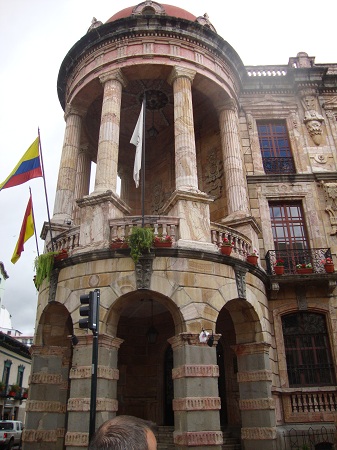 One of the beautiful buildings of Cuenca. 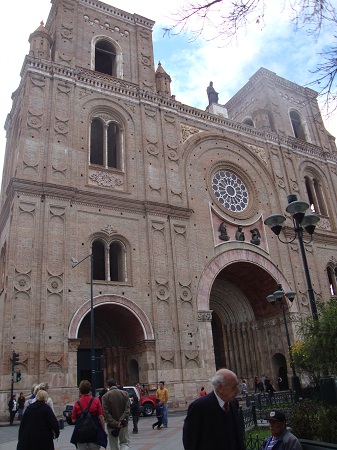 A picture of the New Cathedral in Cuenca, which is also the 3rd largest in South America. 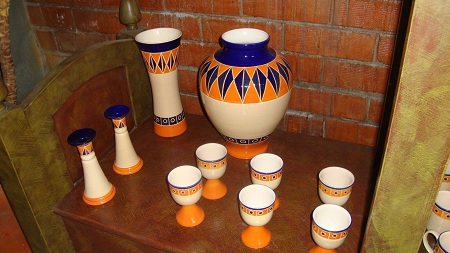 Cuenca is also known for its ceramics. How wonderful! 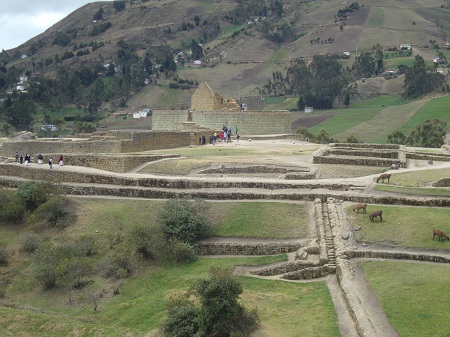 On the way back, we stopped in to visit the Incan Ruins in Ingapirca. 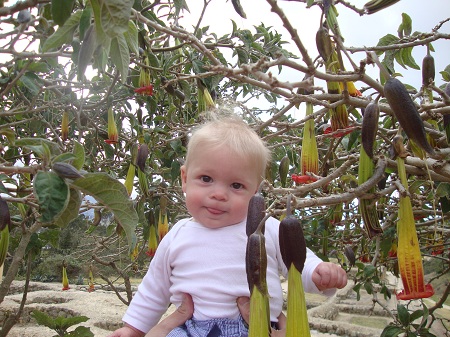 Simeon liked playing in the tree. 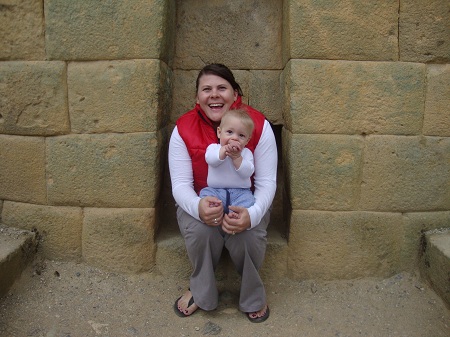 Kim and Simeon on a really, really old building... 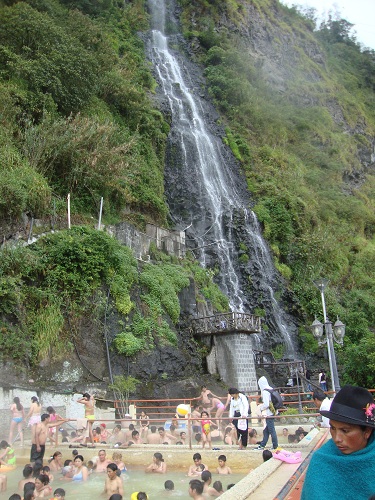 We also stopped in the city of Banos on the way home. Banos is so called meaning "Baths" as it is known for it's hot water springs, which Ecuatorianos love to come bath in. Also, it's known for its beautiful waterfalls. 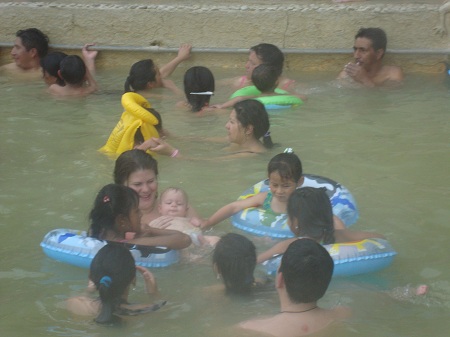 Simeon was very popular at the hot spring pools with his blond hair. 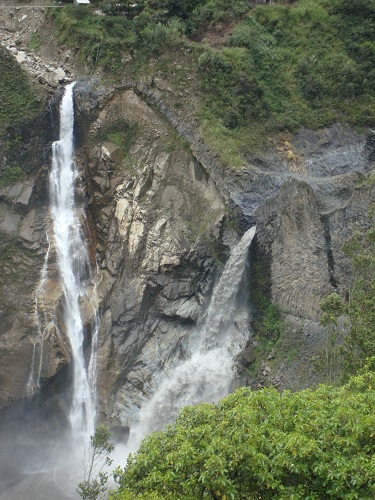 Some of the other waterfalls of Banos. 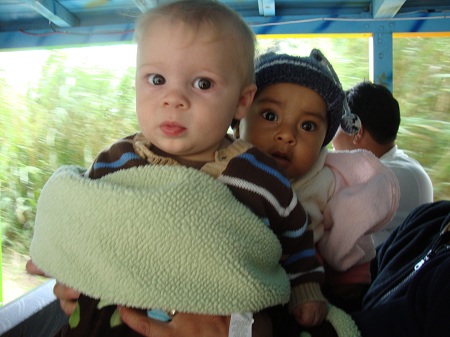 Simeon made a new friend on our tour of the falls. 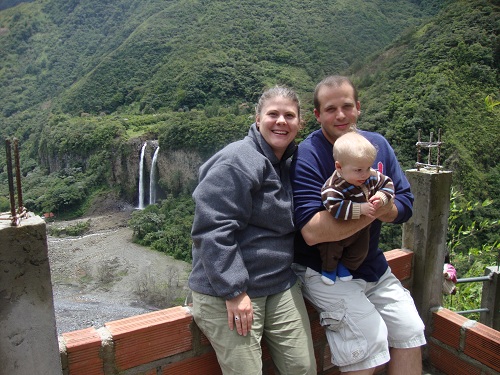 Family portrait in front of some falls.