Such a Simple Thing… 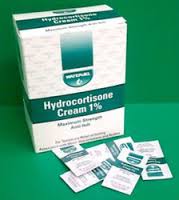 Such a simple thing…hydrocortisone cream.  We use it frequently for a multitude of reasons.  Who would of thought a simple packet of cortisone cream could open my eyes to God’s grace and mercy and TIMING!  To set the stage.  I had been seeing patients on a Wednesday.  I saw a young boy and his mother for what seemed like a fairly simple problem.  However, what would help the boy was hydrocortisone cream.  I didn’t have any that I could find in the clinic so I wrote a prescription for them to fill at a local pharmacy.  When I do this, it is always unclear if patients will be able to fill it or not and I felt bad about this, but there really wasn’t a whole lot I could do because I didn’t have the medicine.  I saw other patients and was basically finished for the day except for unpacking a couple of boxes.  We had recently received the container and were still going through a lot of the boxes.  The last box I opened was a box full of Hydrocortisone cream!  At that same moment, the boy I had previously seen and his mother walked by.  I was able to give them the medication the boy needed.  Is it a simple thing?  Of course.  I may have dismissed it because it was so simple, but to see how God even worked out something SO small in such a simple way was ONLY His hand at work.  So, as simple as it was, it was a reminder how God works together the small things.  I’m thankful for the simple things!