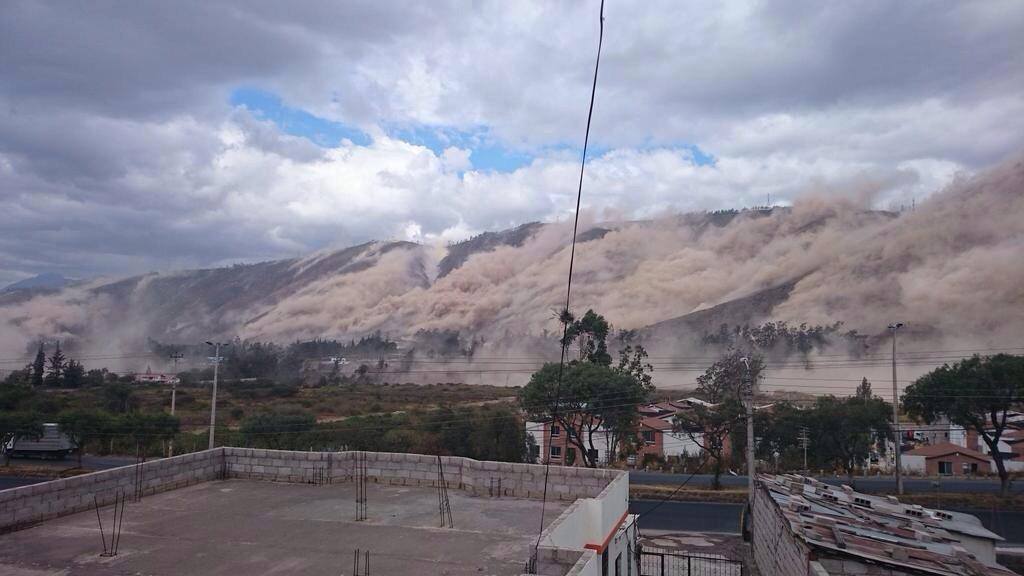 This was the scene outside our window yesterday as an earthquake measuring 5.1 on the Richter scale shook all of Quito with its epicenter just kilometers away from us.  Thankfully, because of the way that construction is done here, the buildings were prepared for the earthquake, so there wasn’t a lot of major damage.  The last reports we heard was that there were only 2 fatalities, numerous injured and a few people trapped in the wreckage.  The news doesn’t make it any easier for those affected, but we are just glad to hear that in a city of over 2 million people that the results were not worse.

For us, it has caused a little minor damage in our apartment but not much.  The big thing is that after the initial scare of the big one we have counted about 10 additional smaller aftershocks.  Each minor earthquake has us on the edge of our seats and huddling for safety as a family.

The picture that you see was taken of the mountains that you can see from our apartment.  When the original quake hit, you could see dust rising out the mountains as there were minor landslides that came down the hills.

Though the damage was not extensive please pray for those who were affected and that there are not any other major aftershocks that cause further damage and loss of life.  They are reporting that the earth’s plates still have not settled yet and that is why we are feeling so much continued disturbance.