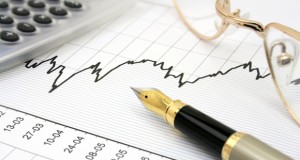 We have recently learned that our Ministry Account has gotten very low and will remain low or in the red the remainder of our time this year in Ecuador.  You may ask, “But Joel and Kim, how could this be?  You have said that you raised all of the support that was needed for your budget and you’ve raised the additional amount that was needed for your 5 month extension?” Yes, you would be correct in your questions and what we have explained about what was raised in the past for what was budgeted.  And for that we are compelled to give you all an enormous and grateful THANK YOU for being such wonderful and gracious supporters that have met our needs every time that we have asked!!!!

The time has arisen again in which we need to ask for help.  This has come about not because of the lack of support but because of an overage in spending.  Unfortunately, the overage in spending has been out of our control.  Things have been more costly for us than what was originally anticipated and for that reason we have gone above the amounts that were budgeted and for what we had raised support for.  We prayerfully decided early on in our time in Ecuador that even though we knew that this was going to be the case that if we felt that God was calling us to these ministries that he would meet all of our needs, including those financial ones, even if they went above what was originally planned.

Let us give you a few examples.  We were given a budget of $150 per month for our transportation costs.  Well, over the last two years we have had average monthly transportation costs of $425.  We were aware of this excess but we decided that God and the National Church were wanting us to serve in the Camp in Santo Domingo and with our most recent Field Study, so we felt that we should keep doing those ministries and he would provide.  A second example would be Kim’s recent news that she needed to take a couple of classes in the States.  She just got back from a week in Chicago taking a Covenant History class and she’ll be taking a Covenant Theology class in July in St. Paul, MN.  These classes have come about because of the fact that we are applying to be Long-Term Missionaries and return to Ecuador!  This is exciting for us but also it’s an additional expense.  She will have had over $3,000 worth of expenses once everything is said and done for taking these two classes.  If you are wondering why she’s not waiting to take them until we return to the States in November, it’s because of the timing for applying for Long-Term Missionary Status and seeking Consecration as Long-Term Missionaries in June of 2013 instead of 2014, which would delay our time getting back to Ecuador.  The third and final example is the fact that we have continued taking Spanish classes on and off when we were able to.  We had originally only budgeted for the first 6 months.  This hasn’t been a major expense because we haven’t done it an extraordinary amount of times but it is an extra expense nonetheless.

People have often told us before that they would like to have an idea of some of our different costs so that way they can support us specifically for one or several specific items.  Well, we provided a list of some of those items below to help you if you would like to support a specific cost.

We wanted to again provide the ways in which you can support us financially.  Those are: 1) Send a check to: Covenant World Mission, 8303 W. Higgins Rd., Chicago, IL 60631 and specify that the check is for “Joel & Kim Delp STM Account”; 2) Provide a one time or recurring gift online by clicking here: http://www.covchurch.org/mission/jkdelp/#more-4857

Lists of costs that have caused the over expenditure