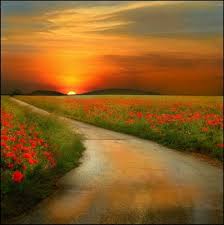 Once upon a time, there was a man named Elkanah.  He was born at a time when men could have more than one wife.  This was often to protect women because they had no status in society.  Elkanah had two wives – one was Peninnah (we’ll call her Penny) and the other one is better known.  Her name is Hannah, but it means Grace, so I’d like us to call her Grace.  Penny could have children but Grace could not.

Childbearing was a very important part of Middle Eastern culture during Old Testament times.  Children provided labor for a family and were seen a sign of success for the woman who bore them.  Grace, since she couldn’t have children, was considered an outcast.  But Elkanah saw that the act of having children was not her identity and he loved her deeply.

He would go into the mountain to worship God and would provide a sacrifice to the Lord. He would provide meat from the sacrifice to Penny and her children but he would give double to Grace.  He loved her and cared for her and her womb remained closed.  Grace would also go up to worship, but year after year, Penny would taunt her and tease her for not having kids.  Grace would cry and weep bitterly – she would get so sad, (we’d probably say depressed today), that she wouldn’t eat.

One day, for reasons we don’t know, Grace changed her behavior.  Instead of letting Penny bug/irritate her, she decided to pray to God, asking God to give her a child and promising to dedicate the child to the Lord all the days of his life  She took her bitterness and anguish to God, laying it at God’s feet.  Early the next day, they worshipped and then went home.  She and her husband made love and a baby boy was born.  She named the boy, “Samuel”, meaning GOD HEARD.  (Some translations say it means “asked of God”).

We don’t know how long Grace prayed for a child, but we know it wasn’t very short.  It was “year after year”.  Grace had a dream and she was in pain and anguish for quite a while because the dream was not being fulfilled.  She never knew if it would be fulfilled, but one day, she dared to pray in her pain and GOD HEARD.

I have also had some dreams.  In 1994, when I was in high school, I was taking French classes.  I dreamed that I would be able to work in French someday.  Five years later, I graduated from college and was willing to go anywhere God would send me.  I looked at mission agencies and tried to get to Europe, especially France.  I applied to 11 agencies and all of them fell through except for one… and it sent me to Japan.  It wasn’t until 2007 when I got to move to Belgium to work in French that my dream was fulfilled.  It took It took 13 years!

In 1993, I began to see that my identity was not in who I was created to be, but it was rather in dating relationships and being popular in high school.  I started to feel lost in who I was as a person and I prayed to be free from the power relationships had over my life.  It wasn’t until 2010 that I really experienced significant freedom in this area, learning who I truly was, and realizing that even if no one else liked me, I loved who I was becoming and was beginning to embrace God’s love for me in a new way.  It took 17 years.

In 1995, I was babysitting regularly for about 10 families and began dreaming of having 5 boys someday.  I pictured us playing sports in the backyard, running around with lots of energy.  This dream has changed over the years.  A year ago in 2013, we had a beautiful baby girl.  My heart melted and my dream was fulfilled in a completely different way than expected.  I don’t know how many children we’ll have, but this dream took 18 years before I saw action, and yet, it likely will never be fulfilled in the way I had pictured in 1995.

In 2005, while in seminary, I began dreaming of getting a PhD in Missiology.  This is the study of mission around the world, the method and purpose used, and the way Christ is incarnate in different cultures/peoples/languages/ethnicities.  I would love for this dream to come true someday, but now is not the season.  I don’t know if it will ever be fulfilled, or if it is, how many years it will take.

What kind of dreamer are you?  Do you dream like crazy and then pursue your dreams systematically?  Are you afraid to dream because you think, “Why bother?  It won’t come true anyway”?  Or are you like Grace and you bring your pain, sorrow, disappointments and anguish to God, surrendering your desires and letting go to “let God”?

I didn’t used to like to dream.  I was always afraid it wouldn’t come true.  I wanted to be married, but I gave up dating in a promise to God for one year.  That year turned into 5 years and then 6 and then 7.  I began to pretend I didn’t care.  I wanted to show people I was fine being single (I don’t need a man!) and I let my heart close to the dream.  Eventually, I felt I would burst.  I trusted the Passys, a couple whom I was working with, and told them my secret, very strong desire to be married.  They prayed with me and Pastor Passy showed me Matthew 7:7-11.  Here is the version from The Message:

7-11 “Don’t bargain with God. Be direct. Ask for what you need. This isn’t a cat-and-mouse, hide-and-seek game we’re in. If your child asks for bread, do you trick him with sawdust? If he asks for fish, do you scare him with a live snake on his plate? As bad as you are, you wouldn’t think of such a thing. You’re at least decent to your own children. So don’t you think the God who conceived you in love will be even better?

After years of being bitter, Grace somehow opened her heart to ask God for her deepest desire in a direct and sincere prayer.  She knew that when it comes to matters of the heart, our future plans, our emotions… maybe God knows something we can’t see right now.  God’s “no” or “not yet” may be the best thing for us even though they may cause frustration and anguish at the time.  Grace dreamed.  I dream.  We all have dreams and desires.  What was Jesus’ dream?

Right before he was arrested to eventually be crucified, he looked toward heaven and said a prayer in John 17.  It’s a very interesting prayer because he prayed for us!  He prayed by addressing God as “Father” and asked:

– that they (we) would know You, the only true God, and Jesus Christ (talking about himself here) whom You have sent

That we may know God and Jesus.  Be one, be one, be one.  Have joy, believe that God sent Jesus, have God’s love in us and Jesus in us.

He may have known this dream at a young age.  Some think this dream may have begun when his parents couldn’t find him and he was preaching at the temple when he was 12 years old.  We don’t know how long he dreamed it, but we know he didn’t start his mission until he was 30 and what he came to do wasn’t accomplished until he was 33.

Dreams can take years to be fulfilled.  Some dreams may never be realized in the way we are hoping or thinking.  But we believe in a good God.  We follow a God who prays for our JOY (I think this is so amazing) and wants us to know and be known by God.

Can we trust God’s love when the answer seems to be “no” or “not yet”?  Can we express our true emotions as we actively pursue our dreams?  And can we dare to dream new dreams because they help us stay connected to a childhood innocence, a deep faith and a trust in a good, loving Father (who is perhaps nothing like our earthly father)?  Let’s become dreamers.  Let’s open our hearts to the God who created us and wants what’s best for us.  Let’s wait for God’s timing (actively), trusting that God knows best.

This entry was posted in Sophia and tagged Devotional, Reflection. Bookmark the permalink.