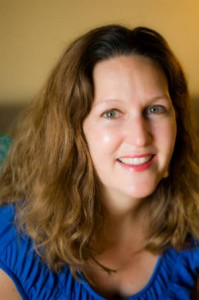 Born near Chicago, Illinois, Johnna was influenced greatly by her two sets of grandparents.  Her father’s parents had been missionaries in India and South Africa for many years.  Her mother’s parents supported her father’s parents and provided housing for their family when they were back in the States. When she was 5, her 9 year old cousin (missionary kid in South Africa), asked her if she wanted to ask Jesus into her life. From then on, she went to church by herself and began to read the Bible daily. Over the years, she went to Christian camps, served as a high school Sunday School teacher and as a camp counselor.  Her first international experience was a trip to Russia, Poland and the Czech Republic with her college choir.

After receiving a college degree in music and a certificate in music management, she went to Japan as a missionary to teach English, help with missionary childcare and music and sports ministry.  Later, she served as youth pastor in Iowa and eventually, received a call to go to seminary.  Upon graduation from seminary, Johnna served three years in Belgium as pastor of Outreach and Youth at a French-speaking African church. Trips to Ecuador, Sweden, Alaska, France, Italy and other countries helped strengthen her love for diverse cultures and languages.