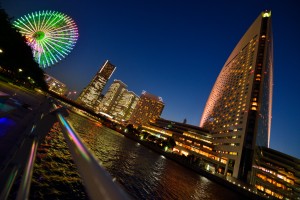 Tokyo is the capital of Japan, the center of the Greater Tokyo Area, and the largest metropolitan area in the world. It is the seat of the Japanese government and the Imperial Palace, and the home of the Japanese Imperial Family.

Tokyo is often thought of as a city but is commonly referred to as a “metropolitan prefecture”. The population of the special wards is over 9 million people, with the total population of the prefecture exceeding 13 million. The prefecture is part of the world’s most populous metropolitan area with upwards of 35 million people and the world’s largest urban agglomeration economy with a GDP of US$1.479 trillion at purchasing power party, ahead of the New York metropolitan area in 2008. The city hosts 51 of the Fortune Global 500 Fortune Global 500 companies, the highest number of any city. Tokyo has been described as one of the three “command centers” for the world economy, along with New York and London.