Rainy Season tends to end aro9und the middle of November. But before ending, the rains, lightning and thunder usually intensify. Thta’s what came to mind with the Halloween storm we just had. Strong winds and heavy rain, putting us over 500 mm (20″) for the month of October. That’s over half the precipitation our US hometown gets in a year. + 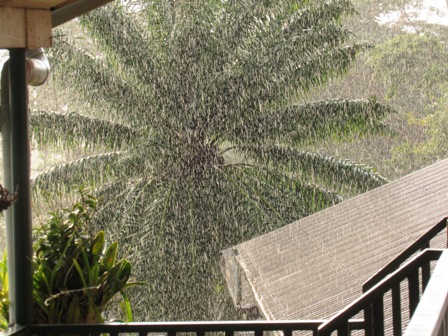 We hear trees snapping, breaking and falling around us, then go out to check on the damage. Mostly there was a lot of leafy twiggy debris. The sky opened up in places where tops of trees or whole trees had fallen.

The greatest damage from strong winds was suffered, once again, by the fence that keeps soccer balls out of the parking lot. The last time it was blown over was Feb. 2018.  Putting it back up was a major project. 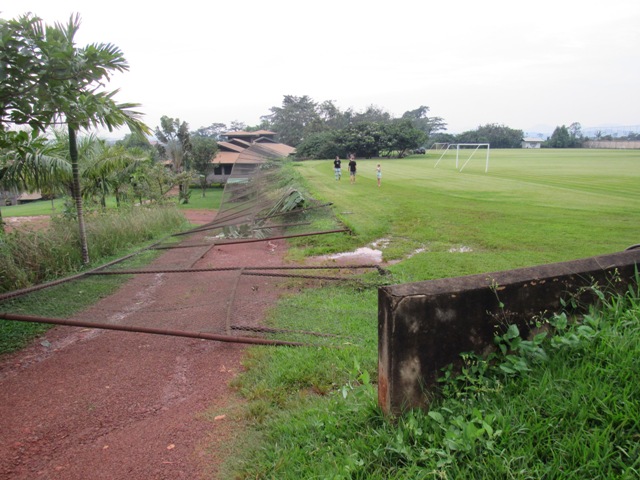 The greatest damage sustained from trees falling was to the shed where Ron keeps equipment for the school.  He and a couple of his crew spent the following day cutting up fallen trees and cleaning up debris. 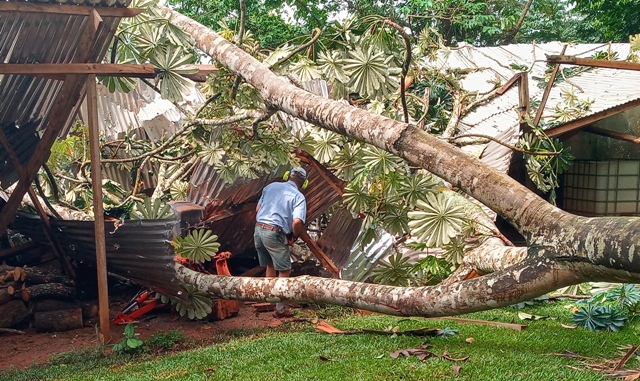 It wasn’t until he cleared away the fallend tree that he discovered the state of the backhow hidden underneath. Thankfully there does not appear to be damage to levers or hoses. This little backhoe has done a significant share of work. Hopefully it still works! 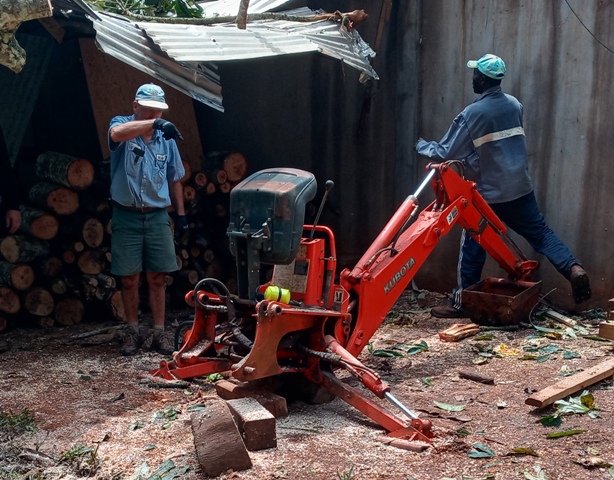 The beauty after storm can be breath taking! This month we were treated to a vibrant complete double rainbow. 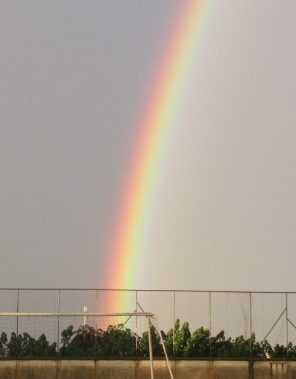