Or, Things That Kept Ron Busy During Covid Shut Down

Some of us have decided that an obligatory 2 week quarantine is actually helpful when travelling overseas! Instead of jumping right in to work, it’s kind of nice to be confined at home to get over jet lag, and readjust to life on the other side of the ocean.

Besides catching up on 5 months of life with Ron – ya, we talked and skyped on what we would have referred to as a “video phone” back in the 70s (watching The Jetsons Saturday mornings). But there’s something about being face to face that sparks memories to share and conversations to be had.

Evenings we were able to take walks over at the school campus, once all the staff had gone home and it was not populated. Ron showed me all the things he’d been working on in my absence…

One of the big projects was to build a sudio apartment under the duplex where we live. It was intended for a single short term missionary. However, due to covid, he returned to the US. Still, it’s going to be useful to have an apartment instead of an empty space.

Ron has also been perfecting his culinary skills. Covid restrictions prevented our cook and housekeeper from coming to the house. So he got pretty good at making his own pizza and cinnamon rolls! 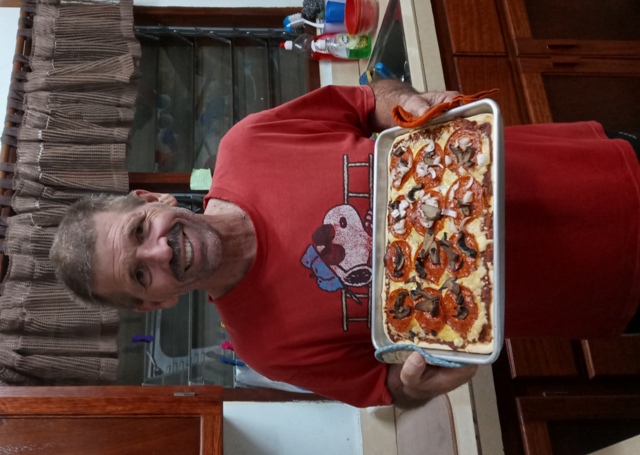 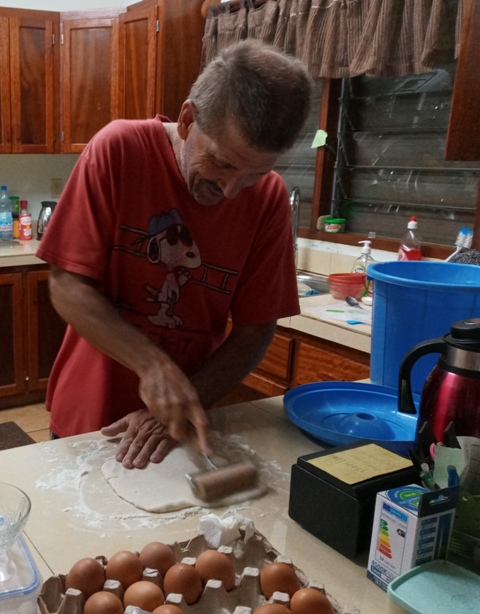