Staff Orientation
When a new school year begins there is so much orientation! New staff was oriented first followed by all of us returning staff; whether we’d been there last year or gone for a year.

New Student Orientation
Then the new students were oriented starting with some ice breaker games led by current students. 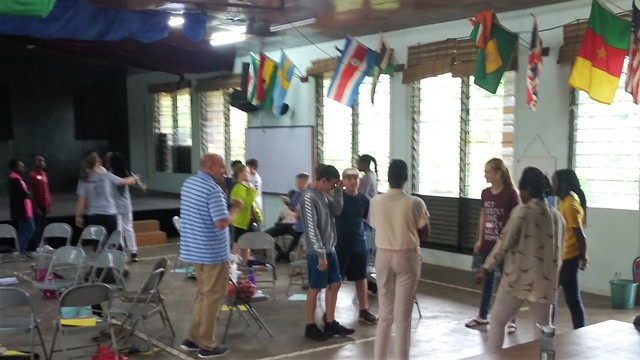 New students went on a tour of the school to various stations where they had ID photos taken, found out where their lockers are, learned where the PE showers are, and most importantly learned how one goes about getting lunch at RFIS. Speaking of which, everyone got tacos for lunch!

Parent Orientation
That evening even the parents were oriented to the new year, new, met teachers, and rotated to several classrooms to see what life is like for their children, and to learn important policies.

All Student Orientation
Tuesday was the first day of school for all returning students, and they too benefited from some orientation time each morning of that first week. We were all reminded of how things go at RFIS, and were informed of some new things.

The week ended with “Kick off day” == an afternoon of fun and games that are meant to help us all get acquainted and have some fun before the classes get really tough! 🙂