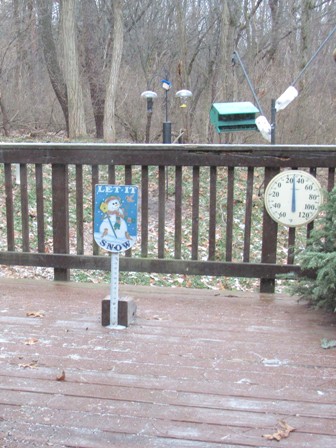 This is our back deck right now. We finally have a permanently fixed measuring stick to measure snowfall, so we don’t have to do what we did the last January we were  in the US (2014): 1. Shovel all but a square of snow on the deck 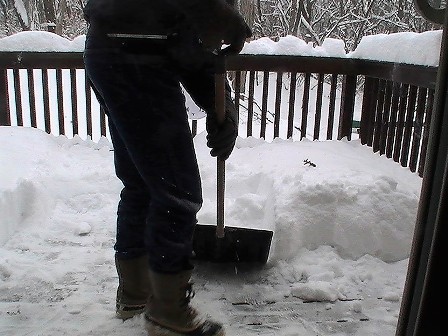 2. Walk out to the square of snow and measure. 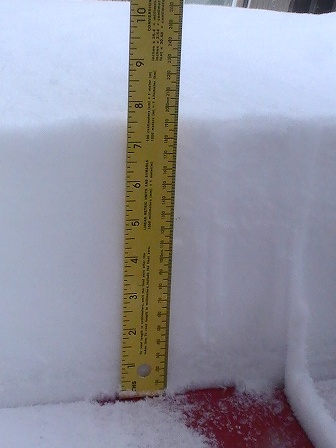 Not saying I WANT that much snow all in one storm, but maybe if you don’t want so much to shovel away, put out a measuring stick early in the season and watch it like a hawk.