Neither Jeff or I have been runners for more than a week or two at a time.  However this year we decided that we would join many others in our community to train for a 5K race.  In addition we even signed up to run a 5 K in California the day after Christmas.  So we have spent 8 weeks (more or less) gradually building up our distance and speed. 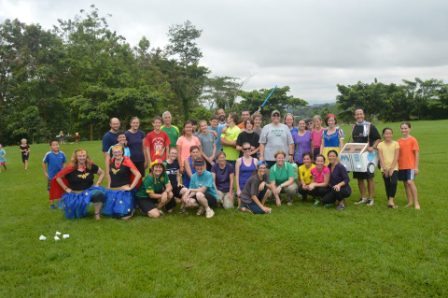 Carolyn had a set back when she got Dengue fever and had to stop running for 3 weeks.  Consequently she did not manage to complete 5 K but felt good about completing 2 K just two weeks after contacting Dengue. 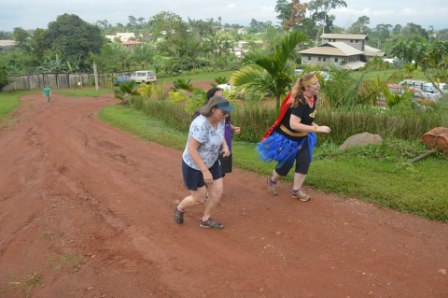 Trying to keep running up the hill 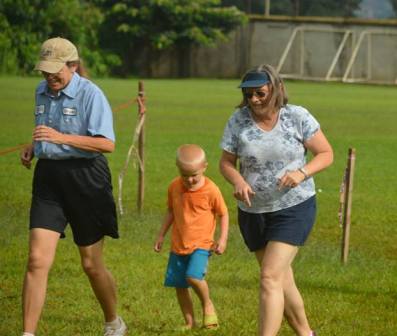 Running with friends always makes for a good time.

Jeff has been more ambitious – running with the high school students in the running club.  He did his 5 K run on October 31st in 38  minutes. 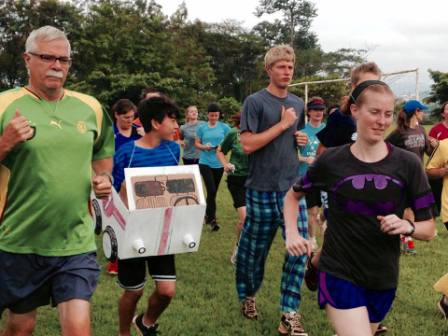 Jeff in his Cameroon jersey along with other runners sporting various costumes.

Unfortunately he has not been able to run since then since “something” happened to his knee while playing volleyball later in the day.So Jeff is waiting to see if his knee will heal with time and then he can decide if he should start running again or find another source of exercise.