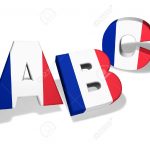 Our European coordinators, John and Letha K., (whom Johnna had the chance to work with years ago while living in Belgium), suggested we find a language school as a family to study French intensively when we first get to France. The timeline we’re hoping for is to be at 100% pledged by the end of June so we can rest in July and pack and fly to France in August. Ideally, we’d start language school the first week in September and go through the week before Christmas. We have been looking at three schools – one near Paris, one in Albertville, and the other in Annecy. The two latter ones are about a two-hour drive east of Lyon, where we plan to move after language school. We are on a waiting list for the one in Albertville and recently, after doing more research, Annecy has become our first choice.

The only downside with Annecy is that, unlike the place in Albertville, we must find housing and schooling for the girls on our own. So, we are starting to look at possible apartments for four months in Annecy. It is a gorgeous location in the Alpes and the classes are about 3.5 hours per day, five days a week. We’ve been told we need to find the apartment before we can start looking at the girls’ schools. We are excited to put aside time to study French and become more immersed in the language and culture before settling in Lyon. This will give us a great advantage to being able to communicate at a much deeper level before discerning the ministry needs in Lyon.

We have a friend of a friend who is Japanese and married to a Frenchman who recently moved to Annecy, so we’re in communication with them about details as well. On verra ce qui va se passer…  (We’ll see what happens…)

This entry was posted in Project Lyon. Bookmark the permalink.