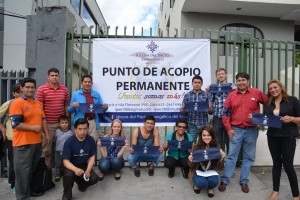 It has now been almost a month since the earthquake hit the coast of Ecuador, the official death toll is in the 600s but those are only the people that have been found and identified. Most people speculate that number is a fraction of the people lost in the earthquake.

The first two weeks were very busy, we were in Quito helping to coordinate food, water, and other necessary supplies that were being sent to the coast. The Covenant church has a camp here that they set up to be a temporary shelter for people who lost everything. There are 70 people currently staying there receiving medical attention, psychological care, and pastoral care.

Last week I (Erik) traveled with the president of IPEE and several church leaders to the coast. We first stopped in the city of Guayaquil to meet with Al Tizon (executive director of Serve Globally) and Pia and Eugenio Restrepo (regional coordinators of Latin America). The purpose of our trip was to bring supplies, encourage leaders and people who had lost everything, and begin planning the ways that the church and FACE can help in the medium and long term. 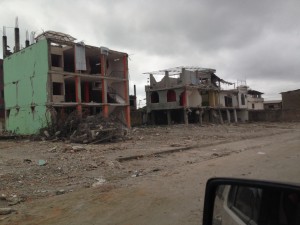 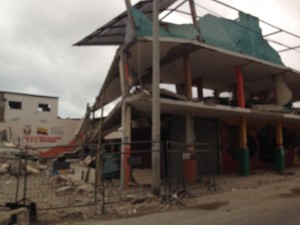 The amount of destruction is overwhelming. There are parts of the coast that look untouched and other cities that are completely demolished. Some buildings were left standing but are not structurally safe and will need to knocked down. The smell of death still hangs in the air in places where machinery can’t remove the piles of rubble. The streets are lined with tents. Some were given by relief organizations like the UN or SOS but most are just makeshift tarps or old billboard material that people are living in.

The destruction has been further compounded by flooding that happened before the earthquake and mudslides that happened after which blocked main roads from the capital to the coast. In these times of crisis the best and worst of people seem to manifest themselves in extremes. Stores were looted and emptied within hours of the earthquake. Trucks carrying supplies to the coast have been robbed before they reached any of the affected areas. People dress up as search and rescue workers to dig through the rubble and steal what they can. Families who lost nothing in the earthquake are registering for aid because they want free things.

It has been encouraging to see how the church has risen up in this time of need both in Ecuador and internationally. Financial aid has been sent from Covenant World Relief, the Covenant churches in India, Mexico, Finland, Sweden, Norway and there will be more to come.

In the cities near the epicenter leaders from local Covenant churches immediately organized themselves. The Covenant was one of the first organizations to bring supplies in some areas. The church in Manta everyday is cooking dinner for over 200 people who have lost their houses and are living in tents. Every night 12 armed soldiers accompany them to help maintain order and distribute the food. FACE has a large building in the city of Montecristi which has been used as a warehouse and distribution center. Trucks are sent from Quito and Guayaquil, arrive to the distribution center and supplies are organized and handed out or even delivered to families. 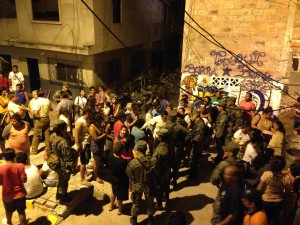 People waiting for their names to be called to get their dinner that is provided by the Covenant church in manta.

There have been medical caravans that have travelled to the camp and the coast, and there is a large team of construction professionals that will be going to the epicenter for a week to begin the process of planning and rebuilding. Psychologists and counselors are offering their services for free and pastors are traveling to pray and mourn with the multitudes of people who are losing hope. One of the Covenant churches in Montecristi suffered some damage and the Covenant church in Pedernales will most likely need to be demolished and rebuilt. The rebuilding process will take years and the Ecuadorian covenant church is invested in the long run.  If you would like to donate you can give through covenant world relief by clicking here.  We ask for your continued prayer and support in this time. 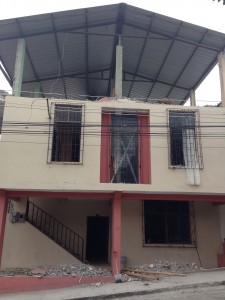 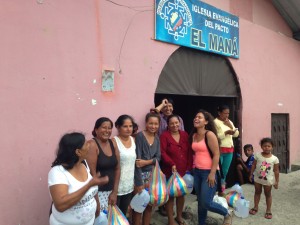 Families receiving food and hygiene supplies from the Covenant church in Pedernales. The church has suffered structural damage and will need to be demolished and rebuilt. 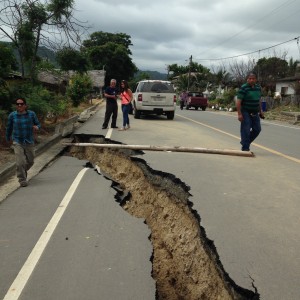 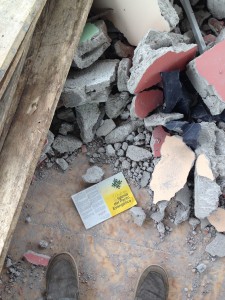 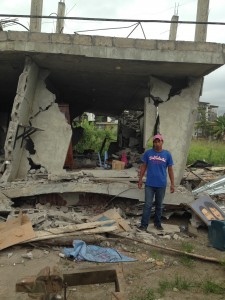 This is Edgar, one of the church leaders from Pedernales. The structure behind him is the second floor of his house and welding business. The first floor collapsed seconds after the ran out of the house. 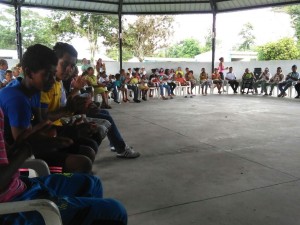 A mothers day celebration for the people that lost their homes and are staying at the covenant camp. 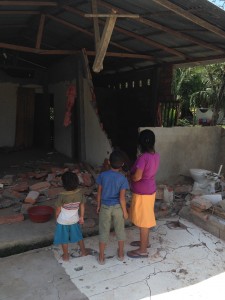 There were ten people living in this house, now the family has decided to move to a bigger city but the widowed grandmother wont leave the place she was born and raised.