scars on the asphalt

The scars on the asphalt can still be seen through intersections and along highways. The pockmarked and cracking streets—where burning tree trunks, tires, and razor-wire had blocked off neighborhoods and major roadways during the eleven days of national demonstrations and strikes—are a physical reminder of the chaos and uncertainty experienced here in Quito early in October. What cannot be seen are the emotional, psychological, and social scars that are left as well.

While the government backed-off its implementation of IMF-backed economic measures, “preventative” arrests are ongoing, the confederation of indigenous nations have publically declared the intention of forming their own security force, and a continued level of uncertainty remains. Many people that I have spoken to from a variety of backgrounds want subsidies for those who need them, affordable transportation, better education, and a reduction in corruption. However, they also just want to go to work, school, shop, and participate in whatever other activities they may be involved in. The violence generated from some protesters and the reaction by the government shocked many. Accusations of political party and foreign agent infiltration have caused fear and anger. Additionally, the shutting off of streets and brining the country to a stand-still seems, to many people, an antiquated protest option that seems to harm the most vulnerable communities more than bring about any long-lasting change.

Many industries lost huge amounts of production, especially in major agricultural areas like broccoli and flowers. These loses are felt most by the field hands and farming families that are the least able to handle such disturbances in their pay. While the protests staved off an end to subsidies for now, many wonder how long austerity measures can be delayed. More, importantly for many the issues of corruption still stand. Commissions were created to discuss alternative austerity plans, but many people are asking for commissions to investigate corruption.

All these questions relate to an ongoing unease. The strike brought out the menacing, and often hidden, realities in our nation that are always just under the surface. Xenophobia, racism against indigenous peoples, vandalism, totalitarianism, classism, and regionalism between Coast and Sierra burst forth in a deluge of public displays of angst and apprehension. These are the unseen scars that we are left with. The church as reconciler (2 Cor. 5.18) must encounter these anxieties .

Sharing a parish pew is a taxi-driver responsible for closing off the roads into a neighborhood and a police officer responsible for charging drivers with a baton. An elder of one church is a former military officer watching his former comrades fend off stones and bricks, wondering aloud if the use of force has been a bit excessive. Meanwhile, another elder of another church is an indigenous marcher wondering if they should have really left the fields behind at this time of year while watching young students being hit by police motorcycles.  All of these collisions and doubts will not just go away with a negotiated peace.

We serve the Prince of Peace, and 1 Corinthians 3.9 calls us “God’s fellow workers. You are God’s field. You are God’s building.” This work, field, and building we can imagine as one of peace and justice. A place where people can be heard, where people’s economic struggles can be understood, and where governments would come to the table to dialogue rather than sending out the troops. In the same way, this peace project would be a place where anger would be heard rather than turning to looting, vandalism, and indiscriminate destruction. Christ imagines the reign of God like a mustard seed, a small presence of enormous possibility (Mt. 13.31). Often reconciliation begins in the smallest sense of possibility.

While life seems to be back to normal, the seen and unseen scars across this nation remind us of the work as reconcilers, justice-seekers, and prophetic peacemakers we are called to be. It is not easy work, balancing all these feelings, all these involved groups, all the politics, and all the histories. At times it seems too complex and we may fear “taking-sides” or being misinformed, or reacting too strongly, or getting it wrong. But the reality is we will never get this work “right.” It is not about getting it “right,” it is about planting that smallest seed, being present and recognizing the breaches of trust. Reconciling ministry provides space for voices that express lament while also calling forth hope. We cannot ignore the pain that has been inflicted on one another.  We must look at the scars and ask the hard questions, “Who do we wish to be as a people? Rather than ignoring the scars, how will we bring forth reconciliation, peace, and alternatives to the violence and chaos that has been offered?”

May the God of hope fill us with all joy and peace in believing through the power of the Holy Spirit. Amen. (Romans 15:13) 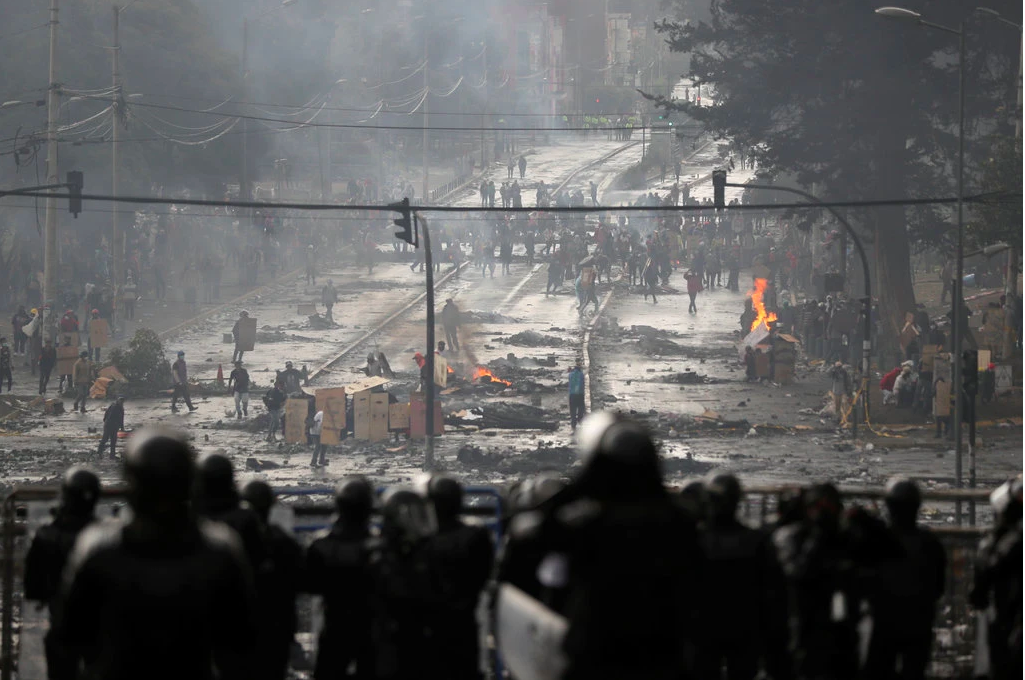