choose your own adventure

At the end of September, I was able to participate in another women’s holistic health caravan alongside some of my other Serve Globally colleagues.  It was another great week of being able to engage in ministry together in a way that we don’t often get to.  Serving alongside each other and seeing all of us contribute unique and different gifts is such an encouragement. It was also a week in which plans seemed to change a million times, starting off with our car breaking down on our way to the town that we were supposed to be working in.  At one point I mentioned that the whole week ended up feeling like one of those choose-your-own-adventure books that I used to read when I was a kid…only that we weren’t the ones picking the changes or the next switch to the plot line!  Little did I know that the week at the woman’s caravan was only the beginning of a month plus of just those kinds of adventures.  So, I just thought that I would let you all know a brief summary here. 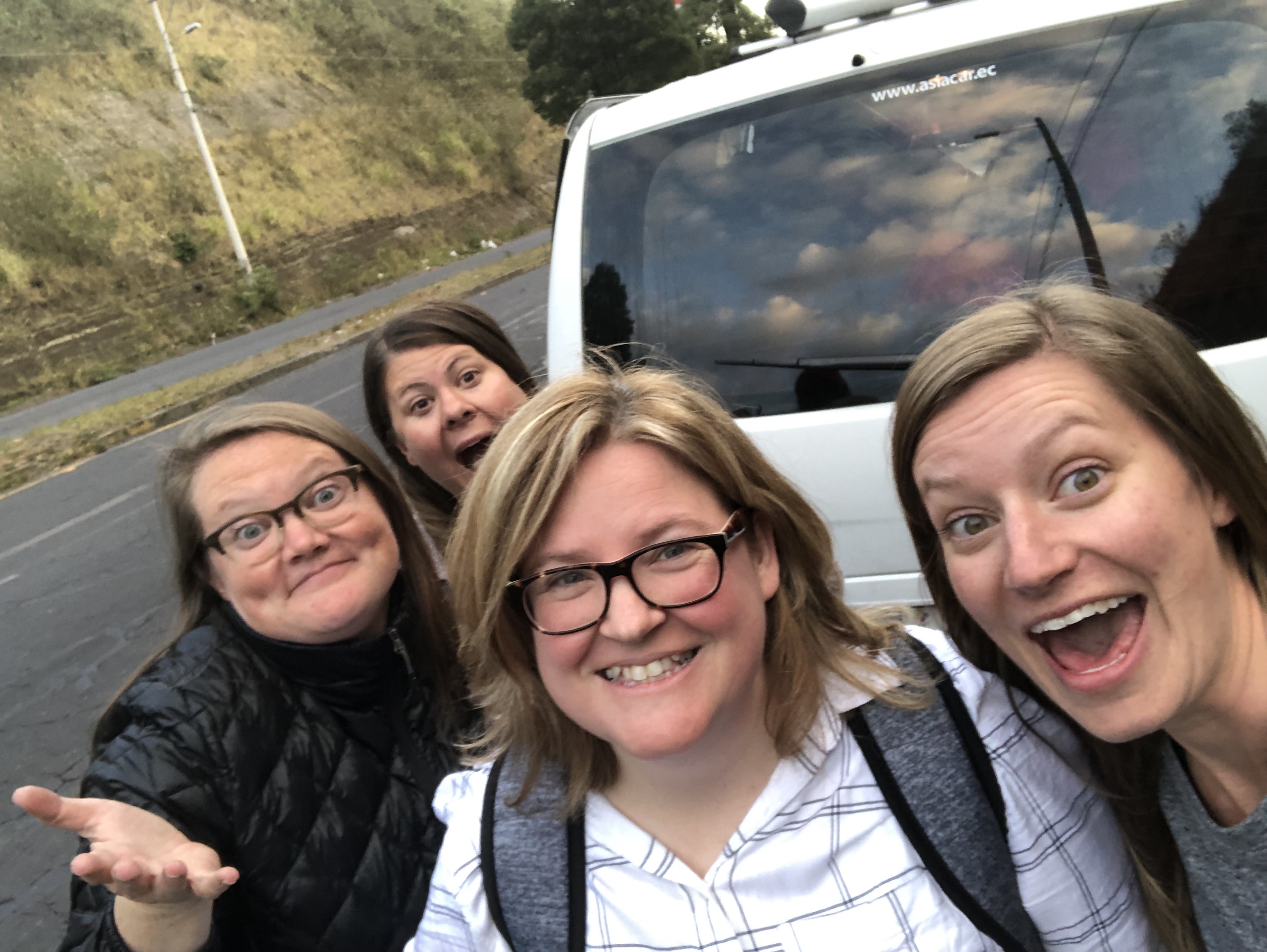 Adventures kicking off with the car breaking down! 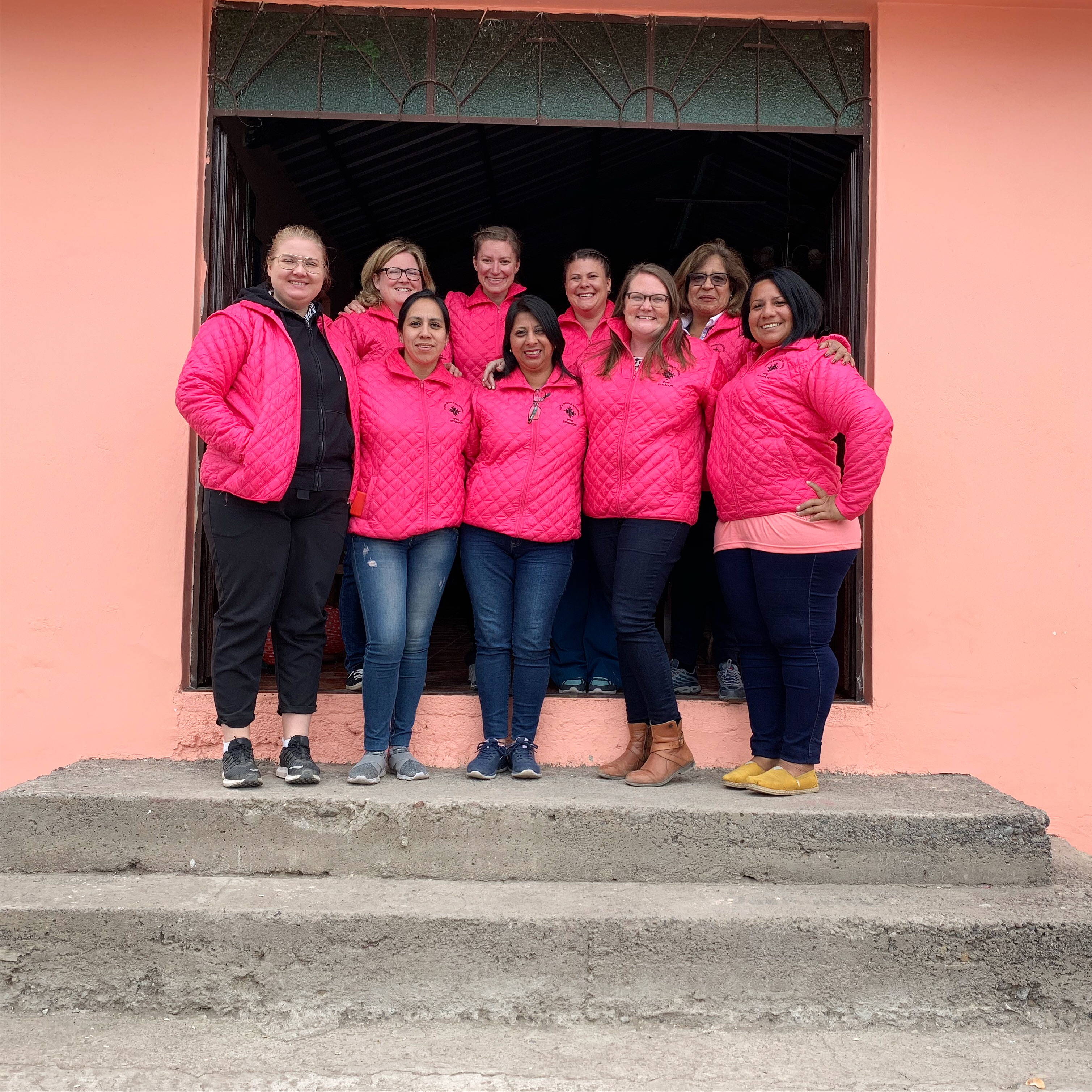 *Our dear friend and colleague Annalea Egging transitioned back to the US on October 2.  Annalea had become such a dear friend and really a part of our family in the 2+ years that she spent in Ecuador and so you can only imagine it was a heartbreaking goodbye for our entire family.  I drove Annalea to the airport on the evening of the 2nd, and on our way we noticed lines at the gas stations that were kilometers long due to the president’s announcement of gas subsidies ending at midnight and thus began the instability that led into the next few weeks of protests in Ecuador.  Unfortunately, Annalea’s flight ended up being cancelled because there were supplies needed onboard the plane that were unable to be delivered to the airport due to the road blockages that were already starting around the country.  So, early in the morning Annalea ended up back at our house (she had been living with us for about a month before her departure date) for a little bonus day.  It was great to have a bit more time, but I think it was especially exhausting for our kids to have to say goodbye not once, but twice to this dear friend! 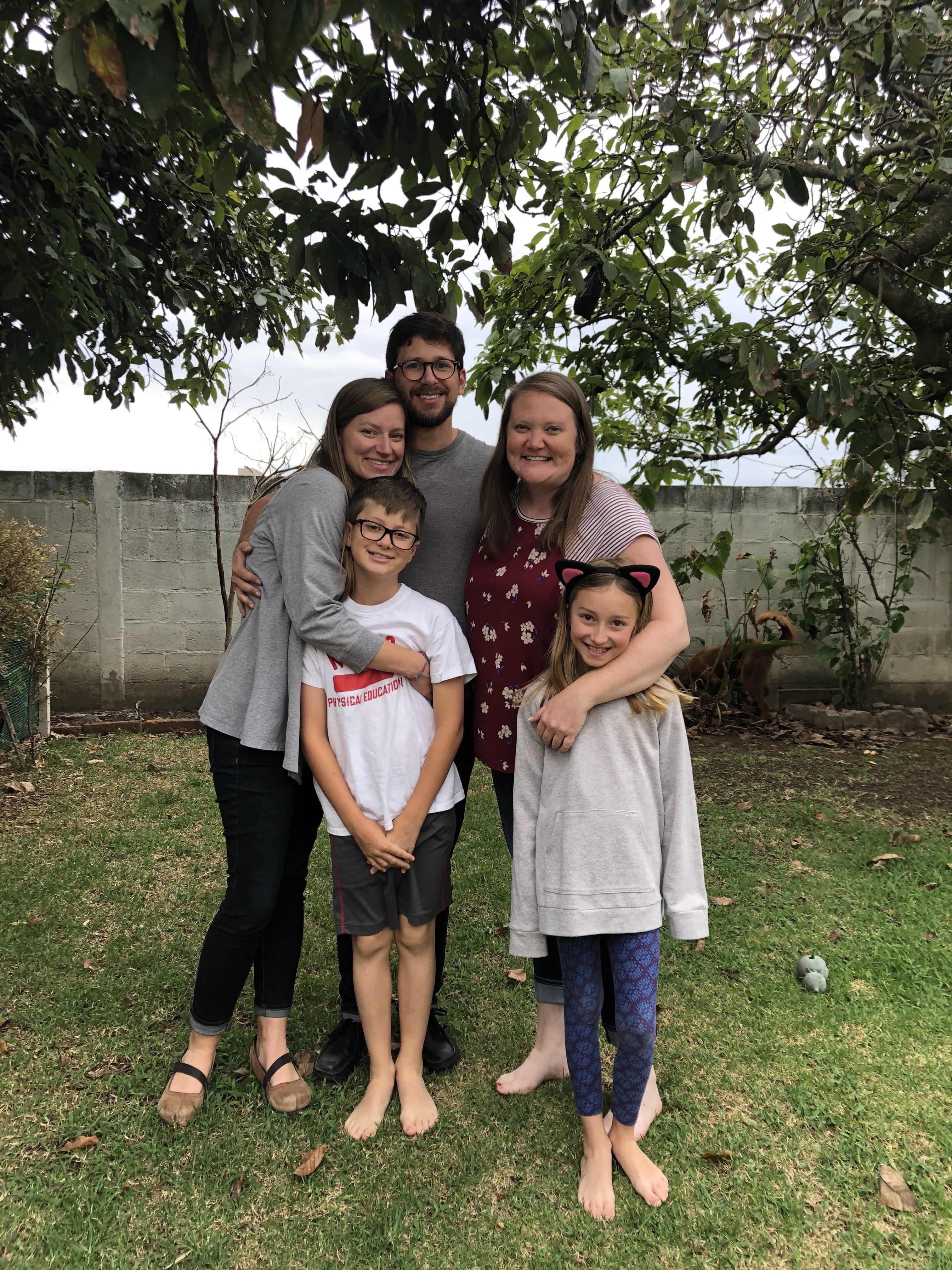 *The same day that Annalea was planning to leave, we had a team of pastors flying in to participate in a ReVision Trip that we were helping to host.  A ReVision Trip is an opportunity for pastors and other leaders to travel to another area of the world to learn from local church leaders around a specific topic.  The team landed safely, but almost immediately we were in crisis mode as Ecuador erupted in widespread protests, road closures and demonstrations.  Plans were changed many times and unfortunately many of the ministry site visits we had planned were not able to happen.  After a couple days of making adjustments and watching the political situation evolve, the decision was made to send the group of pastors home early to avoid any undue risk to them and added responsibility and stress to us as we all navigated an ever-changing and uncertain situation.  The group of pastors from the East Coast Conference were so easy-going with the constantly changing situations and an encouragement to us in the short amount of time they were in Ecuador.  Despite plans changing and time cut short, it has been clear that God still worked in amazing ways. 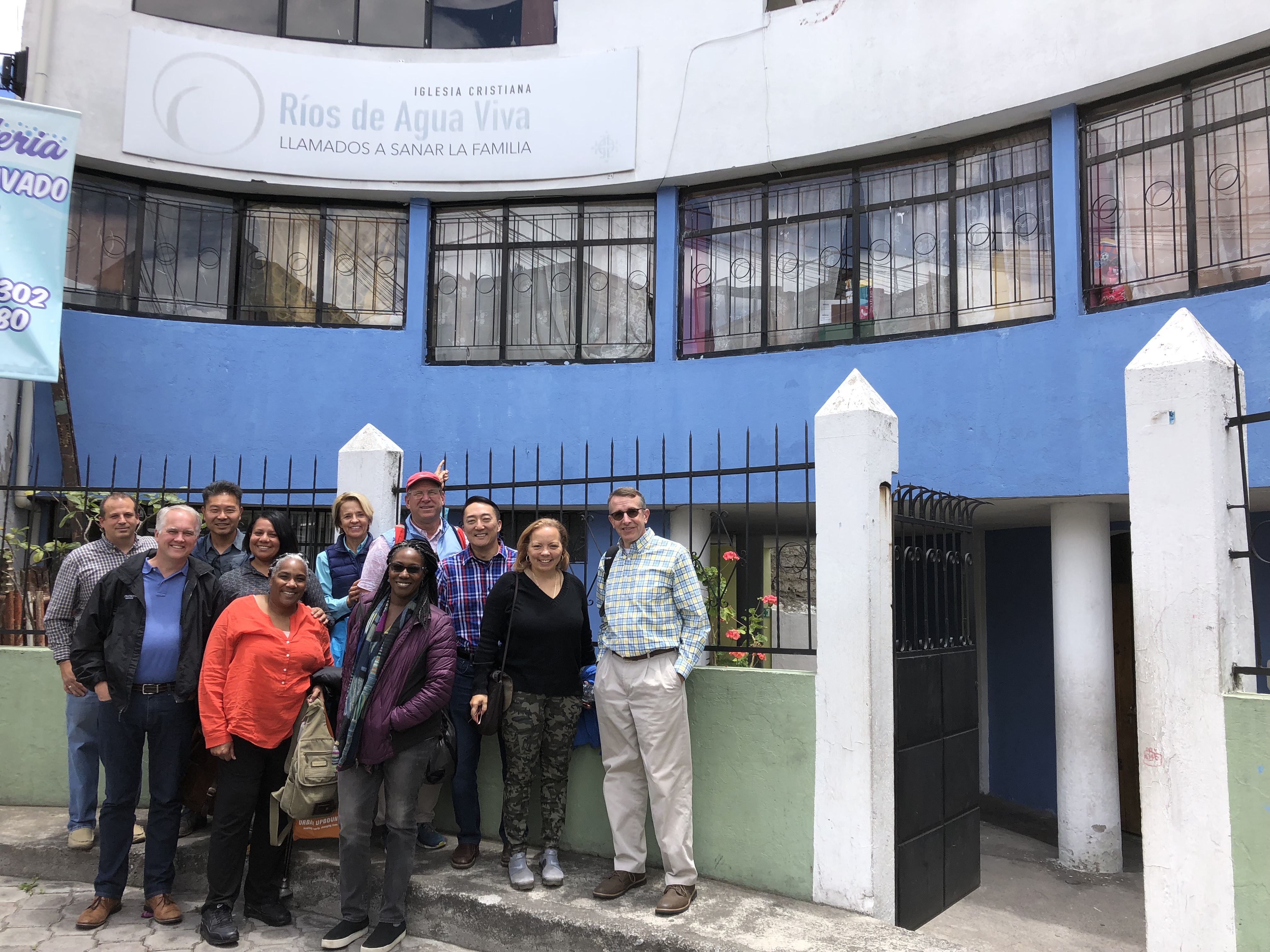 *Just 2 days after the pastors from the ReVision trip were scheduled to leave, we were supposed to be hosting a group of students from North Park Seminary coming down to participate in a class on Trauma and the Caretaker.  This team was going to be made up of NPTS students, Ecuadorian students and leaders, professors and a couple of other Serve Globally personnel serving in other countries.  After many discussions with all parties and leadership from Serve Globally, the decision was made to postpone the trip until next spring.  It came with some relief for us to not need to be concerned with the responsibility of others in country, while also lamenting all of the time and effort that had been put into creating this course and mapping out the logistical details.  We pray that we will still be able to go forward with the course next March and that many of the same participants will still be able to be involved.

*Shortly after the protests in Ecuador, Chile also erupted in protests that are still ongoing. This unfortunately happened at the exact same time that CIPE, a triennial gathering of leaders from all across the Americas, was supposed to be happening in the country.  The meeting still went on, but many were not able to make it because of the protests.  We were not planning on being there, but have countless friends and colleagues that were.  So, we spent days concerned about them as they traveled and watched as more plans that had been in place for years were not able to come to full fruition.

*After the CIPE meetings, we were supposed to be helping to host ECC president John Wenrich and his wife Julie in a visit to Ecuador.  Because of the protests earlier in October, their trip was also canceled.

*At the beginning of last week, we hosted Al and Janice Tizon (Executive Minister of Serve Globally) and Dave and Ronna Husby (Director of Covenant World Relief) as they met with leaders here in country and traveled to visit CWR projects.  We were grateful they were all still able to make the trip after nearly a month of having visitors’ plans and travels cancelled.  Some of their schedule here was still a bit tight and changed at the last minute due to national airlines making itinerary changes while they still try to recover from the protests last month, but overall the visit went extremely well and it was encouraging for all. 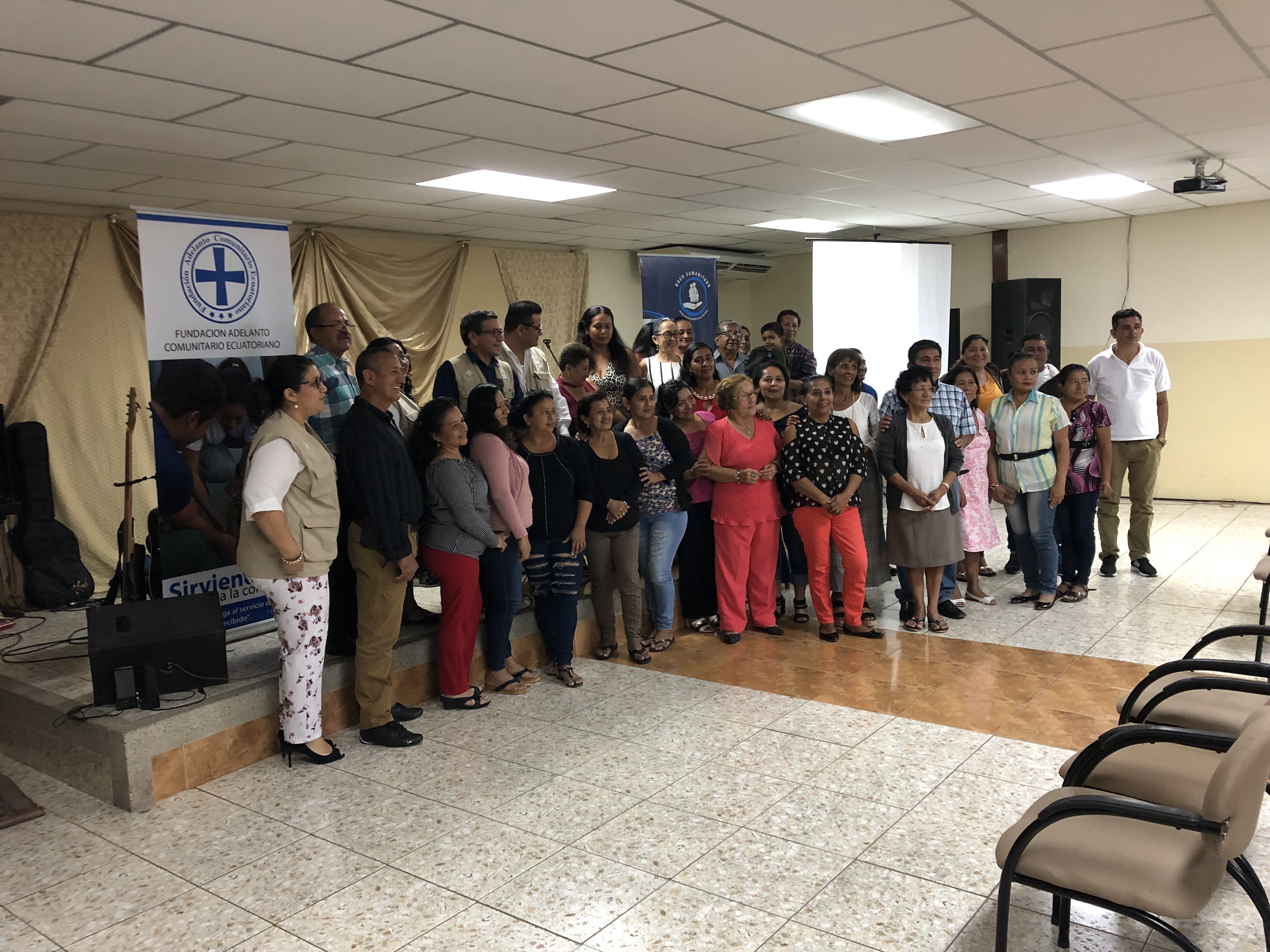 So needless to say, it has been a bit of a crazy 6-week stretch for us for a variety of reasons.  We have watched months of planning and work be changed at the last minute and have had to let go of plans that we have had.  In many ways, in ended up being a little bit quieter month than we had first anticipated, but it has been exhausting in many other ways.  So, as we pick up the pieces and re-plan some of the parts, we again get to practice surrender and living into moments we may never fully understand.  And we trust in a God that is present in the greatest of plans executed and also in the pieces that fall apart, never to be put back together in the ways we had once imagined.

(And!  In the midst of it all, I snuck away to Alaska to surprise my sister to be able to be with my entire family for the court date when my niece and nephew were officially adopted!  In the midst of the protests flights were constantly being disrupted and access to the airport was shut down multiple times.  Thankfully, there were no issues with my early morning flight and Chris was able to drop me off at the airport without issue – just 4 hours before the road to the airport was blocked off for the remainder of the day.  So beyond grateful that I was able to make it out to be with my family for this important day!) 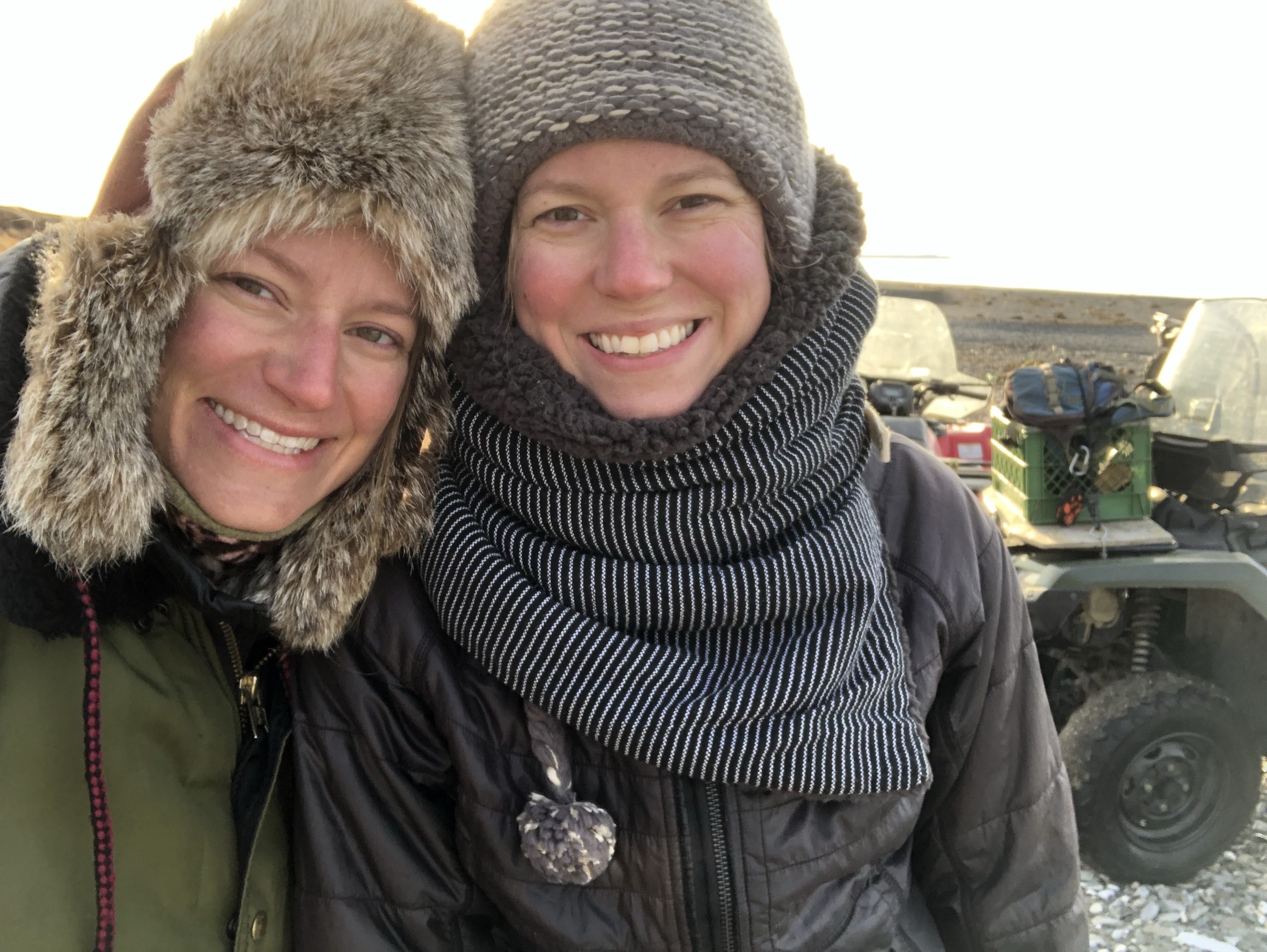