Beginning on October 3, Ecuador entered into a national strike and protest against the elimination of the diesel and gasoline subsidy. The Confederation of Indigenous Nationalities of Ecuador (CONAIE) has confronted the government and the International Monetary Fund’s measures that aversely affect the indigenous farmers throughout the countryside by removing the US $1.3 billion subsidy. Even the United States, one of the world’s strongest economies, depends on subsidies to undergird its agricultural production. The government announced the elimination on Wednesday evening with immediate effect Thursday morning without any indications of how it would help farming families deal with a doubling of fuel prices overnight. Moreover, many are against an external, non-elected entity, dictating national policy and economic measures such as the IMF. The strikes began early Thursday the 4th and have been ongoing since then, culminating with around 25,000 indigenous people leaving their territories and entering the capital city of Quito. 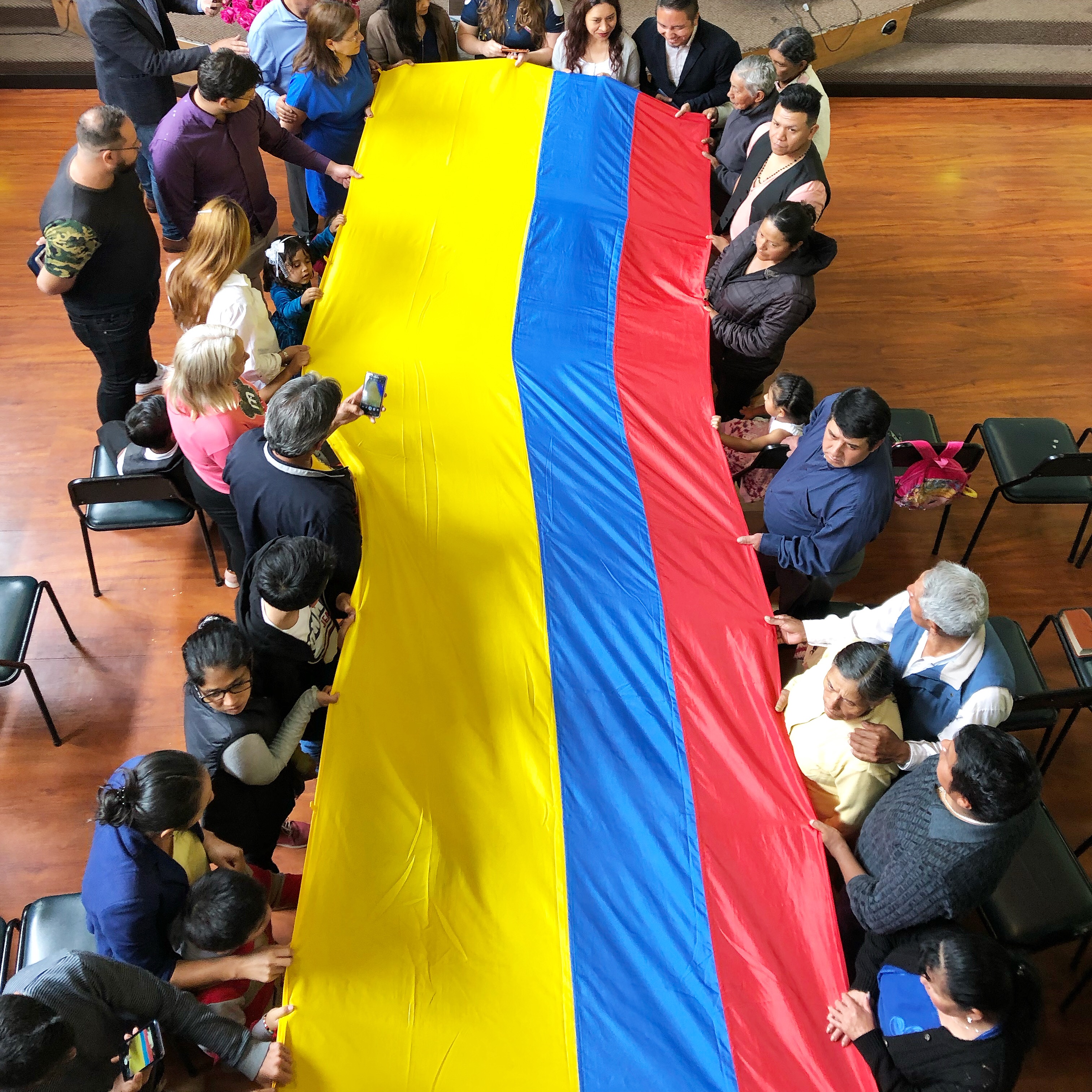 The government reacted quickly, not through dialogue or announcing alternative measures to help farmers, but by deploying troops in an attempt to stop marchers. “Precautionary arrests” of union leaders and unconfirmed numbers of arrest and accusations of torture have quickly alarmed the United Nations and other human rights observers, the church, and university faculty close to the scenes of protest. A young student fell from a bridge and died in Quito as motorcycle police units sped through the streets. A total of eight protesters have died. Several Covenant pastors as well as a group of medical personnel from the Santiago Partnership who have been near the protests to provide medical attention have expressed grave concern about the level of repression and force being used by the military against unarmed protestors. Reports have arisen that indicate the military has used maiming explosives and teargas against peaceful crowds that include women and children. A hospital also had teargas enter its grounds and facility.

Military personnel are trained to use the tools of war to achieve deadly and effective objectives. When a government employs the military against its own unarmed citizenry, it is inevitable that the government is asking—unfairly—for the military to commit egregious and unmerited violent acts with repressive consequences all in the name of “peace and order.” These tactics and policies, employed by military regimes and police states throughout Latin America in the 70s, 80s, & 90s—and still ongoing in Central America, Venezuela, and resurfacing in Brazil—are not new here in South America. These “safety measures” resulted in the disappearance of hundreds of thousands of citizens, many of which are still missing and unaccounted for.

In ancient times, the scriptures remind us, the guises of law and order, peace and safety, duty and responsibility have been used and abused by the powerful. 1 Kings 4.24 notes that “King Solomon had peace all around” and “there was peace between Hiram and Solomon” in 5.12. But when we read more closely we begin to ask, “peace

for whom and with whom?” First, immediately following this declaration of peace the writer notes the size of Solomon’s military force, and how these horsemen “let nothing be lacking” (4.27) for the king and his court. Anyone who has been around mounted police know how frighteningly swift horsemen can, “move to where it is required” for the state. The question is also raised how did they ensure nothing was lacking? Whose barley, wheat, wine, and livestock was brought forth for tribute? The horsemen completed the duty that the king’s court required of them, but at what expense of their own conscience. Perhaps Solomon slept peacefully at night, but did the enforcers of his tribute and the farmers in the countryside.

More starkly, chapter 5 reinforces this ambiguity or paradox between safety and peace with oppression and fear. While Hiram and Solomon in verse twelve make a treaty, verse thirteen immediately and without comment announces that forced labor of 30,000 people was instituted by Solomon with an additional 70,000 “burden-bearers.” These contrasts within scripture cause a reader to wonder the price of the treaty on human life in a similar way many are questioning the price being paid in the name of “prosperity and growth” by a deal with the IMF.

As much concern surrounds a police state and a healthy fear around Latin American history repeating itself through instituting martial law and suspending certain rights, it must also be acknowledged that violent and destructive protest carries some blame, and is counteractive to the very aims the protestors and strikers hope to see.

Only a quarter of violent protest-led regime changes succeed, according to Harper’s Magazine Index [https://www.instagram.com/p/B3Zro6FBMGz/] reviewing the last century, while one-half of regime changes brought through peaceful protest create lasting change. By violent confrontation the very communities that protestors hope to empower suffer the most from indiscriminate looting, vandalism. In turn, vandalism encourages the state’s response through indiscriminate excessive use of force and brutality.

When a day laborer cannot reach work due to road closures or attacks on transportation, the protests exacerbate the struggling workers that they hope to benefit. When small family-owned stores and even major grocery stores have irregular access to food deliveries, the communities that depend on this access to goods as well as the owners who live along very small margins suffer the most. When violent parties enter the ranks of the protesters to throw Molotov cocktails or stones, this gives the military a perceived justification for excessive force. This minority of people who have taken advantage of the situation is whom the government hopes to broadcast to the world.

As we enter into the ninth evening of protests, as conflict continues, as more numbers of protesters are being reported dead, and new measures of martial law are implemented we pray for peace. We seek dialogue between parties and search for true justice and true peace, not more repression and violence in our streets.

Oscar Romero, also living in a time of conflict and a police state, preached the following:

“Brothers and Sisters, as the prophets announced

to the captives in Babylon

hours of joy and freedom,

it can seem like a joke, the word of the Church

while others believe more in violence,

The Church will never walk those paths,

and everything that is said towards that sense is false.” – 18th February, 1979

May we see the justice, peace, and love of Christ in Ecuador.