hope for the future :: being good neighbors

“People are just now realizing that this is the rest of their life. The future has happened. It happened the 16th of April 2016. That date determined the future. We have really only just begun the work of uncovering that pain.”

Those were the words of the technical advisor, engineer Jairo Mendoza, for the Proyecto Buen Samaritano, or the Good Samaritan Project. The Buen Samaritano Project was formed after the devastating earthquake that destroyed huge areas of Ecuador’s coast last year. People from the congregation of La Victoria church began with bottled water, then breakfasts, then serving several hundred meals twice a day. Equally important, they listened, they mourned, and they stood alongside their neighbors as rubble was removed, homes demolished, and more and more buildings were condemned. This was immediate aid, food, counseling, and shelter. However, it became clear to the project team that they needed to plan a next step to recovery. That is when they approached Covenant World Relief (CWR) with a specific idea: help small business owners who have lost everything get started again.

Their wisdom and experience led to the development of a new grant, Long Term Recovery. While most previous grants were given by CWR in direct response to immediate needs of a disaster or are aimed at disaster prevention and mitigation through community development work, the Buen Samaritano project addressed a critical point of response. Eighteen months after the earthquake most NGOs have moved on, the government has run out of money, and the world’s media has long forgotten the devastation wrought by the event. However, people on the coast of Ecuador are just now beginning to integrate the disaster into their lives, they realize life has to go on, even though they have no permanent home or their former place of work will not be being rebuilt. This is the critical time in which economies, families, and communities move forward through innovation and determination, or unfortunately they flounder and fragment. 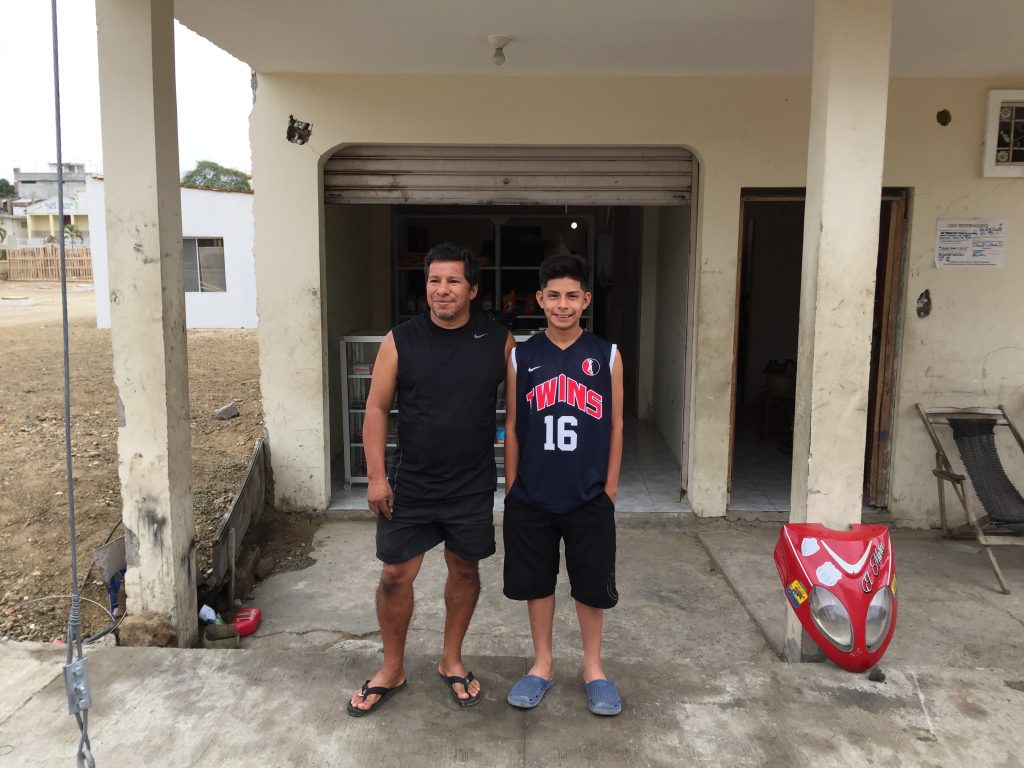 Through the Buen Samaritano project, 26 families will not have to emigrate, but through the support of the project team and CWR be able to support the rebuilding of the coastal city, Manta.  Last week, we were able to host Dave and Ronna Husby from Covenant World Relief and Covenant Serve Globally. They were able to come and visit with the project team as well as visit 6 people who are the first to re-start their businesses in some of the hardest hit neighborhoods. Each proprietor completed an asset-based survey to determine his or her skills, gifts, and passion. They then went through a series of workshops and trainings in business planning, marketing, and administration. They also receive visits from project team members as well as their “godparents,” members of the church to provide emotional and spiritual encouragement during this rebuilding process. Then they received equipment loans from the project in order to start these small businesses. Several of the business have already reopened are becoming the initial signs of hope and revitalization in their neighborhoods. 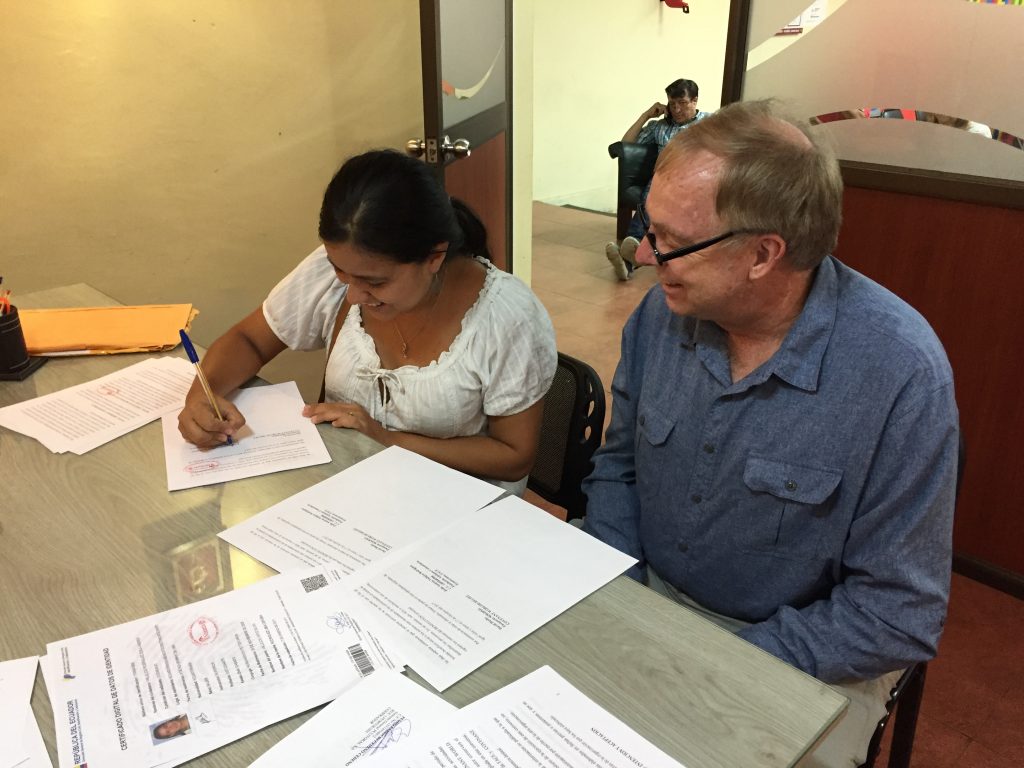 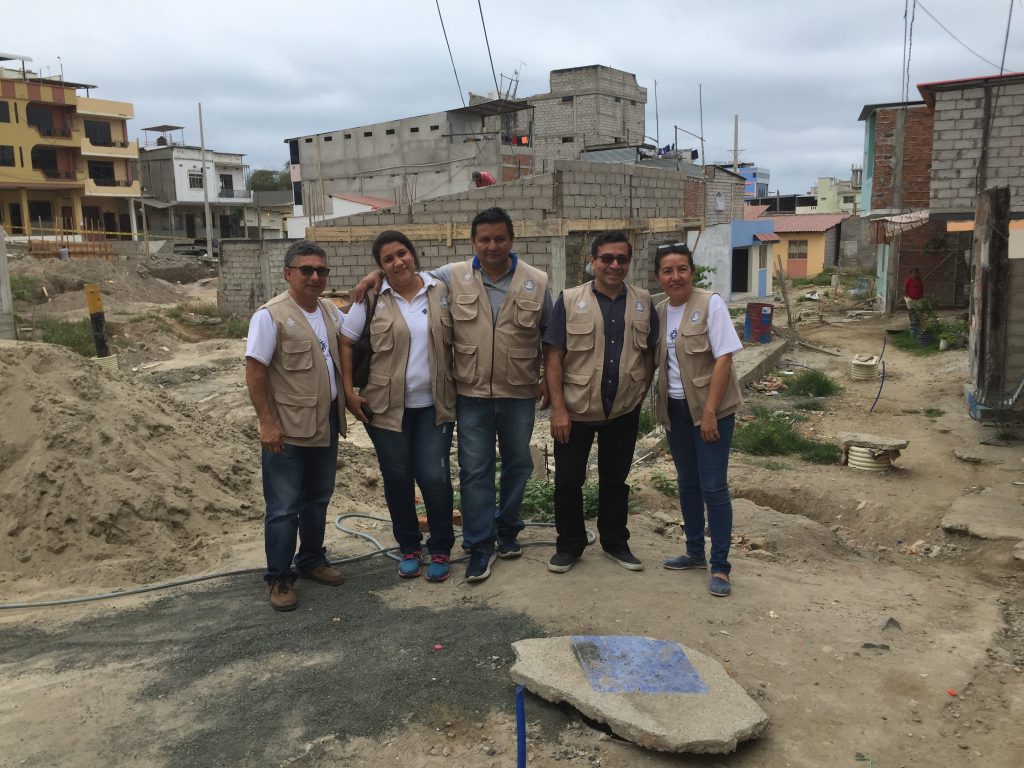 Perhaps the most telling-sign is that people in the city know these 16 people who formed the Buen Samaritano project. As we travelled and walked around the hugs, laughs, and smiles were a sign and reflection of Light and Hope that is returning to this city with people simply being good neighbors to one another.