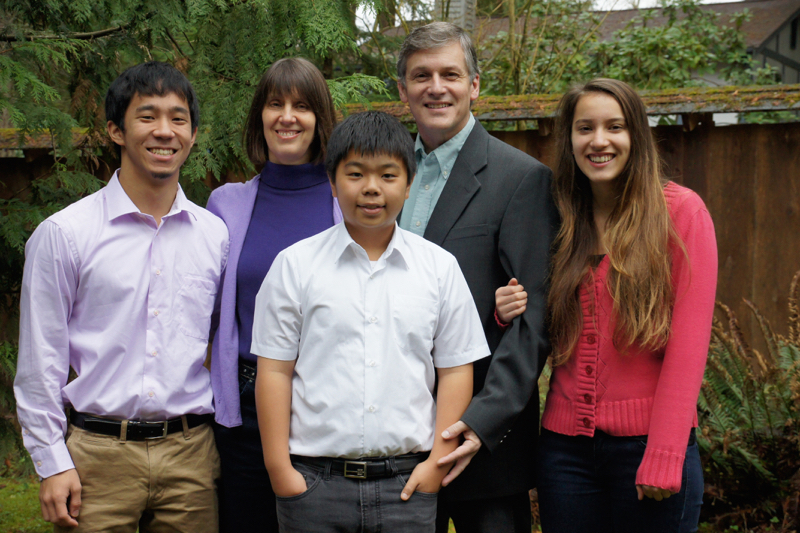 We are Tim & Andrea Johnson and together with our children Sam, Lilla & Sky have served in Japan as missionaries with Serve Globally / Covenant World Mission of The Evangelical Covenant Church from August of 1989 until August of 2016. We have recently decided to resign our position with Serve Globally / ECC. That ending of our journey and work as missionaries with the Covenant Church came to an official close on August 18, 2016.

A bit of our history…

We went to Japan in 1989 and except for the first couple years in the Tokyo area we spent most of those years  living and working in Gunma Prefecture. We worked with a cluster of 5 churches in our area although the majority of our ministry involvement was with the congregation in Isesaki. We lived in the cities of Isesaki, Takasaki, Yoshioka and Maebashi along the way….

Along with our involvement at the Isesaki Church we worked in a number of other areas. Andrea was a part time teacher at the Gunma Prefectural Women’s University. We were also interested in reaching out and praying for areas of Gunma where there are still no churches or a Christian presence. We call this area of our ministry “Gunma Harvest” and it presently involves prayer, visiting new areas, and literature distribution in parts of Gunma that are still without a church. Tim’s background in music opened up a number of opportunities for sharing through musical performance as well as chances to teach and lead various groups. He also served on the board of the Akagi Bible Camp and was involved in its camping ministries.

In 2010 we made the move to Tokyo, mostly so that our children could make the switch from Japanese schooling to attend the Christian Academy in Japan, an international school that functions on an American school calendar and curriculum. For the next 4 years we continued to serve in both Tokyo and Gunma. Tim was involved with three different congregations – Isesaki & Shibukawa – both Covenant congregations in Gunma, as well as KBF – Kurume Bible Fellowship – an international congregation meeting in Tokyo where he helped with the worship and music leading. Andrea served on the pastoral staff at Isesaki as well as continuing to teach part time at the Women’s University. She has had a growing interest in spiritual direction and formation and has been able to finish a certificate program through North Park Theological Seminary as well as a doctor of ministry program through Portland Seminary (formerly George Fox Seminary) during these past 3 years.

We came back to the U.S. for a home assignment in July of 2014. We made Woodinville, WA our temporary home base and visited churches and individuals on our support team. We originally had plans to return to Japan in July of 2015 but because of a number of family and personal issues we requested and were granted permission to extend our home assignment.

In March of 2016 we made the difficult decision to end our time as Covenant missionaries and to remain here in the United States for the foreseeable future. This has come following much discussion and prayer with colleagues and family. Some special needs of our children and parents have brought about this decision and while there is grieving and sadness for us there is also a confidence that this is the right path for now. For more details feel free to read our formal letter of resignation HERE. For our most recent news update click HERE.

In all of our future activities, whether in Japan or now as we remain in the U.S., our hope is that God would be leading us to specific people and specific relationships where we would be able to offer and share the great treasure that we believe we have found….a living relationship with a living God through Jesus Christ.

Thank you so much for all of your support and prayers over the years and we cherish your continued prayers as we seek new employment and ways to serve our Lord here in the U.S.

Listen to the New Testament in Japanese in one year through a daily podcast. Introduce your Japanese friends to God's Word.
Daily Audio Bible - Japanese
日本語の説明とリンク
オーディオバイブルジャパン