We are coming to the end of rainy season in Cameroon.  The change of season is often marked by especially violent storms with lots of electrical activity and wind.  We have “lost” numerous electronics due to these storms and on occasion the winds also bring down our electrical lines. We have had a number of especially powerful storms this week which have wrought havoc on our grounds. 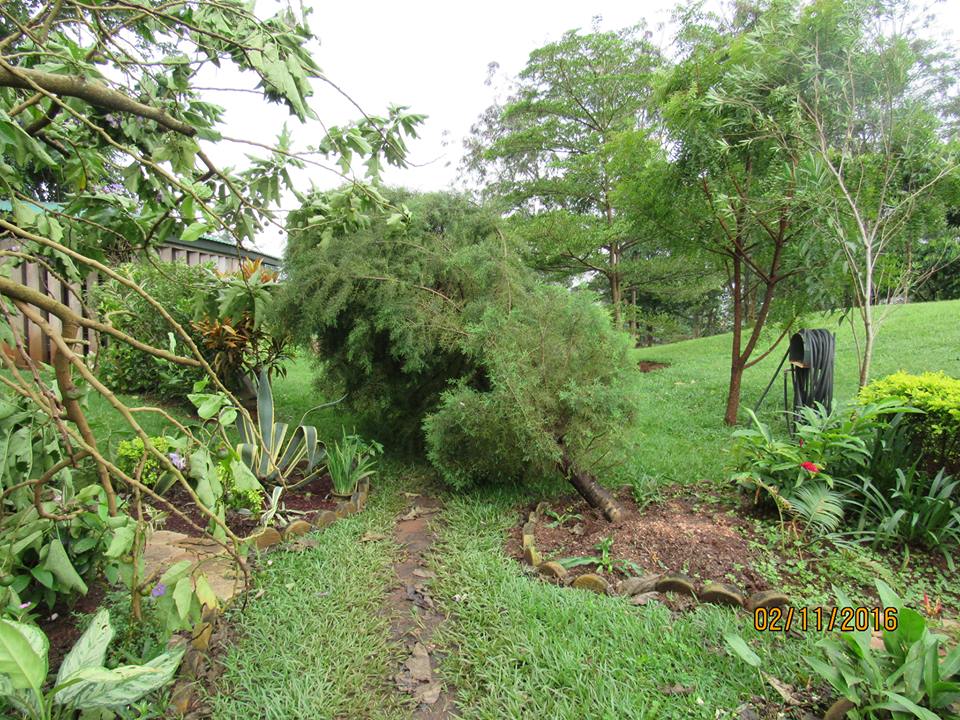 Trees fallen over and branches down in the prayer garden.

Due to the excess of rain this year the ground is already saturated (see last weeks blog to see how that affected the roads) and thus, when unusually strong winds blew, the number of trees and banana plants that toppled was great.  Wind has an ability to completely change the landscape around us by moving large and seemingly solid objects.

The same tree – providing shade during a tournament and now on the ground. The landscape has been changed.

This change seems to be destructive but as my Biology class just learned,  in the ecology of a forest, a windstorm allows space to open up for new species to grow and develop that would otherwise be thwarted.  Similarly in our lives the winds of change can bring sorrow but they also open up the possibility for new growth and life to begin.  It is important that I see the “winds of change” not just for the sorrow they sometimes bring but also for the possibilities and new opportunities that they bring.

1 Response to Winds of Change