Snake in the house!

Thankfully Zweli, the farm manager, was nearby when a snake was discovered curled up in our house!  Roy was down at the nursery tunnel, unable to move very fast with his sore hip.  Zweli couldn’t hurt a fly, so he carefully picked it up (it’s non-poisonous) and let it go down the hill.  Never would that happen in CAR!  Any snake or even anything resembling a snake, like a millipede, gets obliterated immediately, regardless of its venom or lack thereof. 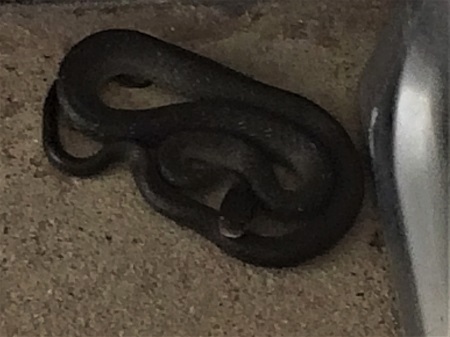 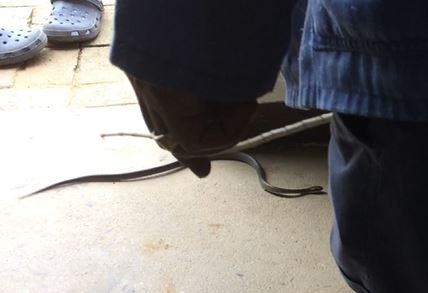 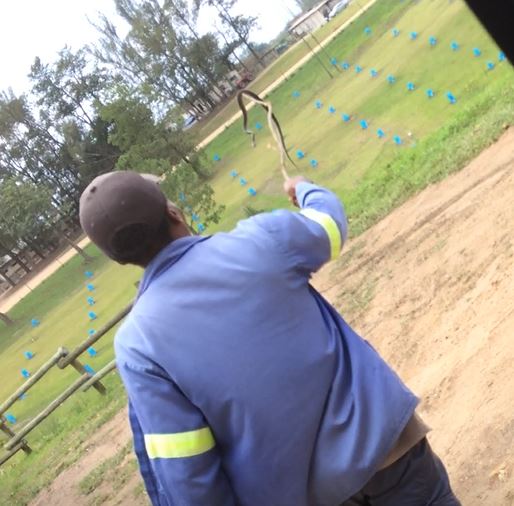