We will sorely miss this man, Daouda Daous, mayor of Gamboula.  He was always ready to try to help, and an advocate for the Fulani people.  When rumors were flying, we would just pick up the phone and ask him what was going on in town, and we trusted his responses.  He passed away last week after a year or more of struggling with illness off and on. 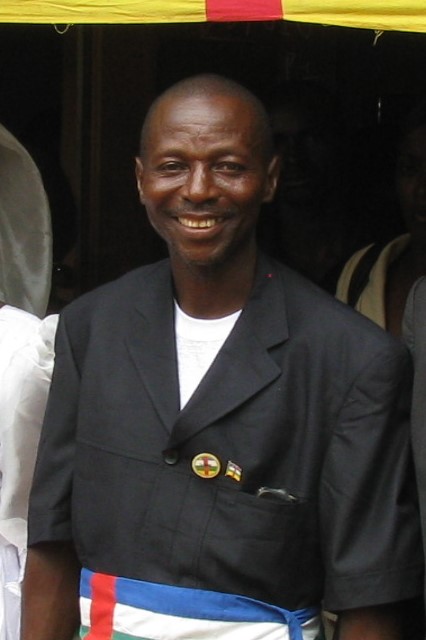 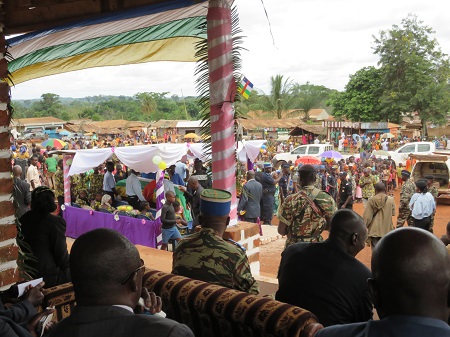 The pomp and circumstance involved with the death of a very important public official was interesting, to say the least.  They were able to get some formaldehyde to help preserve the body as it was carried to a major town in Cameroon where many of his relatives resided.  Apparently there also was a refrigerated morgue there.  When they returned him to our town last Friday, there was a parade of perhaps 200 motorcycles and about 30 vehicles to escort him to his family’s residence.  You have to understand that most of those vehicles are not normally in town.  The prefete/governor from our “regional/county seat” just east of us came to participate in the ceremonies, along with many others.  On Saturday there was a big government ceremony as well as a service in the local Catholic church. His coffin was then taken back to his home where a wake was held.  People were able to pass by and see him to pay their last respects, as his coffin was sealed with a glass viewing plate.

Please pray for his family, that they would find comfort as they grieve, and for the future of Gamboula, that a godly and caring person would be voted in to replace him.