As of late we have been hinting at some changes here.  It is about time I give some more details. I have been asked by our Ecuadorian church partners here to become the interim rector of the Covenant seminary during a transition period. I am very humbled to have been asked to take on this increased administrative role and would appreciate your prayers and support as we continue to assist in providing care and capacity building for church leadership here.  To describe the context, issues surrounding adult education, and theological training in the global south would be an extensive post. People write books on it. I don’t plan on doing that here, but this may develop into a series of posts on seminary education in Ecuador. In this post I’ll leave a glimpse of what we are even referring to when we say “seminary.” 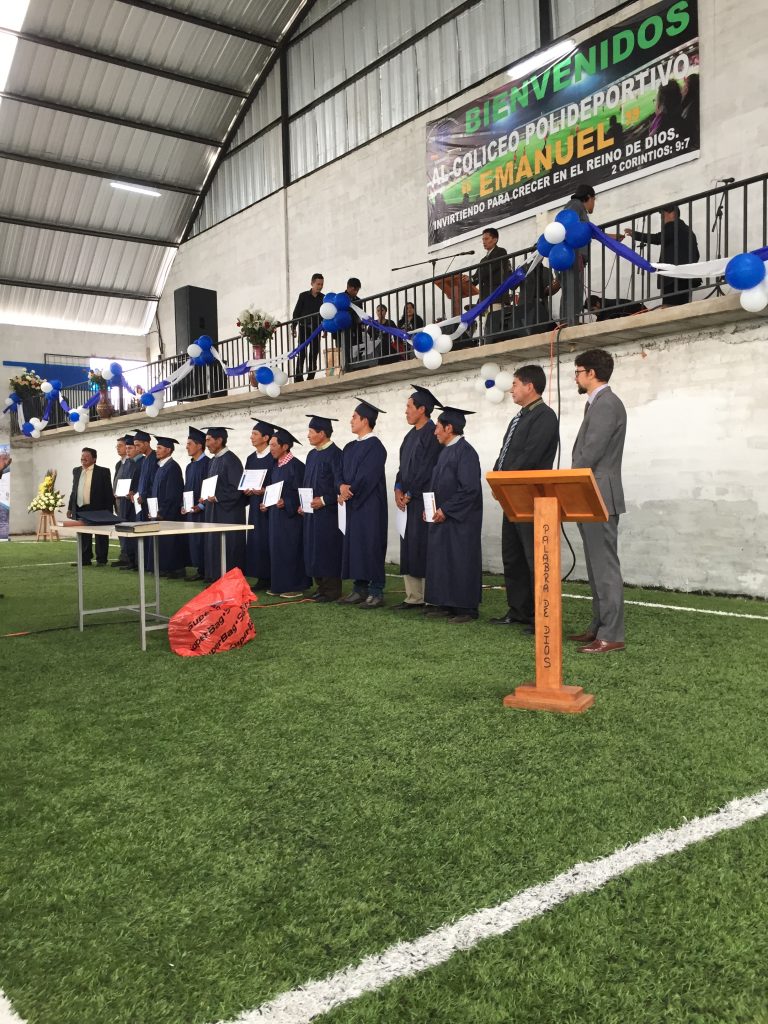 The Seminario de la Iglesia del Pacto del Ecuador (the Seminary of the Evangelical Covenant church of Ecuador, SIPEE) began in 1986. I recently noted to my colleague and chair of the education commission, Wilfrido Velasquez, that he was the president of the denomination when the seminary was established. He replied that it was a different time. The church in Sweden had quite a bit of resources to donate to sister churches and the church in the United States had quite a few clergy, professors, and theologians willing to live and serve abroad. “It was a different time. There was really nothing to it. They said, ‘we’ve got some money, what do you want to do?’ And we said, ‘we want a seminary to train pastors and leaders.’ That was it. It’s not going to be that easy ever again.” So from 1986 to 2003 a residential seminary existed, providing academic and practical training for nearly two decades. But the costliness of higher education, the economic and social reality of the church in the global south, and non-sustainable models made it impossible for the residential seminary to remain open. To be clear, seminaries the world over are having similar issues.

It’s not that the churches in Sweden or the United States wish to end support for the seminary, nor is it that the church here does not want to continue to educate and train a new generation of men and women to serve in congregations. It is simply a case of having to think creatively and shift accepted paradigms of providing that training, so that it can be sustainable, adequate, and accessible. In a study done in Quito, a well-known theologian, C. Rene Padilla laid-out all these issues of affordable training and the challenges for the church in South America to provide training…that study was done in 1985 and the challenges remain. However, something else remains true. Padilla states (with my translation), that theological education continues to be the place that, “guards the intimate relationship between discovery and development of the gifts the Spirit has bestowed upon believers in order to serve God” in word and deed.

So what does seminary mean?  Well let us start with the basic. It has come to our attention when we mention I taught 8 courses last year, people are surprised when we say that it was in Spanish. Spanish is indeed our most common language here, and that is what we teach in. Another aspect of life here, however, is that in the same way that Spanish is not my first language, there are many Covenant pastors who equally speak Spanish as their second language. Many indigenous communities have maintained the use of their language, which means taking seminary courses in Spanish is as equally challenging as it is for me to lecture, discuss, and prepare materials in Spanish. Preparing materials is another aspect that is a bit different than we may be used to in Western schooling. Books are expensive.  Grab a somewhat expensive theological text book, look at its price and gasp…now triple that price and that is probably what it would cost here in Ecuador…now remind yourself that most of our leaders and pastors make less than $350 a month. You may begin to realize that it would be impossible, or at least irresponsable, for us to require students to buy theological or ministry books. And so, each professor must create original material for each of their courses, usually around 20-40 pages to make printing affordable.

Finally, our seminary has not been a place, a residential campus since 2003. As far as physicality goes, we have a small, dusty library. My first act as interim rector was to approve the maintenance staff to pull out his power grinder and break into the library as no one seems to have a key. The church here is divided, based on geography and culture into six regions, which we call “districts,” the Amazon Region District, the Northern Sierra District, the Central Sierra District, The Kichwa-speaking District, the Northern Coast District, and the Coast District. The past two years we have experimented with extension courses in which we met every two months at the Covenant camp in the coastal highlands. But many students had trouble in transport, getting time off of work or civil responsibilities, or it became too costly to travel from certain regions.

So, with a growing partnership amongst Latin American and hispanic pastor´s from Canada all the way down to Chile, and with the support and work of the Centro Hispano de Estudios Teológicos based in Compton, CA, we hope to create a program that is both accessible and rigorous. Preparing women and men to lead their communities in faithful service to one another, to their villages, cities, and regions, and to God. Again Padilla remarks, “theological education should arrive to all social stratas and to all races,” and SIPEE continues to plan and provide such education to our diverse and varied church.