Many of us enjoy the age-old tradition of watching holiday movies during the break.
These often entail a plot that inevitably involves some “Christmas Magic” to remind
us all of the “spirit” of the season. Whether it be ghostly visitors in A Christmas Carol
or an enormous express steam train in one’s front yard as in Polar Express, the
supernatural bursting into the ordinary or mundane is to shock the viewer into
consciousness, care, and concern of and for others. We watch the films because they
make us smile and we can nod our heads in affirmation of the beauty of the story.
However, there are times when we hear or see of seasonal miracles in the ordinary
and mundane routines of our own holidays.

You may or may not be aware that Colombia and Ecuador are hosting hundreds of
thousands of Venezuelans fleeing their country. Since the death of Hugo Chavez, the
new head of state in Venezuela has become increasingly desperate and violent. The
social and economic situation for the majority of Venezuelans has been unbearable,
and the neighboring countries have opened their borders with special consideration
for the dire political situation. Christmas Eve saw protests in the streets of
Venezuela because there was no food to purchase for a holiday meal. The minimum
wage has continued to plummet from $12.50 in July to $3.75 USD …PER MONTH. So
those who have resources to leave, leave. Arriving in neighboring countries with
different manners, different speech, different food, and a population begrudgingly
opening its borders to foreigners. While they may make more than $3.75 a month, it
isn’t much and fleeing on a bus with only a suitcase, migrants arrive with nowhere
to go and little to celebrate Christmas with.

Our church here has hosted many migrants who have chosen Rios de Agua Viva as
their faith home in their new country. The congregation has helped with ways that
they can, even though the majority of our congregation is in equally difficult
financial situations.
Christmas Eve morning w

e gathered to worship and celebrate the birth of Jesus
Christ, and the connection and love it represents for each of us. We sang carols,
played in fake snow, and then gathered together for a meal as a faith family. It was
then that we heard of a story to make us conscious again, to awaken us to the light in
the midst of darkness, of the joy within the ordinary. 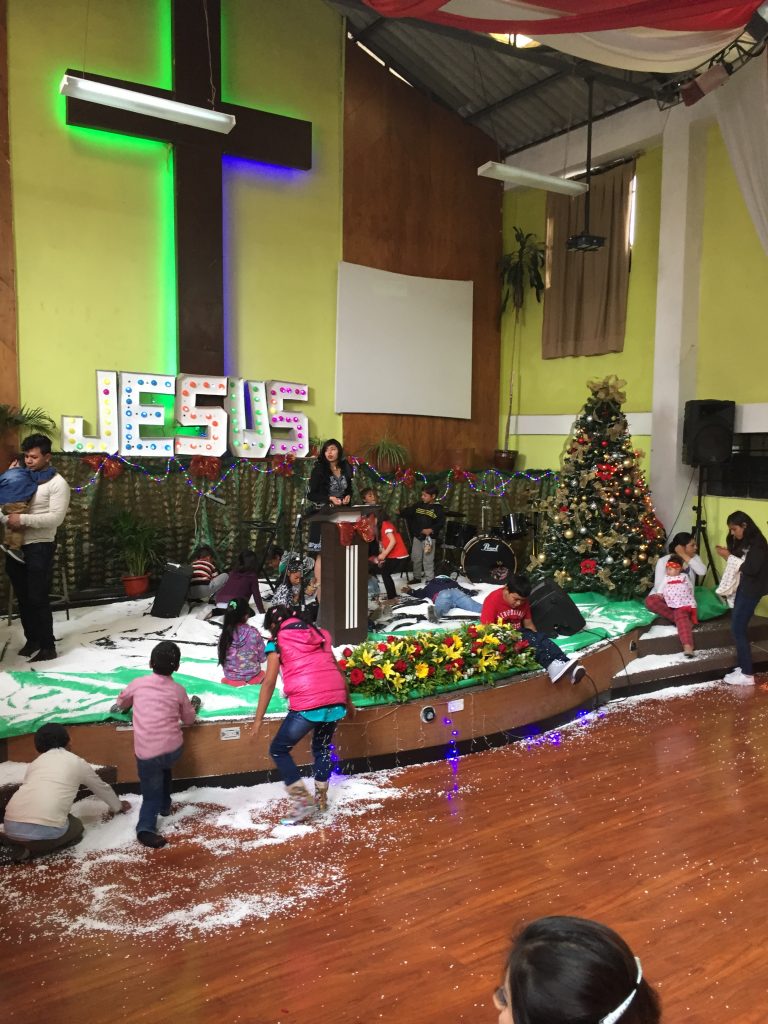 A Venezuelan member of our congregation was walking along the street in the
evening with two other men recently arrived when they came across a package of
ham, a whole pork leg, and a full rack of ribs lying in the street. Traffic was slowing
and going around it, and she entered the street looking around for the butcher shop
or freezer truck that had dropped it. Nothing or no one indicated that they had lost
their pig. It must have fallen out of the butcher truck on its way to delivery.

She called to her new friends to help her pick it up waving traffic around.
Passersby’s were wishing them luck and telling them to enjoy the meal. A taxi driver
stopped, not to take some for himself, but to hand them trash bags so they could get
their newly discovered Christmas meal back to their apartment. These immigrants
had only been hoping for a few simple corn tamales to share at Christmas, and
instead now had pounds and pounds of meat to cook and share.

While a pork leg, ham hock, and rack of ribs might not be a ghostly visitor or red
robed Saintly spirit, the good will expressed by Ecuadorians, the joy of a very large
meal to share with fellow congregants and immigrants, and the peace that comes
with sharing laughter can be found in the very ordinary act of the unexpected gift. 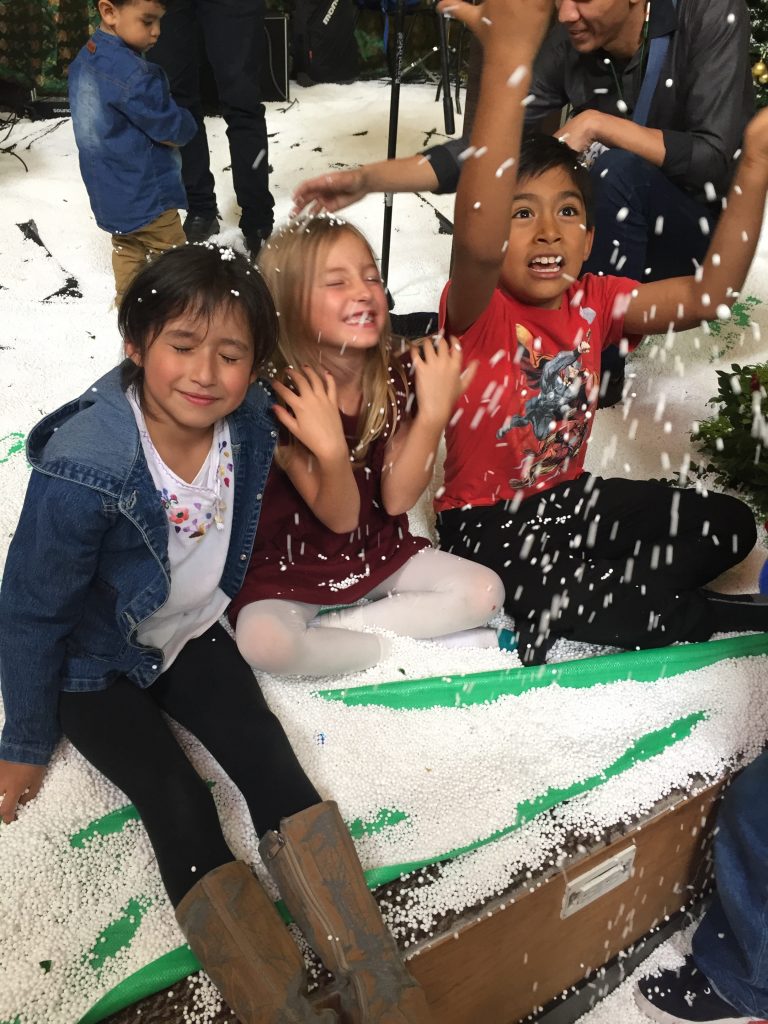 playing in “snow” at church