The weekend of April 12-14, something different happened in churches around the city and outlying areas of San Marcos. Groups of older adults came together for learning, exercise and fun. This is the result of a new initiative of the national Covenant Church of Colombia (FIPEC). Before and during the pandemic, church leaders were noticing that the older adults in their churches and communities had become very vulnerable to illness. Not only that, but they noticed that in many cases they spent most of their time alone. As things in Colombia began to reopen and gathering together became possible, the FIPEC launched a pilot project to support older adults. The pilot project “Holistic Health Intervention” is working with churches in the south coast regions (Monteria, San Carlos, and San Marcos) to offer spaces for exercise, nutritional coaching, medical check-ups and counseling. 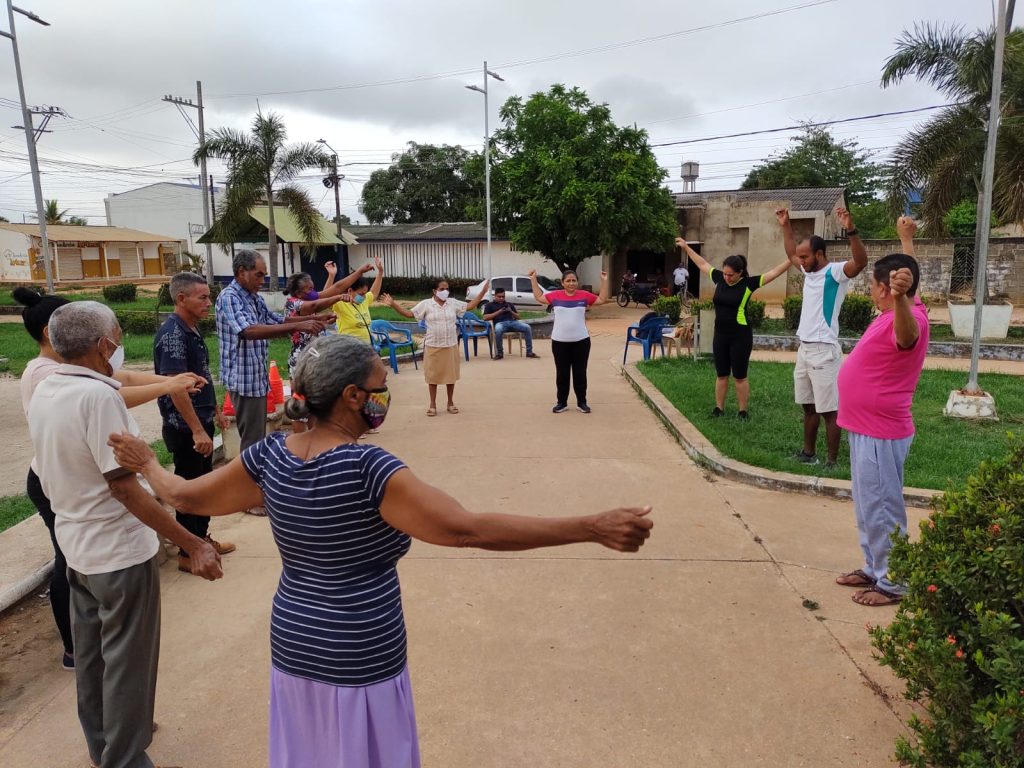 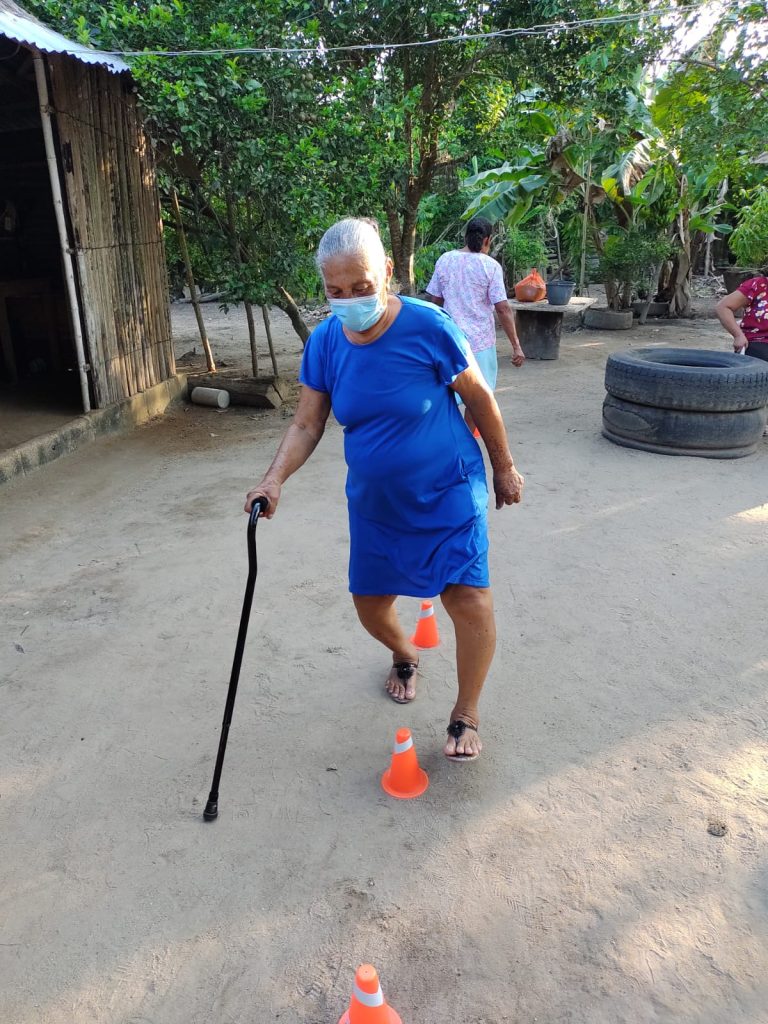 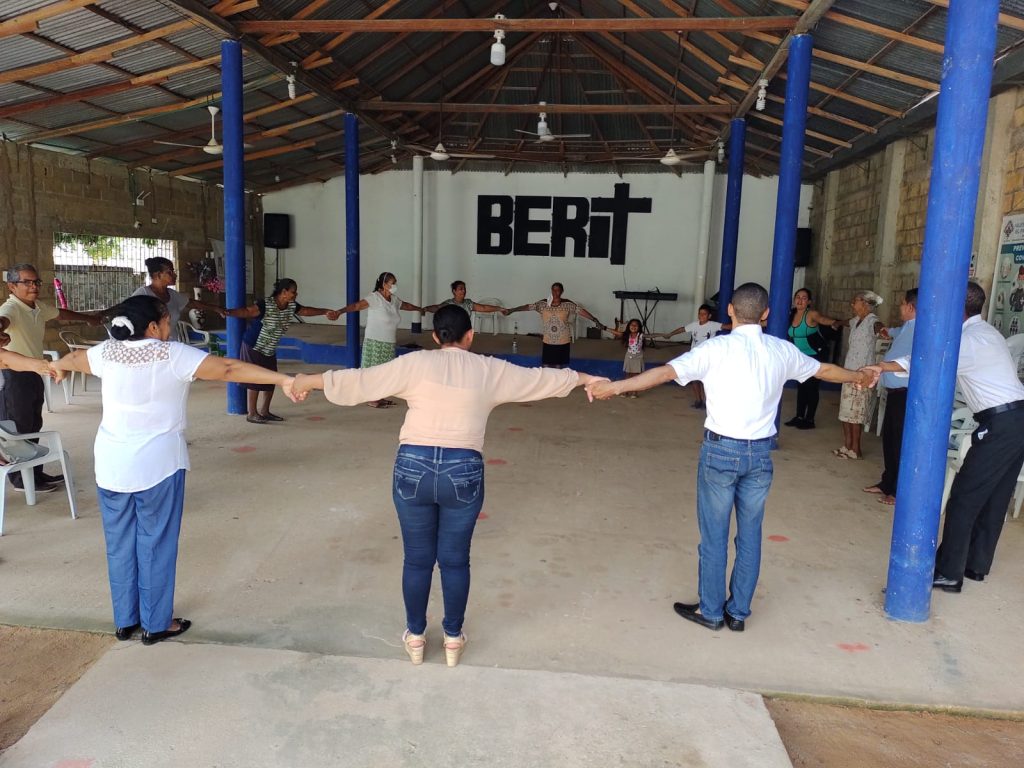 As President Luis Barrientos explains, “We in the Covenant Church of Colombia (FIPEC) want to promote awareness, attention, companionship and support to the older adult population, focusing on their psychosocial, physical, and spiritual needs. Our older adult population is a valuable resource in our churches and communities. They have many things to contribute and teach us. Here in Colombia and around the world, according to the World Health Organization, the older adult population is increasing and it is having a major social impact. They have also found that the health systems don’t deal adequately with the health needs of this generation of aging people. For that reason, it is important to intervene in the factors that contribute to non-communicable diseases, health issues related to aging, and problems with public health that acutely affect the population of older adults in the Covenant churches of Colombia.”

Alongside professionals in health, nutrition, physical training, and counseling, older adults like German have the opportunity to improve their health through physical fitness and nutrition. German had a type of stroke 10 years ago that has left him with after affects, including weakness in the body and a very sedentary lifestyle. However, he shared that through this project he now has begun exercising and has seen a difference in his physical and mental health. It has brought with it confidence in himself and his body. 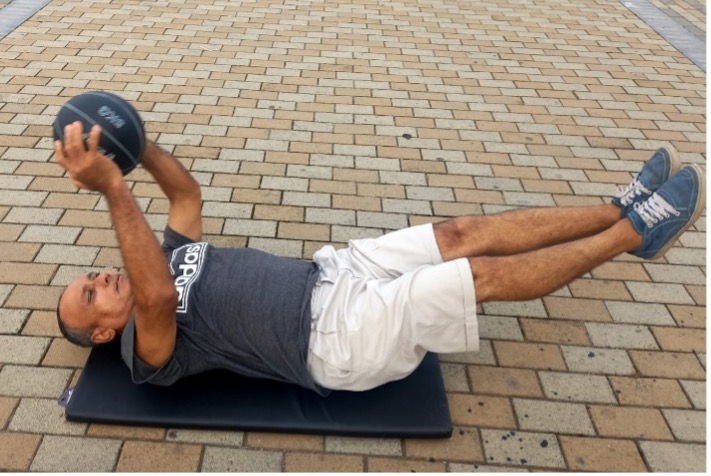 Others have expressed how much they appreciate this support and the opportunity to be with others, focusing on their health. Back in February a team of leaders met with a group in San Carlos in the morning and in Caño Bugre in the afternoon to offer exercise and conversation. The group was having such a good time, others came to join in, including some kids. They are not only learning about how to prevent non-communicative diseases, but they are putting their learning into practice. This included a 75 year old woman who did the exercises alongside everyone else. 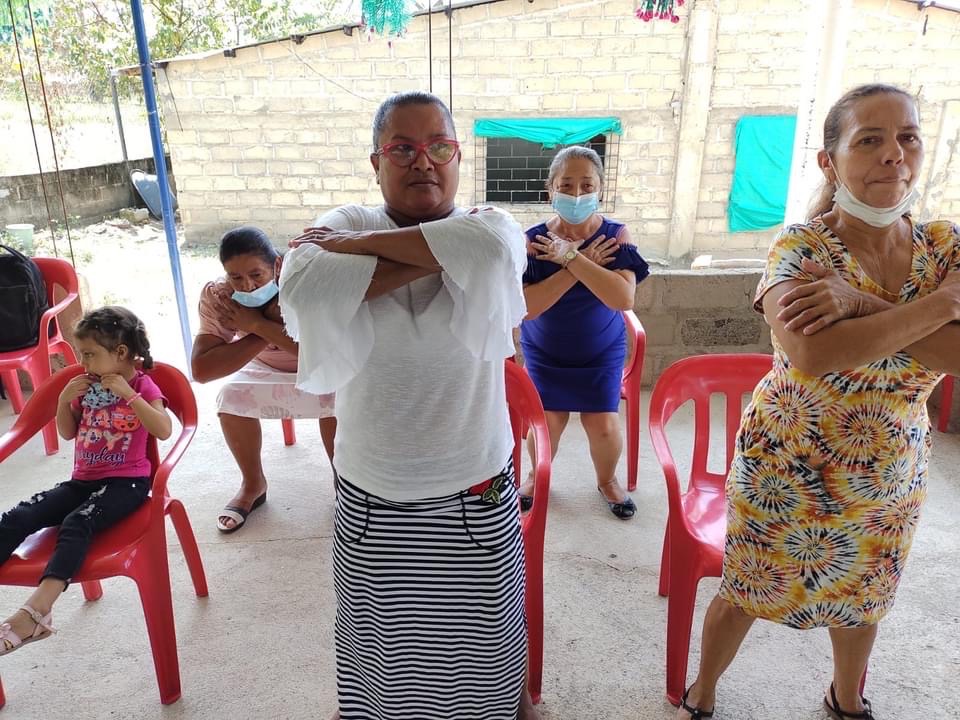 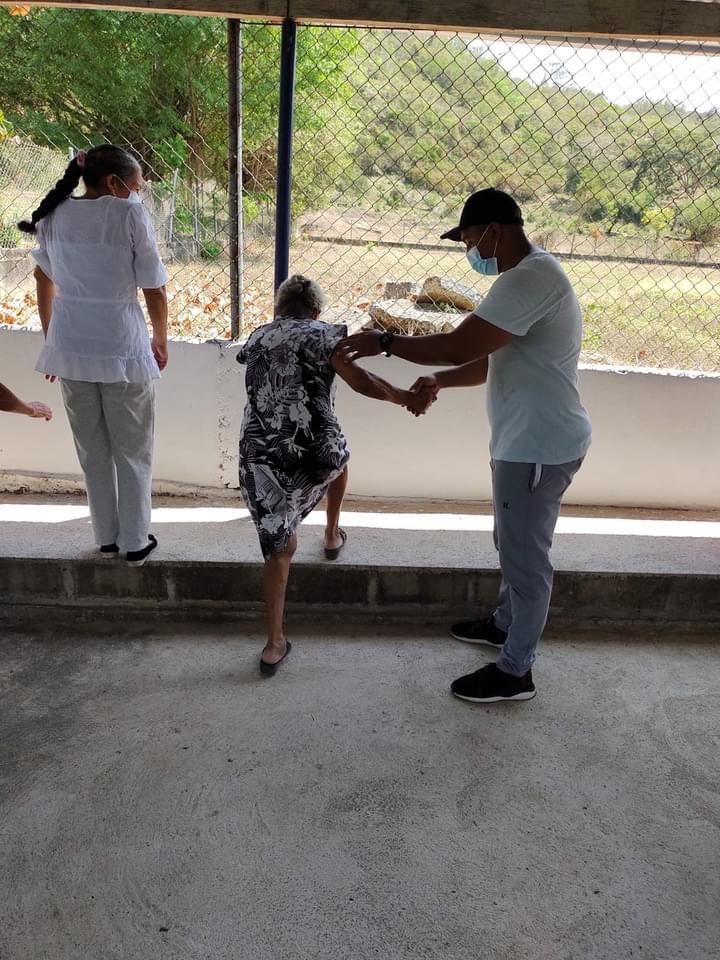 We are grateful that Friends of World Mission will be partnering with this project in Colombia. Stay tuned for updates and for how you can support this new and vital initiative.