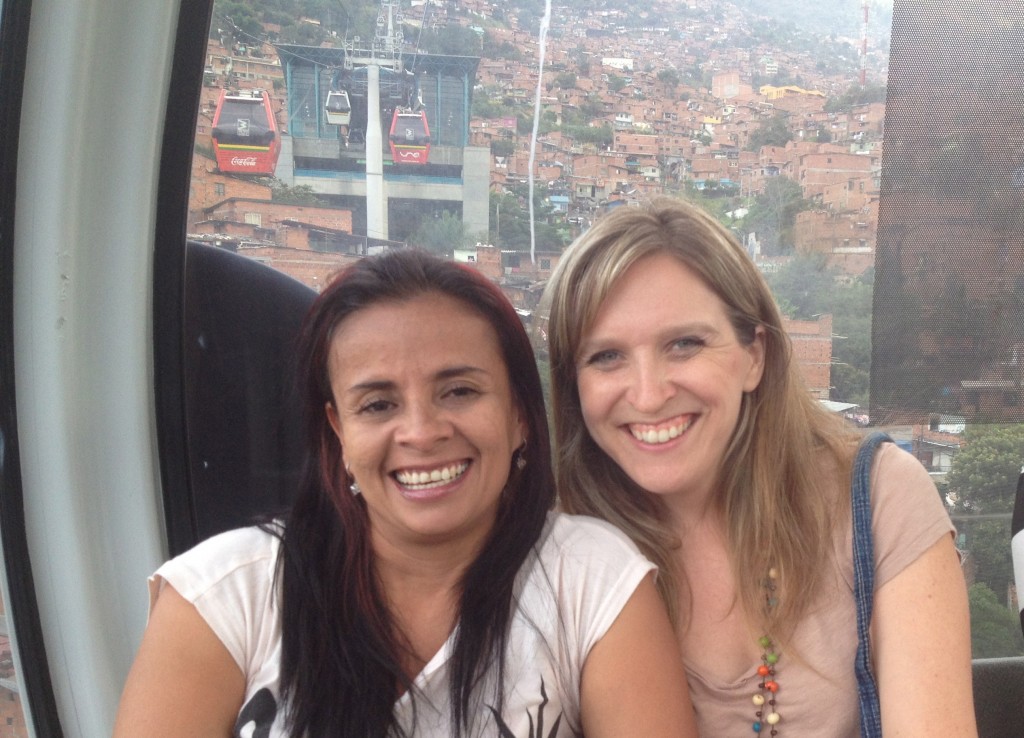 Riding up the Metrocable with Diana

Diana has always been someone that I, Katie, have looked up to. She is a wife, mother, teacher, faithful disciple of Jesus, servant, and friend. Diana and I met when Julio and I first got married. The past three and a half years Diana and I have had the privilege of training children’s ministry leaders together throughout Colombia, as well as serving in a few social projects that she is a part of through her local church. It was Diana who encouraged me to come up to the Granizal neighborhood every Friday afternoon to work with adolescent girls who were participating in a soccer tournament. I thought I was going along to help her, when the next thing I knew she had me leading a small group of girls during our meeting times. 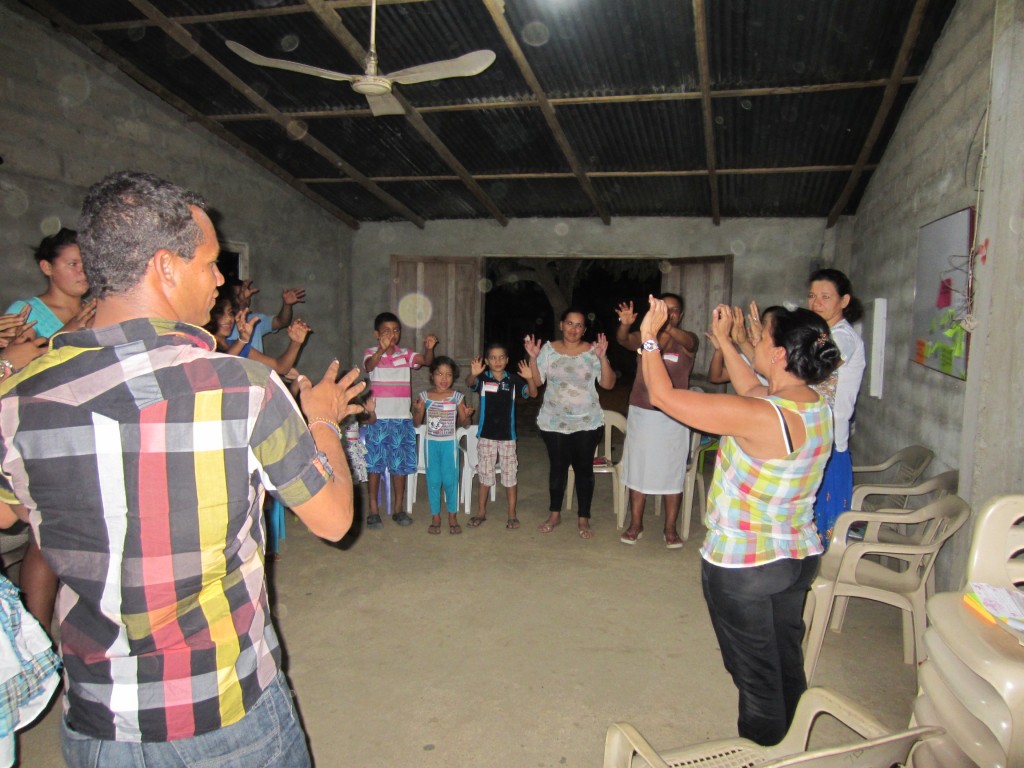 Diana is a hard worker and she is so faithfully committed to the ministry of the church in Colombia. Besides leading the children’s ministry team at her local church she continues to go up the mountain to the community of Granizal, where thousands of people have set up home after being displaced. She continues to work with the adolescent girls and is such an incredible role model to them. She also is working with a team from her church and community leaders in another nearby community of displaced people (Manatiales) to reach out to young mothers. It is an extremely challenging context to serve in, but despite the challenges they are moving forward. They have begun to work with 40 young women (some just youth) who have recently given birth or are pregnant. They are hosting pre-natal classes and focusing on other important areas related to childbirth and newborn care. Diana works with whatever resources she can find. Even in a time when she and her family have experienced health issues and economic challenges, Diana faithfully serves. She is someone I have so much to learn from. 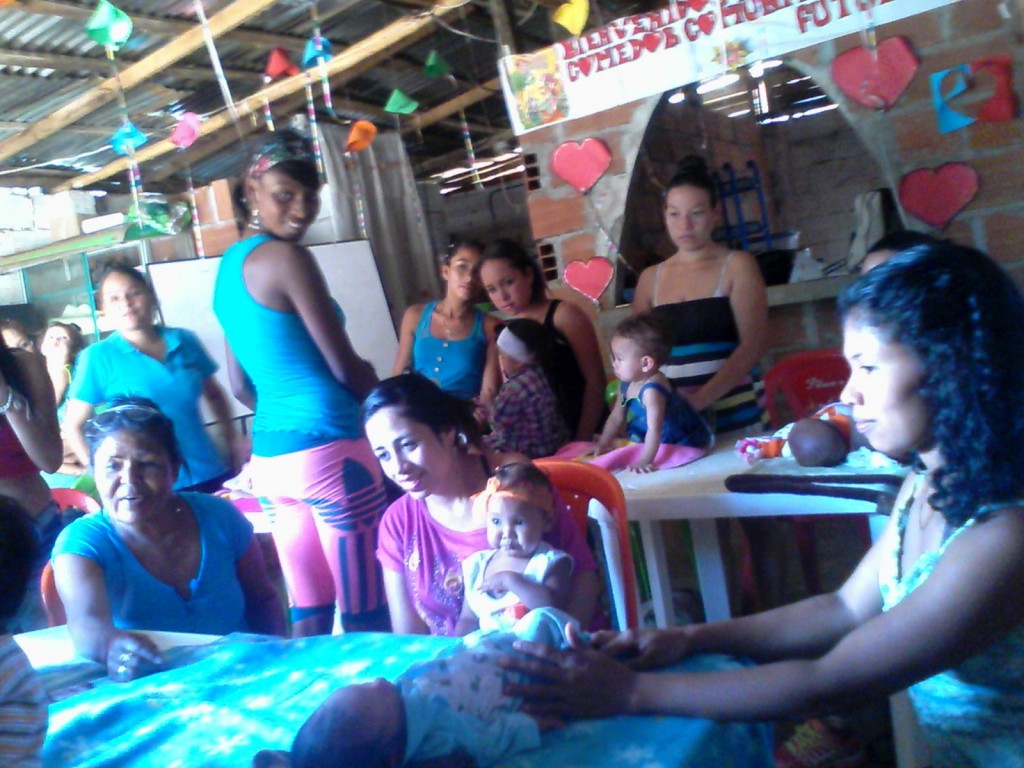 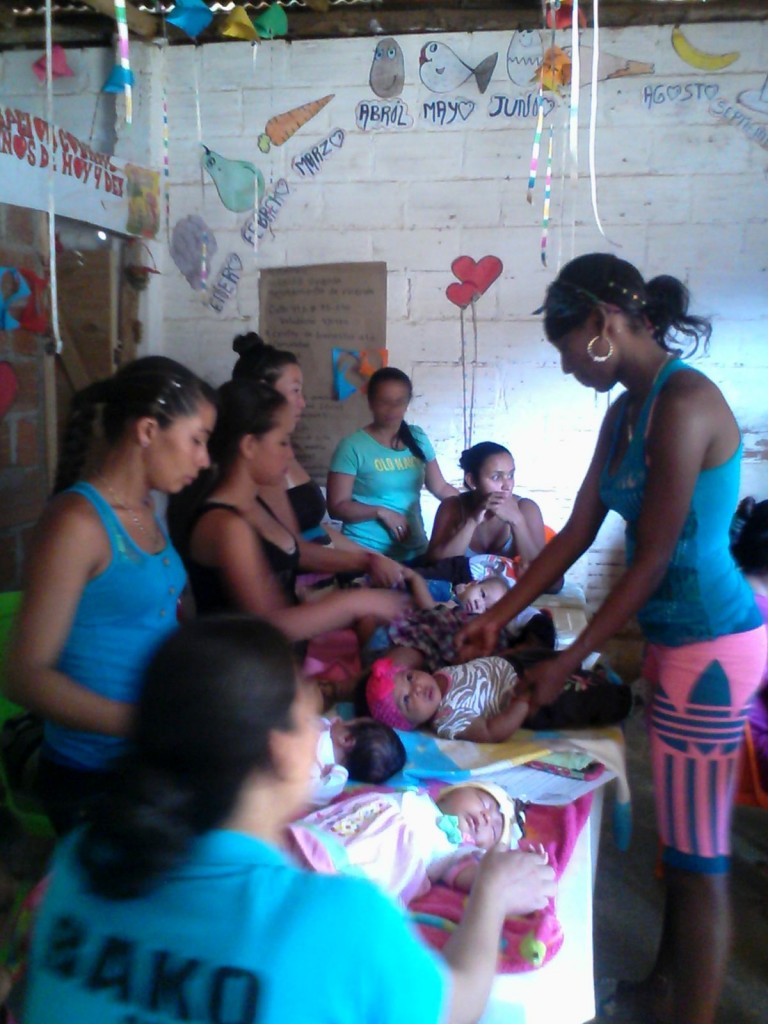 Diana working with the young mothers