Right after high school Julio moved from his hometown to the big city of Bogota to find work. It was 1995 and shortly after he arrived in Bogota he was invited to visit a Covenant Church.  It was there that he would meet short-term missionaries Roger and Karen Gilbert. Roger and Karen were from Minnesota, but had just moved to Bogota with their two kids to serve with the Covenant Church. These were the first Covenant missionaries Julio met. He and Roger quickly became friends. They spent time together at the church and at Roger and Karen’s house. He was also introduced to other missionaries who were working with the Covenant Church. Roger was a bit of a crazy guy who liked to tag along with Julio as he took public transportation all around the big city of Bogota, working as a messenger for an insurance company. Roger and Karen were only in Colombia for 2 years, but it was enough time to build a special friendship.

Fast forward to 2003 when Julio and Katie are dating and Julio mentioned that he had a friend who lives in Mankato, Minnesota, who he hadn’t seen since 1997. So, Katie, who lived in MN at the time reached out to Roger and they were able to meet and share stories about Julio. In March of 2004, Roger and Karen and two of their children traveled to Colombia to be present at our wedding. 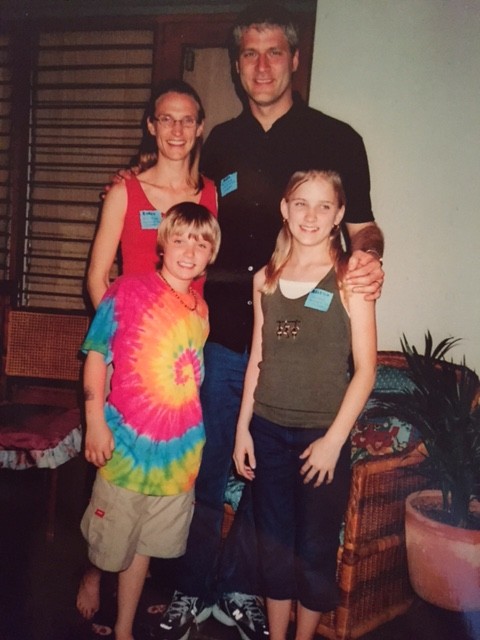 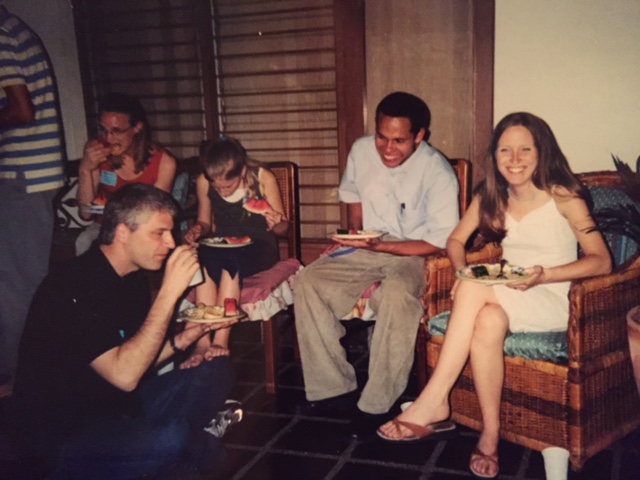 Enjoying lunch together in 2004

And now in 2015 we had the privilege of visiting the church where Roger is pastor in Lee’s Summit, MO. This church has partnered with us in our ministry in Colombia and it was a joy to share with them a bit of our story. During our visit, our family had the opportunity to spend a few days with the Gilbert family and our boys got to meet this couple that has been such special friends for us. Who knew that a high school graduate from Colombia and a computer techie/missionary/pastor from Minnesota would become friends and partners in ministry and that this friendship would continue 20 years later. God is good! 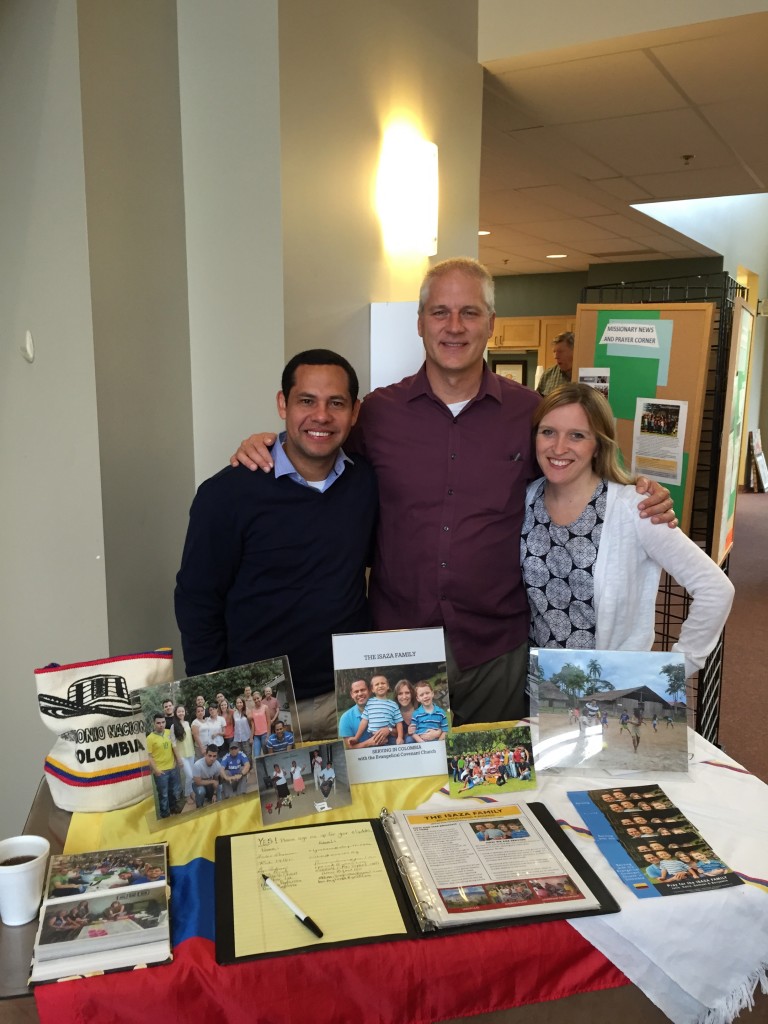