It’s a most anticipated week here in Medellin – the annual Feria de las Flores (flower festival). This year it runs from the 3-12th of August. There are all sorts of parades, shows, parties,etc. On Sunday there was an antique car parade and today is the highlight of the festival – the flower parade (Desfile de los silleteros). People make their own “floats” of sorts and carry them on their backs/heads for miles around the city. I highly recommend checking out the official page (which is available in English) to read more about the festival and see some pretty amazing photos. We went to the parade one year, but this year opted to watch it on TV. To see the parade you have to wait a long time in a huge crowd of people. 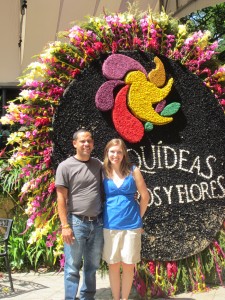 Example of the "float" or Silleta as they are called, which people carry on their backs.

This year we went to a little “Taste of Antioquia” (the state we live in). We walked around to the different stands and the boys even got to feed some animals at the little “farm” they had. It’s always fun to see the variety of culture, food, dance, etc. Julio and I also had an impromptu date and went to see the orchid exhibit at the Botanic Gardens. It was breathtaking. 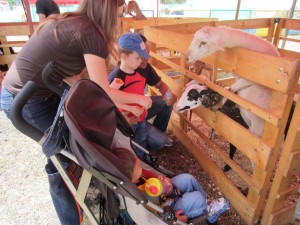 Feeding the sheep at the "Taste of Antioquia" 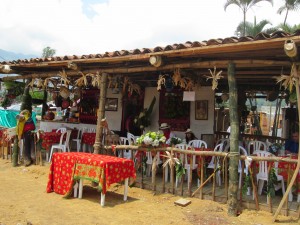 A typicla fonda (restaurant) at the Taste of Antioquia 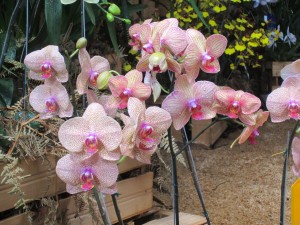 Such variety of orchids 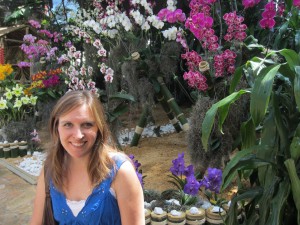