When I was first serving as a short-term missionary in Latin America, traveling from country to country, I knew that there was one country I never wanted to visit. Can you guess what it was? Colombia! From all I had heard and seen, it was just too dangerous. Of course much of what I had seen and heard had come from very limited sources – the nightly news, movies, etc. Funny how not only did God take me to Colombia, but I met my spouse there and I now feel very strongly called to serve there. I have fallen in love with this country – it’s landscapes,  people, and culture. True, Colombia has had a reputation of being a hard place; in fact, at one time Medellin was considered one of the most dangerous cities in the world. There was a time when missionaries were evacuated for their safety. But, so much has changed over the past 10-15 years. God is at work in Colombia doing some pretty amazing things. 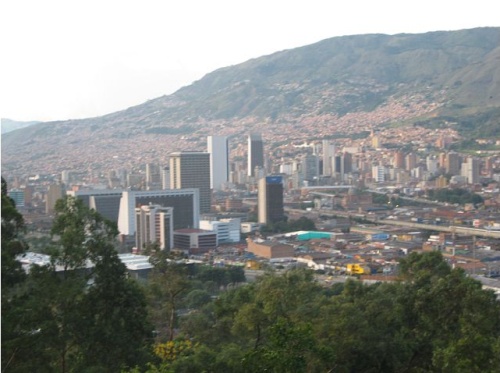 A view of the city of Medellin

I recently read an article in Foreign Policy (May/June 2011), which praised the progress the city of Medellin has made. It praised the visionary leadership, which was committed to creating safe spaces and new alternatives for youth to cut back on crime. One thing I noticed when I lived in Medellin, was the commitment to create more access to transportation, so that people living in the most marginalized barrios on the hillsides of the city would have easy access to the rest of the city. Hence the Metrocable was built. A gondola looking thing that connects with the Metro that runs through the city; the Metrocable goes up the hillside, up into the poorest barrios, offering economical transportation for all. 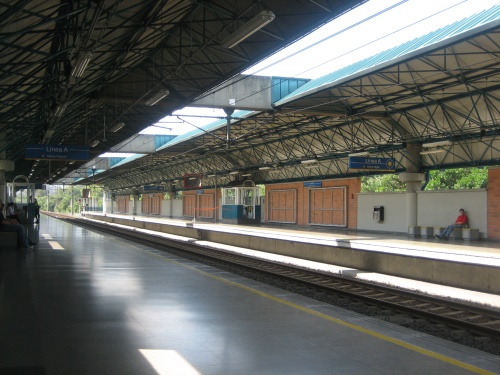 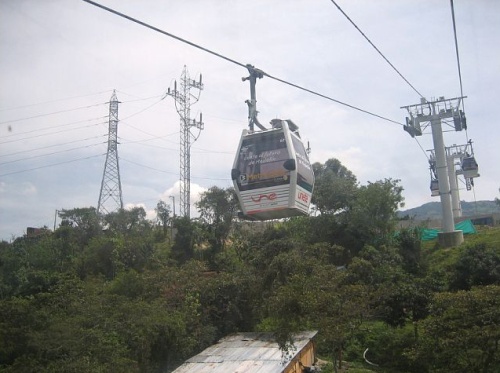 Another recent architectural gift in the past few years has been the new library that was designed by a Colombia architect and was donated by Spain. Michelle Clifton-Soderstrom, a professor of theology and ethics at North Park Theological Seminary, recently visited Colombia and was blown away by this library in Medellin. She writes a compelling article in the July edition of the magazine, The Covenant Companion, entitled “Medellin’s Extravagant Option.” I encourage you all to get your hands on a copy of this article (For more info. go to: http://www.covchurch.org/publications/companion/)

This is an excerpt of what she writes about her journey up the hillsides of Medellin, on the Metrocable, “We continued to ascend, and then, without warning, an architectural icon emerged on the hillside. It was magnificent- a work of modern art. The Parque Biblioteca España, a masssive library designed by Giancarlo Mazzanti and completed in 2007 as part of an urban project aimed at cultural and social transformation….The intent was to address violence by providing an option for children in this poor sector of the barrios. I was astonished. Spain had donated a multimillion dollar work of art? To a Colombian city deeply affected by violence and drugs? For children? ….What an extravagant option!” (p. 17) She continues to write about her experience walking around the library and the thought of the world of possibilities that has been opened to the children in this neighborhood and all across the city. “Libraries open new doors, they are portals into new places, and this library has literally transformed what was once a slum where not even Colombian law enforcement dared to enter, into a place where children can move freely in body, mind, and spirit. Violence has been reduced, children can walk to school…Ingenious urban planning? I prefer to think that God is at work in impractical, even outlandish ways.” (p. 17)

I love this last line! I too believe that God is at work in amazing ways throughout the country of Colombia. I wish everyone could have the experience of traveling to Colombia, because it helps you see the country in a whole new light, in the light of God’s love and amazing power to transform. Even if you cannot go to Colombia, pray for the country, pray for its people, for its leaders, for the church, for the Gospel to spread and transform lives and communities.