As February ended and March , we found ourselves on a bus journey called Sankofa.  However this was not just a journey by bus, but it was an exploration into our hearts and minds as we explored sites important to the Civil Rights Movement in the South.  This is the first of a number of reflections based on my thoughts related to this journey; thinking and reflections both about the specific trip and also how it affects my interpretation of other events and places.

We visited many significant places, but one that hit me personally was the Burkle house in Memphis. 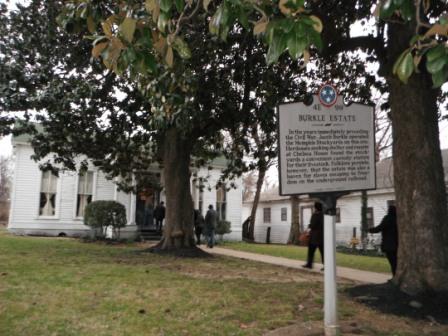 This home was built by a German immigrant to the US prior to the Civil War. 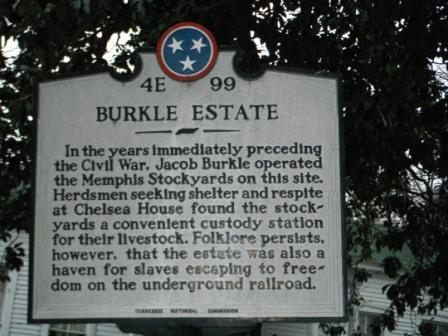 The sign mentions that “folklore persists” about this being a stop on the underground railway.  What it does not mention is that Jacob Burkle left Germany because of persecution for his relgious beliefs, and that when he came to the US he did not just look to improve his own life, but instead to protect others he believed were also persecuted for who they were – slaves of African descent.  This place hit me personally because my own family left Germany for these same reasons, although earlier in history and went first to Russia.

During the last few years much research has gone on concerning this estate, and there is significant evidence that this house was expressly built to be a stop on the Underground Railway by Jacob Burkle.  This includes the building of small openings in the foundations to allow a person to  escape into the cellar and below ground portions of the house where they could not be found. 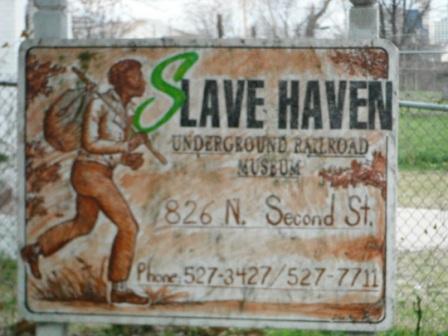 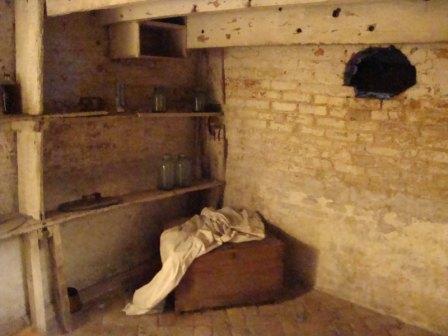 I continue to be intrigued by a man who left a place of persecution and then did not just make a new life for himself, which included the freedoms he had not enjoyed in Germany, but also sought to help provide freedom to others being persecuted in his new homeland.  I am left considering how I have used the circumstances of my life (which admittedly do not include persecution like his) to provide a place of safety for others.

Do I risk what I have gained so that others can gain the same privileges?