Back in May – as life became more hectic, I thought there would only be a brief “vacation” from this blog while I kept the “balls of our lives” in play (see my May 20 blog post).   However the reality of all that the last few months has included, meant that this blog was the ball that fell.  However now that we are settling in to a month in our own home in California, I am signing back in again.

So what have we been doing …. in pictures. 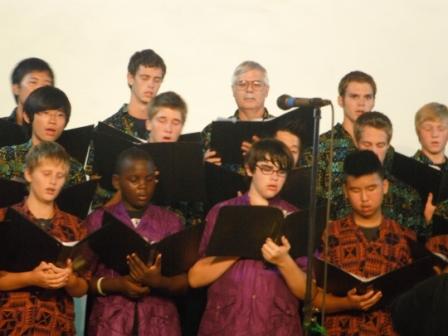 Jeff singing in the final choir concert of the year. 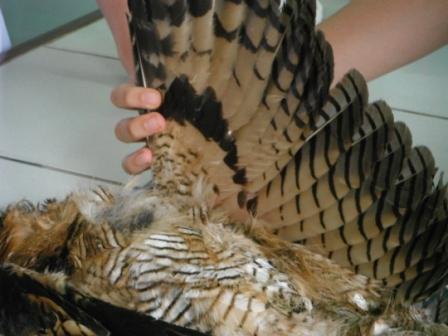 Students examining the owl they dissected. It had died earlier in the year and been frozen for dissection after the AP biology exam. 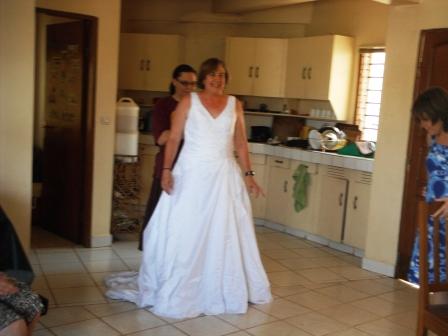 Wedding shower for Lois Crossley (now Lois Anderson) and trying on the dress for the first time. 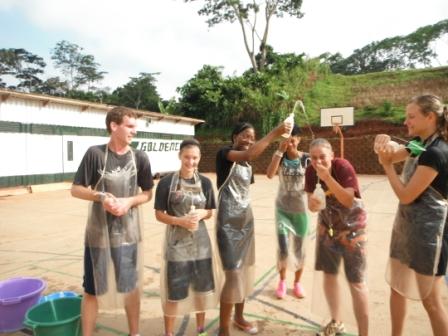 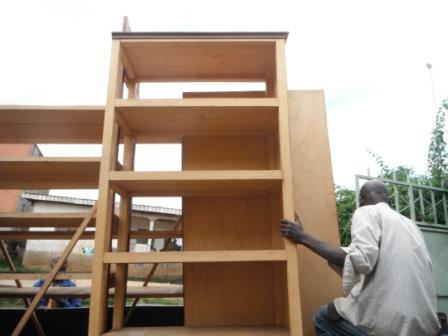 As soon as I got back from Kansas City there was moving to do. These are the storage shelves. Additionally there was lots of work to do at school. 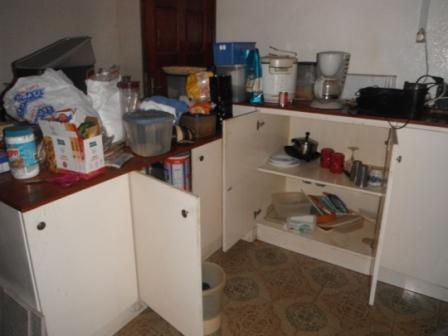 Packing the house after living in it for 14 years was a gigantic task. Progress is being made in the kitchen. 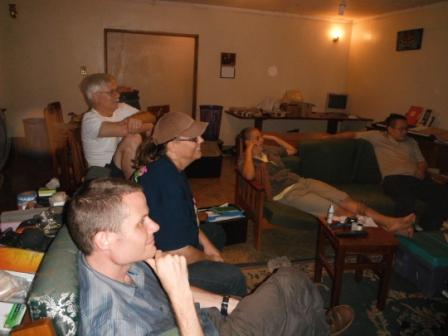 During the packing there was time for a last few gatherings to watch soccer matches in our living room. 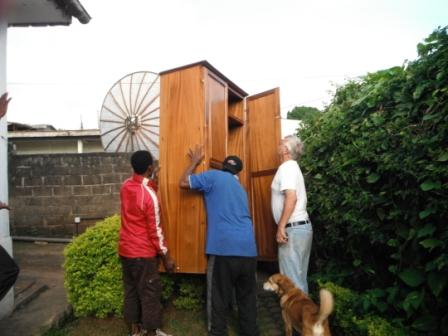 After the soccer party - moving out the furniture. 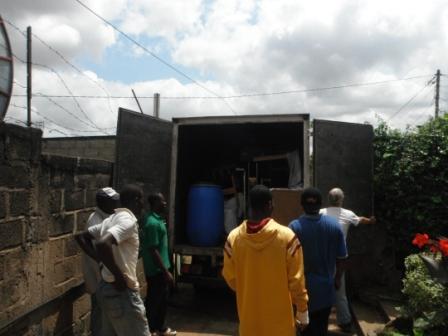 The moving truck was not a large US sized van but it worked and carried a household worth of stuff in only three trips. 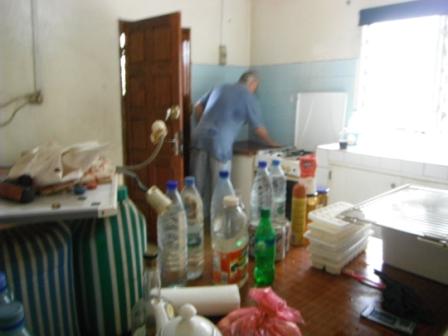 Once the furniture went, the cleaning began. We never would have finished without Janet Ziegelbaur or Ellen Ellison. 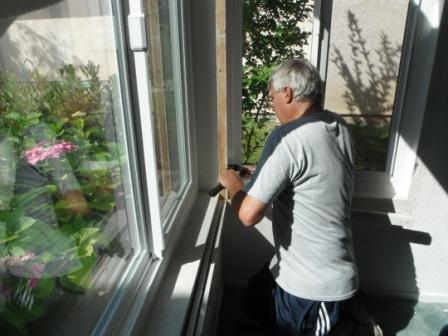 After moving all our stuff in Cameroon, we returned to California and started working on our house here. Our first day back in the US found us removing old plantation shutter casings and painting so that new carpeting could be laid the next day. 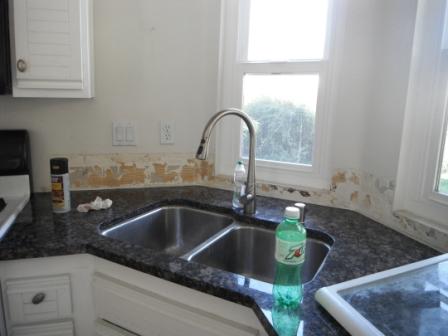 We had new counters installed while we were in Cameroon but the backsplash area was in need of some work. Carolyn and Tricia (Jeff's sister) took this on. 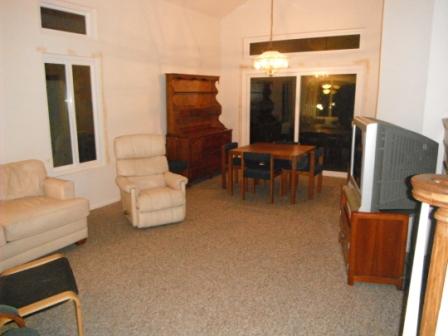 Four days after arriving, the new carpet is in and the furnitue has been brought in. Thanks to the youth of Oak Hills Church! 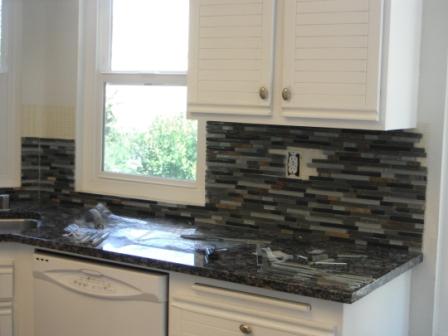 Before unpacking the kitchen could happen, the new backsplash had to go in - it was one very long day of tiling (five days after arriving in CA.) 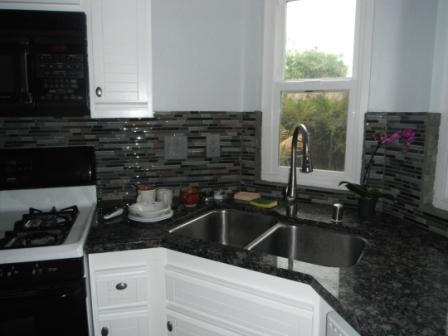 The tiling was finished and the majority of the boxes were unpacked within two weeks of our arrival in California. I am not ready to pack/unpack a house again for at least 11 months! 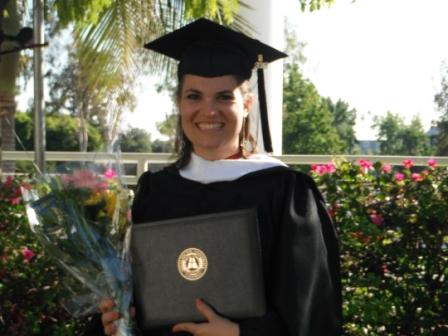 We were glad after all the work to celebrate Beth's graduation from her Master's program in Teaching English to Speakers of Other Languages. 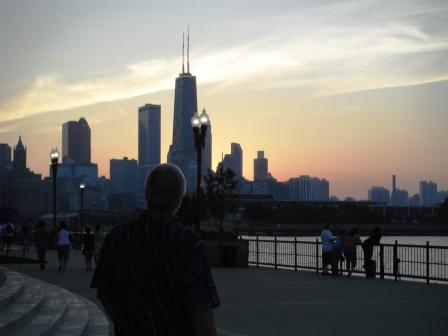 Immediately after Beth's graudation we headed to Chicago for missionary meetings. Navy Pier is a beautiful Chicago landmark. 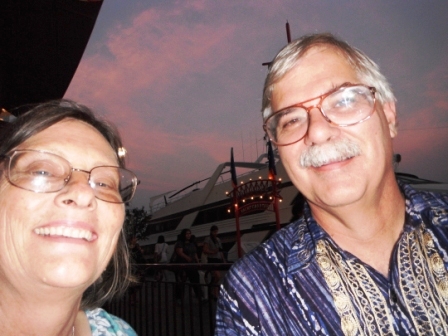 We celebrated our 32nd anniversary at Navy Pier. 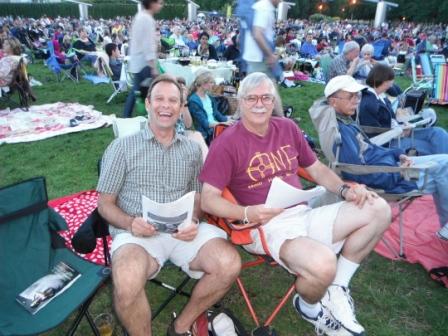 Following our meetings, we spent a couple of days with Keith and Laurie Bakken and enjoyed music in the park. 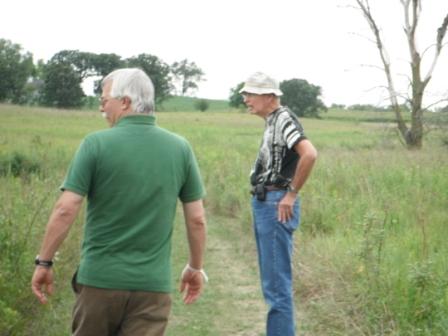 We also enjoyed a pleasant walk with Paul and Jo Voigt in Illinois, before heading back to California. 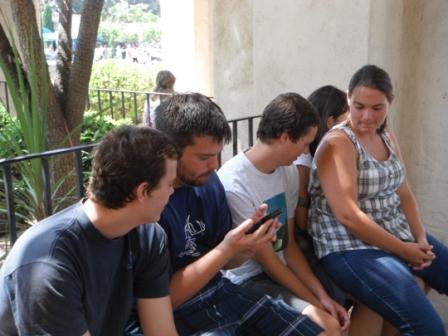 Where shall we eat lunch after a morning in Balboa Park? After returning from Chicago, we have enjoyed over two weeks with all our kids together. 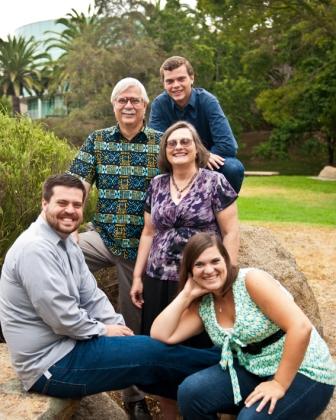 A family prortrait with us all together. Thanks to our photographer, Tom Perez.

So now you have seen a portion of our missing three months.  Hopefully I will be able to update you weekly in this coming year on some of the stories behind the pictures above and our adventures while on Home Assignment.

See you next week!