The church we attend here in Cameroon, Grace Baptist Church, has been growing in many ways over the last few months.  Significant changes began when the original pastor of the church, Rev Herve Tsafack, departed to begin planting another new church.  He had accomplished what he came to do and turned the pastoring of the church over to a recent seminary graduate, Pastor Jean Jacques  Edjanga  . 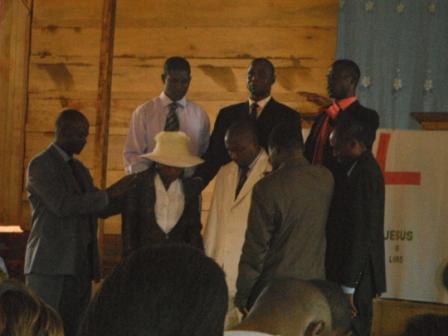 Pastor Herve and wife as they move forward in ministry - planting another new francophone church in Yaounde.

Soon after Pastor Jean Jacques arrived he came to visit us and reminded us that we had met him soon after our arrival in Cameroon.  He was working for Campus Crusade for Christ and drove the children of the director to our small middle school in the years before it joined RFIS.  We were happy to renew the acquaintance and pleased to hear how he had completed seminary.  This was a major accomplishment, since Pastor Jean Jacques is francophone and the seminary holds all its classes in English.   One of the reasons he has become our pastor is because this young church is intended to reach out to the local francophone population.  Thus our services are a mixture of English and French, with French being more prevelent. 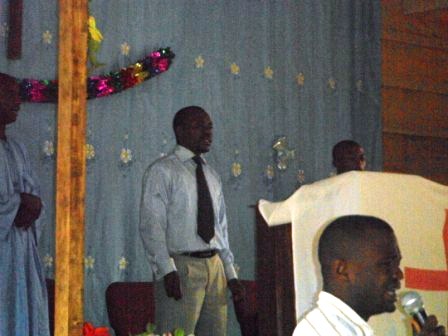 January was a significant point in the life of the church – because they became a full church (no longer a church plant of Etouge Be  Baptist church).  This was a special day as the church became responsible not only for running their programs, but for planning for the future and also for paying for their pastor. 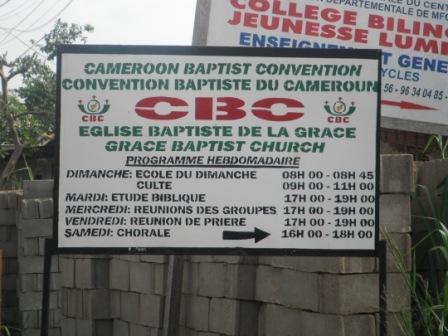 Signs like this went up as the church became "independent" to give directions.

The curch regularly has almost 200 in attendance each week, including a  very large number of children.  The youngest children remain in the service each week, while the older ones attend children’s church which currently meets behind the pulpit. 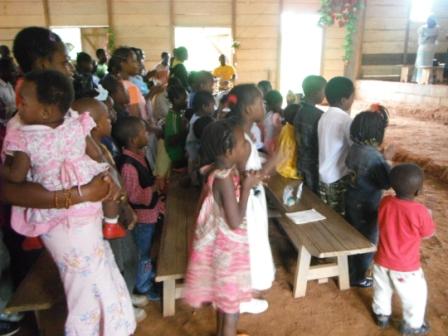 Some of the many children in worship for Children's Sunday.

Since the church got a sound system (at the time of their becoming an independent church) the music in the main church is louder than the children, but even so both groups easily hear what is happening in the other room. 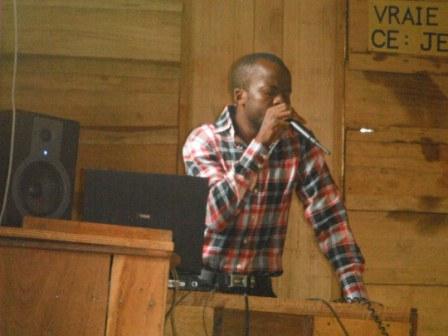 The sound system is located at the front of the church and just behind the back wall is the children's church's meeting space. Here they are happily (and loudly) singing different songs than those being sung in the main church.

As the church grows they hope to turn this simple wood frame into a building that can house the children’s church.  It may look impossible to do – but only 18 months ago that is what happened when the current building was constructed. 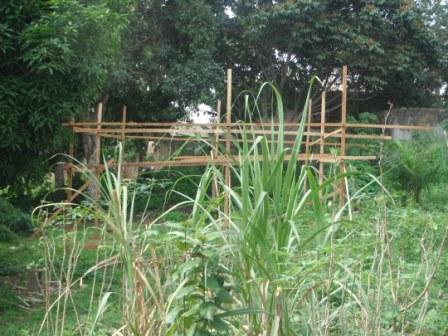 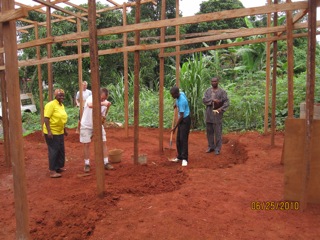 Frame of the current church building in the early summer of 2010 - it can become a building. 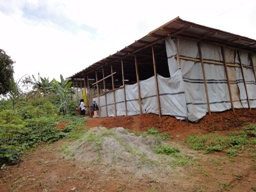 The frame of the original church was tarped and used for a number of months in this condition. 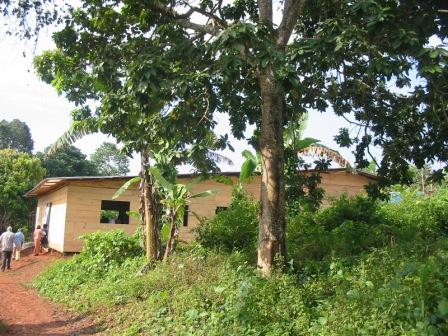 A number of months later the tarps were replaced by boards. Doors, windows, and electricity have since been added.

Pray with us for Grace to grow not just with buildings and more people, but also in their love of God and service to their community.  We are pleased to be a part of this fellowship of believers.