Not for the squeamish

The last month in the AP Biology class I teach has a number of projects following the AP exam.  This year my students did a series of dissections. 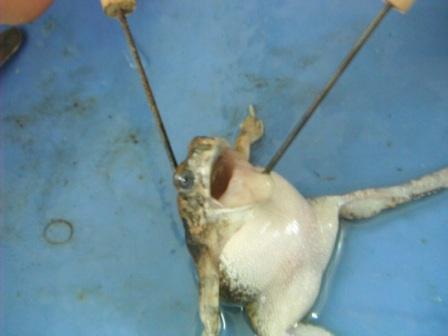 The frog that was dissected. 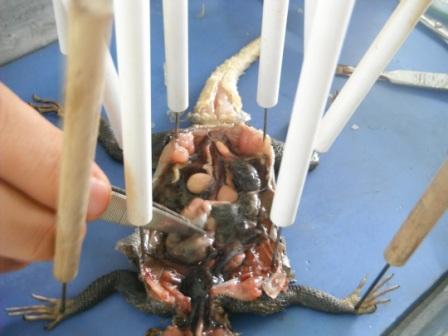 The lizard is dissected by the students to show the internal organs.

And finally the squirrel (sorry Mr. Noren – we used it before it got too much freezer burn) 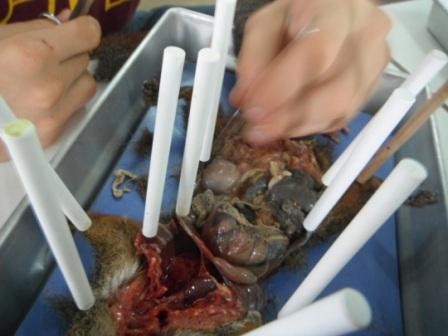 They worked to identify all the organs.

While dissecting the squirrel we discovered it was a female and she was pregnant, so 18 months after she had died, we dissected out the fetus 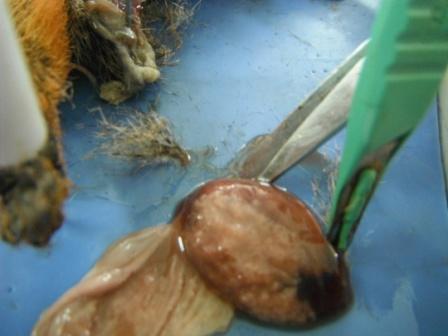 The unknown organ found - was the uterus. 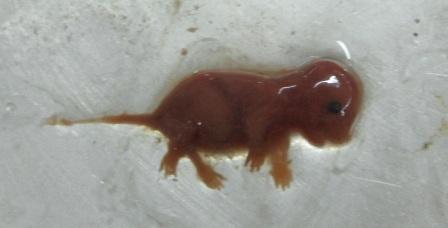 The fetus was well developed and the careful clearing of the membranes left a well defined specimen.

As you can see they did a great job at the dissections.  Well done AP Biology class of 2010-11! 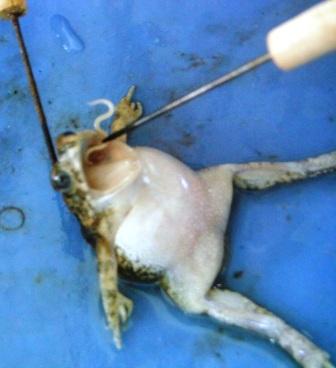 The extra creature - a worm living in the frog.

And you even got an extra!!!  The worm inside the frog’s mouth.