CAR out of sight out of mind 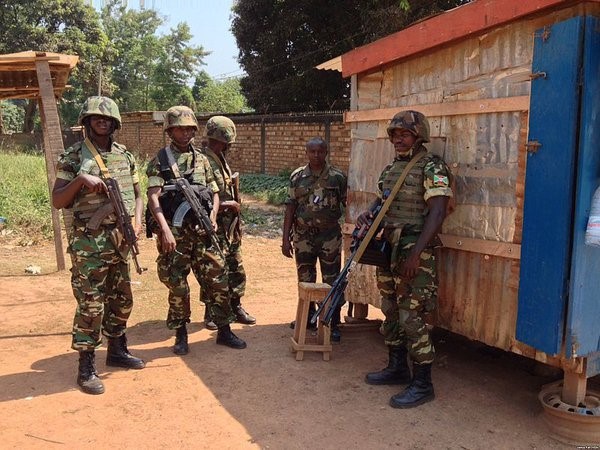 One of the world’s forgotten stories, one of the planet’s invisible hidden corners, where people suffer in silence, far away from the media spotlight, locked in central Africa is the Central African Republic which threatens to explode into a humanitarian disaster. Let us shed a spotlight on yet another focus of human suffering.

Let’s be honest: certain stories are not that sexy. Certain stories do not have the wow! impact, for whatever reason. The sexual exploits of some bloated media mogul stretching over decades, the plight of flying insects in Germany, allegations of racism in English soccer, Busty Barbara’s boobs on page three, Mourinho’s comments on Chelsea, thirty curious facts about witches, Sardinia’s secret pasta dishes… all of these garner more media attention than the Central African Republic.

OK the name is maybe too boring or graphic, let’s face it, it starts with Central (neither here nor there), ends with Republic (banana?) and oh deary me, has “Africa” in the middle. Must be a dark and dismal place, with a name like that eh? So what’s the big deal?

Well, the big deal is that the entire country has undergone years of ethnic strife and is about to explode into a massive humanitarian catastrophe. And despite this, last year, a paltry 38 per cent of funding required by the Central African Republic was received by the United Nations Organization, and worse, this year only 20 per cent of funding asked for, has been received.

Imagine 150 million Americans, or 30 million British and French, 40 million Germans living in poverty, unable to put enough food on the table to eat. That is the situation of the Central African Republic, where half the population suffers from food insecurity and 65 per cent does not have access to safe water. Over one quarter of the population is displaced.

The UN secretary-General, António Guterres, is travelling to the Central African Republic next week to draw the world’s attention to what he terms a “fragile situation” in a country which is “far from the media spotlight”, adding that “across the country, communal tensions are growing. Violence is spreading. And the humanitarian situation is deteriorating”.

Since June, the number of displaced persons has risen from 20 to 25 per cent of the population – 600,000 persons are internally displaced and a further 500,000 are living as refugees in neighboring countries. Armed groups are targeting aid workers and humanitarian agencies, international support is nowhere near to a point where it makes any difference at all and as usual the innocent civilians, meaning mostly women and children, are living in fear for their lives, when they are not undergoing the trauma of sexual and physical abuse.

“We are determined to ensure that the voices of victims are heard – I will myself be ready to meet with victims and their families – in and beyond the Central African Republic. Victims must be at the centre of our response if we want our zero-tolerance policy to be successful”

The Central African Republic Bush War 2004-2007 ended in a peace and reconciliation agreement between the Government of President François Bozizé and rebel forces but the problems smouldered on, erupting into almost continued and widespread violence. Séléka (a coalition of five Moslem groups) and the anti-Balaka (Christian militias) fought a bloody war until peace talks took place and thereafter, the former leaders of the several factions engaged in fighting for territory and riches. Today, chaos is installed with different factions fighting against each other in different areas of the country, leading to the humanitarian catastrophe looming before us.

*Timothy Bancroft-Hinchey has worked as a correspondent, journalist, deputy editor, editor, chief editor, director, project manager, executive director, partner and owner of printed and online daily, weekly, monthly and yearly publications, TV stations and media groups printed, aired and distributed in Angola, Brazil, Cape Verde, East Timor, Guinea-Bissau, Portugal, Mozambique and São Tomé and Principe Isles; the Russian Foreign Ministry publication Dialog and the Cuban Foreign Ministry Official Publications. He has spent the last two decades in humanitarian projects, connecting communities, working to document and catalog disappearing languages, cultures, traditions, working to network with the LGBT communities helping to set up shelters for abused or frightened victims and as Media Partner with UN Women, working to foster the UN Women project to fight against gender violence and to strive for an end to sexism, racism and homophobia. A Vegan, he is also a Media Partner of Humane Society International, fighting for animal rights. He is Director and Chief Editor of the Portuguese version of Pravda.Ru.