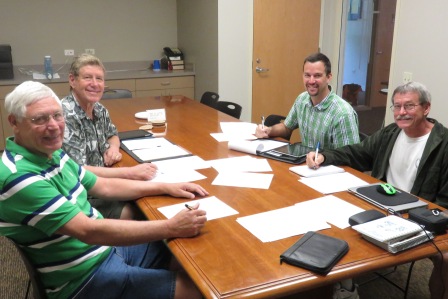 Byron Miller (and Joyce) hosted the CEFA board members at their home in the Chicago area, Larry Michel came from California, BJ Newcomer came from Alabama, and Roy (& Aleta) joined the group from Indiana.  Byron has worked long and hard on getting the not for profit status paperwork in order, and the CEFA Foundation board met today and worked through and approved many details.  Then they took a short drive and officially opened a bank account, and the dream has now become a reality, registered in the state of Illinois! 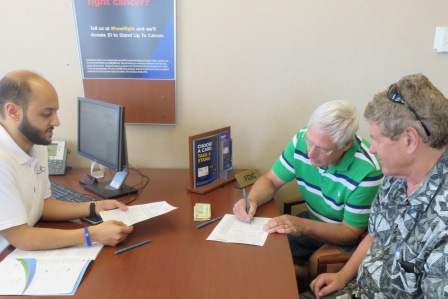 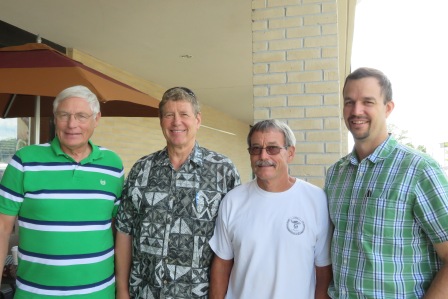 We are thankful!  Thankful for friends and board members, thankful for your prayers that have helped this happen.  Thankful for what is going on at the CEFA farm in the Central African Republic, for lives that are being transformed, for new hope in people’s hearts!

As Covenant missionaries, we are working with all the tribal groups of the Central African Republic (CAR) but are trying to give special attention to the Fulani, a Musxlim, cattle herding, and semi-nomadic people group. We live on an experimental/training farm, near a mission station which has a hospital plus bible and nursing schools. We are establishing relationships with the local people groups through compassion ministries; Roy through agriculture and Aleta through public health and visitation, in order, ultimately, to share the good news of Jesus the Messiah with them. CAR is one of the least developed countries in the world and is currently in continual crisis (since the coup in March 2013), so reaching out in compassion is key to reaching their hearts. Due to the ongoing conflict and resultant ethnic cleansing in CAR, we are crossing the border to interact with our Fulani contacts.
View all posts by danforth →
This entry was posted in CEFA/Ag. Bookmark the permalink.