Officially saying “I do” after 30 years of marriage

Our dear friends, Armand and Jeannette, celebrated 30 years of marriage by tying the knot officially, in two ceremonies, with the state and the church.  It was a fun filled day, singing, laughing, and praying blessings over these two. 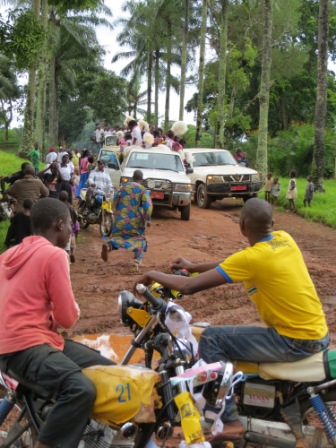 Arrival from the city hall to the church with honking and singing! 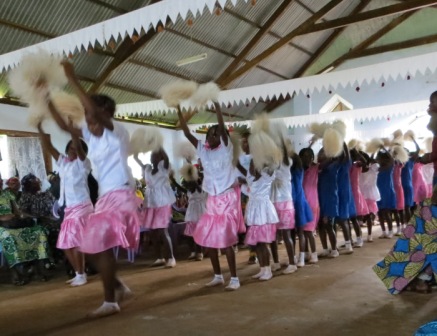 30 years of marriage makes for alot of kids and grandkids! 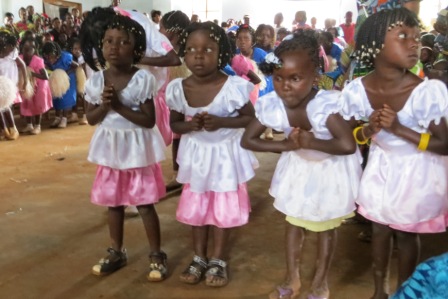 And a LOT of love and cuteness to spare! 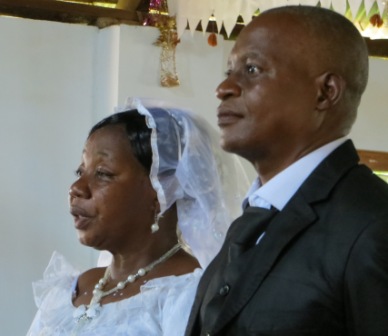 Jeannette saying “I do”

I made a small wedding cake and told them about our stateside tradition of feeding each other cake.  I told them how we often will have fun with smearing frosting all over the spouse’s face, but they were polite as could be.  You should have heard the ohs and ahs as they fed each other, though, it was pretty fun! 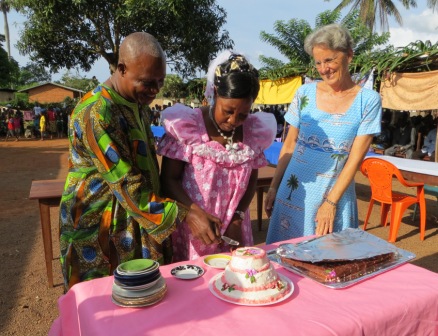 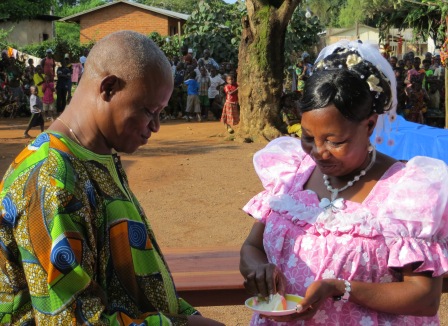 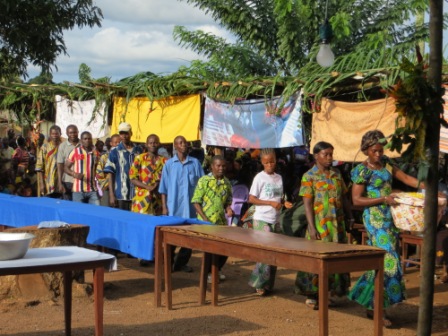 CEFA workers dancing in with their gifts 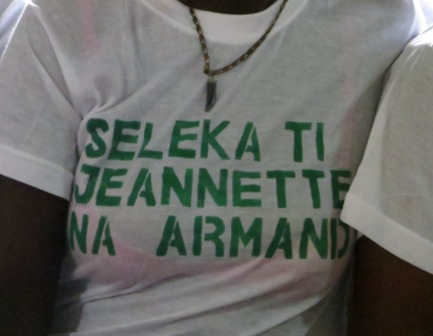 Interesting that the word seleka was used over and over again during the wedding ceremony and you can see it here on one of the many t-shirts present.  It means agreement, and it is being used by the group that took over the country in March, because they are a melding of many groups into one.  They really aren’t in agreement yet, which is why we keep asking for prayer.   Armand and Jeannette have the right idea about seleka, let’s keep hoping and praying that the self-named president and his group get the idea right, too!

As Covenant missionaries, we are working with all the tribal groups of the Central African Republic (CAR) but are trying to give special attention to the Fulani, a Musxlim, cattle herding, and semi-nomadic people group. We live on an experimental/training farm, near a mission station which has a hospital plus bible and nursing schools. We are establishing relationships with the local people groups through compassion ministries; Roy through agriculture and Aleta through public health and visitation, in order, ultimately, to share the good news of Jesus the Messiah with them. CAR is one of the least developed countries in the world and is currently in continual crisis (since the coup in March 2013), so reaching out in compassion is key to reaching their hearts. Due to the ongoing conflict and resultant ethnic cleansing in CAR, we are crossing the border to interact with our Fulani contacts.
View all posts by danforth →
This entry was posted in Ceremonies & church happenings, Fun. Bookmark the permalink.