Stories from across the border 3 the good and the bad

We heard the real story about March 24th, and the aspects are mixed, good & bad.  We left a little after 2 pm that afternoon, and a renegade group, originally but no longer affiliated with the Sele-ka, came onto the mission.  An eye witness (maybe from behind a house? or up a tree? these guys had guns!) said that they hesitated at the “t” in the road.  One way was to follow where the 9 missionary vehicles had just gone, and the other was to go onto the mission property.  They chose not to follow us – and they would have easily overtaken us what with one of our trucks breaking down and our slow river crossing.  They chose to go to the mission.  They tried to push start a truck, and apparently stood by while local villagers looted 3 of our houses.  Sad to say, one in particular was targeted because of an old grudge!  But, thanks to the ingenuity and loyalty of many, like this young man, dear friend of the Turk boys, there has been an estimated 80% recovery of the looted goods. 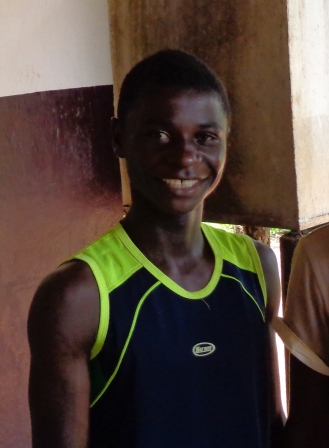 The story goes that he and a couple of others hid behind a tree down the path from the houses being looted.  One would take a picture of the looters passing by with their phone and the other would tackle them, retrieving what they could.  Over the next few days, the mission’s watchmen and many others made the rounds in the village and collected alot of looted goods.  What a major encouragement these friends are to us!