The God Who Sees—Trauma, Forgiveness and Care for the Caregiver

A woman at her home is approached by an aggressor with a machete; she holds up her hands in defense only to lose both her dignity and the use of her hands. A child playing at his grandparents’ home is enticed away by an aggressor who nearly beats the boy to death. For many around the world home is no refuge. Rather, being home only indicates violence and aggression. It is these ubiquitous stories of trauma and hurt we gather around every three years, hoping to both listen to victims and caregivers while learning to confront our respective cultures and societies throughout the Americas that normalize violence and ignore trauma.

Ten years ago, one of the first groups Jenny and I ever received here in Ecuador was from North Park Theological Seminary. The official course title was Issues of Faith and Society in Latin America, but unofficially we began to call the course United Against Human Trafficking. At the time several Covenant ministries in Mexico, Colombia, Ecuador, and the United States had independently begun to interact with people who had been trafficked into the sex industry, providing pastoral and psychological care for them while also searching for ways to advocate for justice and state provision for safe-havens.  Simultaneously, these ministries were aware that human trafficking is part of a larger issue of systemic and domestic violence, sexism, trauma, abuse, and misconstrued images of masculinity and feminity.

With these ministries beginning work in the various countries, it was apparent we often felt isolated in the work. Churches turn cowardly when it comes to addressing human trafficking, domestic abuse, the machismo—toxic masculinity—and subsequent trauma and destruction it brings upon people, their bodies, minds, and communities. Because of this reluctance in the broader church to address these issues, those working with women, children and men who have suffered these traumas, themselves feel like they are alone in the work God has called them to. So, beyond being a seminary course, it is a coming together of caregivers to share best practices, experiences, and feel encouraged alongside others.

Every itineration of the course is different and has morphed and changed over time. This year’s visit was entitled The God Who Sees—Trauma, Forgiveness and Care for the Caregiver, based on the biblical story of Hagar in the desert. Focused on trauma, and violence of all sorts, including natural disasters, our time also looked at distinctions within the process of forgiveness, embodied methods of prevention and healing, as well as vicarious trauma—an internalization of others’ trauma—a mental health issue many pastors, ministry leaders, and deacons suffer from.

Part of the course was to provide a conference with workshops for pastors, ministry leaders, teachers, and counselors. We did not know what to expect as far as participation and who would come. We were overwhelmed by the response and encouragement for our denomination here. 184 participants came to the first conference in Guayaquil with an additional 143 participants coming to the second conference held in Quito. 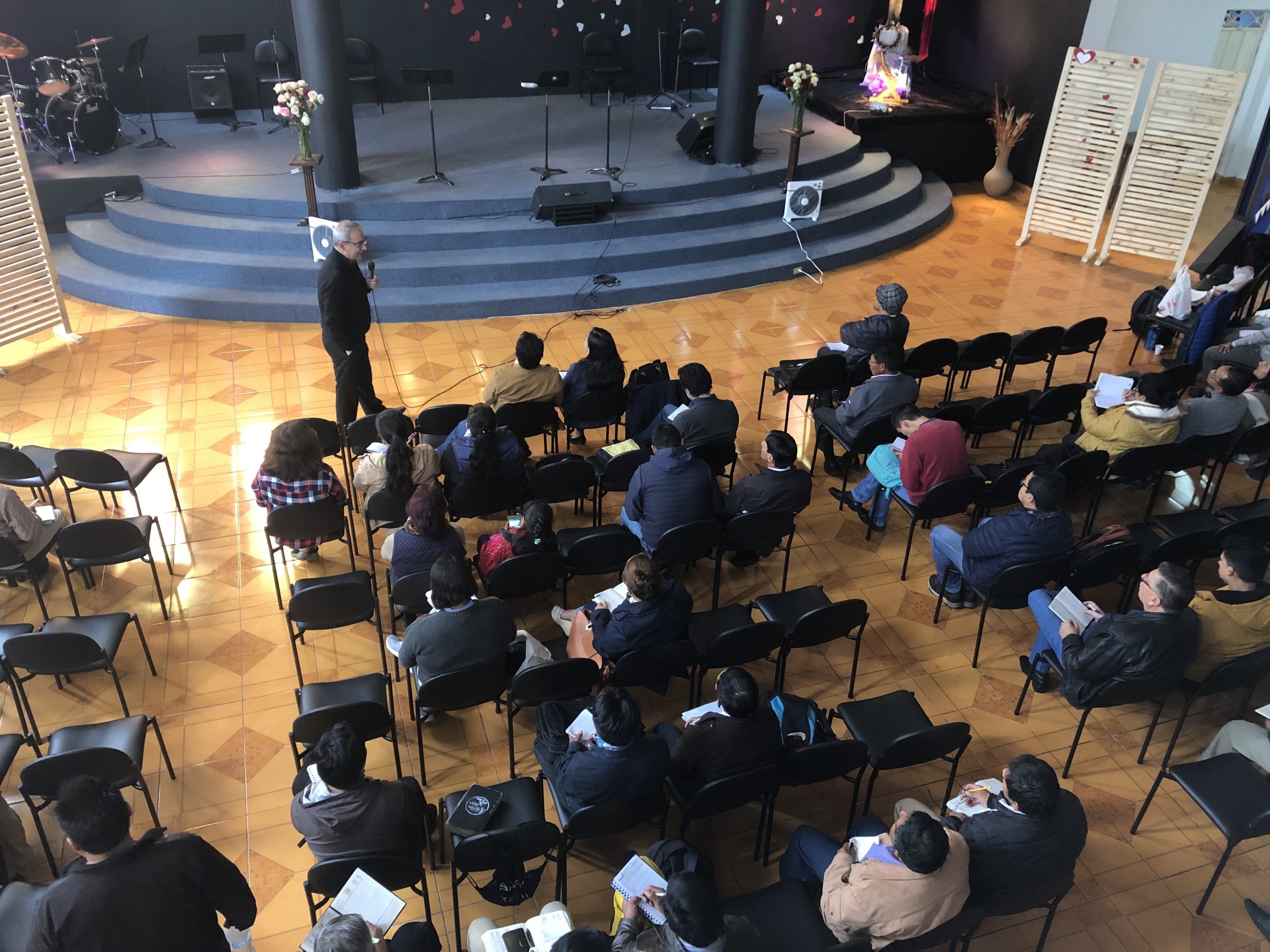 Not knowing what to expect was a general theme, as many of us have had our schedules and plans changed due to the spread of Covid-19.  Originally a course including faculty and students from North Park, we were limited to only five participants. The North Park faculty and students received word as they were about to check-in at O’Hare airport that all international activities and trips had been cancelled. We were all disappointed at this news this course was originally planned for October. That trip was also cancelled due to civil unrest here in Ecuador.  So with no students we adjusted our plans.

We visited ministry sites, learning and sharing about care, justice, and healing. While many of the original plans had changed—including having no students to interact with—we remained open to the presence of one another, listening to stories of caregivers as well as victims. It was a time of encouragement as well as increasing our own knowledge as care providers.

I want to thank Ramelia Williams, director of ministry initiatives for Love Mercy, Do Justice with the ECC. Rev. Ramelia thought she was auditing a course to help in her role in anti-human trafficking initiatives and advocacy for victims of abuse. Instead she became one of the plenary speakers at the conferences.  Also Erika Clauson and Missael Tapia from Ministry with the Abused and Exploited of Mexico (MAEM), who had each planned workshops but soon found themselves providing more activities and plenary sessions then originally planned. Paola Delgado, from the Women’s Center in Manabí, Ecuador, an IPEE/FACE ministry that works in the prevention and intervention of interfamilial violence with women and children, also stepped in to provide a workshop. Eugenio Restrepo, regional coordinator of Serve Globally (ECC) for Latin America and the Caribbean, who also provided a workshop and a seasoned voice as we waded through what to do in the midst of a public health concern. 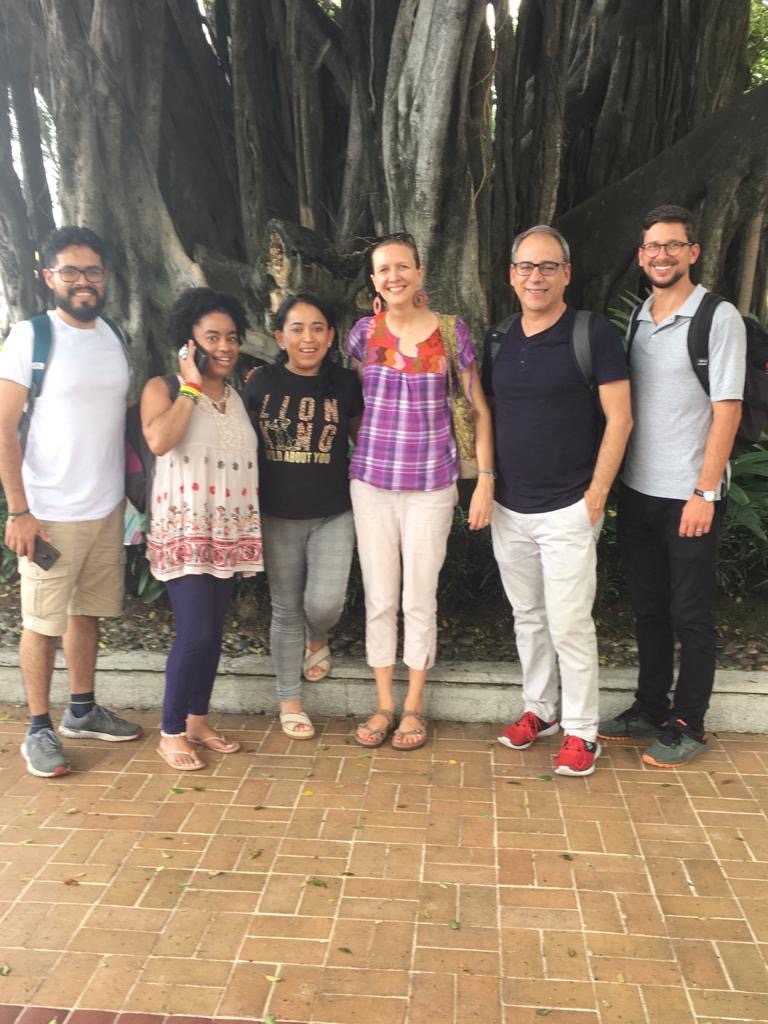 If you would like to partner with and support this event you can give to the Center for World Christian Studies. All funds go to subside the costs for participants for lower-income countries, the conferences, and the seminary students. To partner with MAEM see their information. The women’s center in Manabí as of yet does not partner with the ECC, but pay attention to the project page on Covenant World Relief for a future opportunity.  You can now support the children’s violence prevention project in the Andean region here.