Thursday August 30th marked the International Day of the Victims of Enforced Disappearances. Being a victim of disappearance, or a family member of a victim of disappearance, holds a particular place here in South America. From the 1950s into the 1990s our South American countries fell victim to right-wing military governments. The justification for the military juntas was to stem the spread of communism, but paradoxically at the cost of personal freedom, increased suspicion and paranoia of fellow citizens, and an unimaginable amount of innocent people disappearing without a trace. This military rule created a similar, if not worse situation than what was supposedly being prevented. And while people continue to ask for answers about their friends and families from disappearances of the past, a new wave, or really a continued wave, of disappearances is now taking place in Central America enacted by both left-wing and right-wing governments. Furthermore, journalists, teachers, environmentalists, and indigenous farmers have gone missing, with growing evidence that governments, mining and ranching interests, or paramilitary groups have knowledge of, but are unwilling to share information on the disappeared. 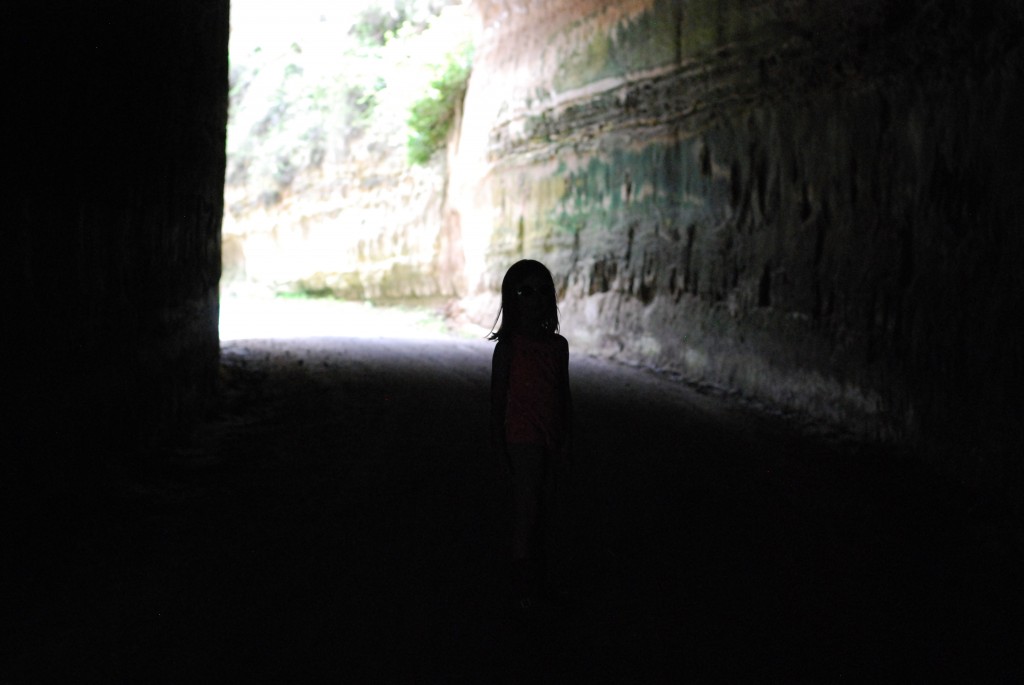 Disappearance is a particularly difficult terror to encounter. There is no finality to being disappeared; no funeral, no definitive answer as to what happened, where a loved-one went…why? Psychologist Pauline Boss (1999) describes this experience for friends and family as frozen grief due to ambiguous loss. The victim is physically absent, yet psychologically present because of their unconfirmed fate; so, people often choose to live as if the person is not yet dead. The victim’s family moves through a continuous loop of hope and hopelessness. Will they emerge from the jungle? Will they be identified in a mass grave? Will they be found sleeping off a boozy night at a friend’s house not far from home?  People have been disappeared for up to a decade and then have escaped or been released. Others are lost to history. It is an ongoing agonizing ordeal for both victim and those connected to them.

This reality also affects not even the closest relationships connected to the person. I have noted how it affects many of us here when cases of a disappeared are mentioned. It creates a heightened state of fear and paranoia. A troop having a late-night at a bar didn’t show on base and the nation assumed he had been kidnapped. He was later found napping along the road the following afternoon. Journalists go missing and murmurs of the government are whispered, but no one wants to be too vocal.

For those reading in the US or Europe, this is not some far off reality…it is happening in the so-called developed countries, with the most vulnerable at highest risk. We´ve recently lost and are mourning a defender of the disappeared, Sen. John McCain, who fought whole-heartedly against State sponsored secret detentions and torture carried out by the United States and other nations. All nations must be cautious of the possibility of disappearance, especially during times of war and conflict.

But what about those still missing? What about the mothers in Argentina, Brazil, Uruguay, and Chile still waiting after 35 or more years to hear what happened to their son or daughter? What about the children, now my age, discovering they weren´t actually put up for adoption, that in fact they had been disappeared from their biological mother suspected of leftist leanings? What about the growing number of indigenous farmers, teachers, scientists, priests, pastors, and journalists being disappeared in Brazil, Bolivia, Central America and Myanmar? What about the increased numbers of detained people throughout the world whose status is unknown, with increased intimidation against those who ask questions or seek help from the State?

Where is God present in the absence of so many people? What about the Good News in all of this?

The Psalmist asks How long, Lord, will you forget me? Forever? How long will you hide your face from me? How long will I struggle with anxious concerns within me, agony in my mind every day? How long will my enemy keep defeating me? (Psalm 13.1-2)

The question of the Psalmist is pertinent to the lived reality of the disappeared and their families. The prolonged waiting and suffering under the pressure of an unjust enemy creates an environment to ask where God is. Furthermore, it creates an on-going, “daily” psychological turmoil for victims, often with psychosomatic effects. It is a daily struggle to stay sane with the internal anxieties of captivity. And yet, the disappeared can identify with an absent God. Will my family forget about me? Is this my fate, for the rest of time? And these questions are a daily occurrence. It is a daily presence of the absent. Yet implicit in the questioning is the understanding that there is a hope, that this is not how it should be. Questioning indicates a lack of resignation.

This idea of absence yet hope is clearly stated within the same sentence with the prophet Isaiah. Isaiah 45.15 says, Surely, you are a God who hides himself, the God who saves his people Israel or The God of Israel, who saves his people, is a God who conceals himself. This is a powerful juxtaposition for the people. It is difficult for us to see God in God´s own absence or the absence of people who we should have answers for. However, we have faith that even when concealed, God liberates. We humans tend to wish to live in a concrete reality, and ambiguity bothers us immensely. How can Isaiah both affirm God´s concealment in the oppressive situation and God´s liberation in the same breath? But for the families of the disappeared, and the disappeared themselves, it is their only choice in life. It is how to survive and fight for the truth. It does not deny the absence, but it acknowledges what little inkling of presence and memory there may be.

Ingrid Betancourt was a Colombian-French politician who lived in captivity for six-years. She tells of her journey of faith, from thinking God had forsaken and forgotten her, to experiencing Mary and Christ as her spiritual companions equally in chains. She describes her initial prayers to God as “an expression of anger.” “I didn’t want to believe in God” and reading the Bible was “repellent.” But soon her prayers of anger moved from questioning why had God allowed her to be taken, the infamous “why is this happening to me;” into a question of “how God are you going to help me get through this?” This transformation helped her eventually view that a gift of her captivity was her view that faith is a matter of relationship. Her fellow prisoners and captors aggressively denied God, yet would remind her to say her Saturday prayers or join her in singing Christmas carols.  Prayer in captivity became an act of reaching-out emotionally to humanity. Faith, however doubt filled it was, for Ingrid Betancourt and others became an act of survival.

The unknown of disappearances makes me wonder about the experience of Mary of Nazareth and the disappeared Christ. Those moments in which Mary awaited news of her son. She thought he was dead, killed by the State, but now with his body missing, many suspecting the Romans or perhaps another group having stolen the body…even his own friends implicated in the disappearance; what thoughts and feelings coursed through her?  Theologian Shelly Rambo in Spirit and Trauma (2010) recognizes the importance of witness, observing, testifying, sitting-in and remaining in the marks of trauma as the only way forward because, ”in the midst of trauma, conceiving of divine presence is impossible. […] Divine power and presence take the form of witness.” We cannot stop being witnesses to the wounds of the disappeared. We must remember that Holy Saturday and even that Sunday Morning when all seemed lost and never to return. “Divine love is revealed at the point it is most threatened,” Rambo states, and the Spirit is present to give witness, “attesting to a form of divine presence that is difficult to see, to feel, and to touch.” At the end of the day, that is what faith is about, trusting the Absent.

Faith calls us into action. We are called to be witnesses. Those who follow Christ are explicitly instructed to have concern for prisoners (Matthew 25.36). And those prisoners that States conceal and hide? I believe we are called to continue searching for the prisoners not yet revealed as God searches for the one missing from the flock. God will not forget these lives. God will not allow States to obscure and bury, and we must join God in the journey with those searching and asking for the disappeared.

It would be tempting to try to bring this post to a lovely conclusion. However, there is no peaceful or tidy ending in the awaiting for the disappeared, and I hope we don´t feel necessarily settled and assured. It is an unsettling reality that many people throughout the world face. But I do hope, and pray, that we continue to remember and advocate for the victims, their families, and countries affected by this practice. All that is in darkness will be brought to light.

What can you do? Read more about enforced disappearance and call on the US delegation to the United Nations to ratify the International Convention on the Protection of All Persons from Enforced Disappearances, which the United States has yet to sign.

For a first-hand account of faith and captivity you can listen to a conversation with Ingrid Betancourt with John McCarthy from the BBC’s Heart and Soul podcast: https://www.bbc.co.uk/programmes/w3csx5rp

Or you can read Ms Betancourt’s memoir Even Silence Has an End.