United in Faith in Christ was this year’s theme at the 50th anniversary of Youth Ministry in Ecuador. The long weekend event saw over 400 students and youth leaders gather and celebrate in the Coastal highlands Covenant Camp of Santo Domingo. Like all events there were delays, changes, and unforeseen challenges. One of those surprises was that I was asked a day before the first day of camp to give the opening plenary talk.

I had been prepared to travel with Tim Ciccone, the director of Youth Ministries for the Covenant church in the United States and Canada, to translate for him as he gave a greeting and celebratory remarks on behalf of the sister churches in North America. I was also to translate for him for a series of breakout sessions.

However, Alan Serrano, a Covenant minister serving in Florida who was to be the plenary speaker, had some difficulties with his passport and was denied his original flight to Ecuador. While eventually he was able to miracously be granted a new Honduran passport in record time in Miami, he was still a day late. With that news, I received a phone call Wednesday asking if I could prepare a plenary talk for the following evening. Danny Meza, leader of the Covenant Youth of Ecuador (JPJ), simply said, “If we can’t have one North American pastor share, we’ll have another.”

So off Tim and I went down the Andes to camp. We arrived to cooler than expected weather, a lunch line that lasted 3 hours, and plenty of silly games and activities…to be observed of course. The long lunch line is in fact a great thing. The camp has never hosted this amount of youth before, a sign of growing participation of youth at camp. 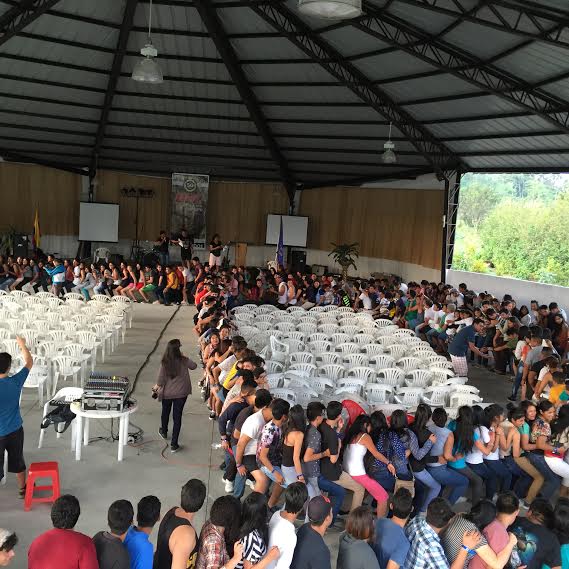 As in many countries people seem to have a hard time comprehending Millennial culture- I being a Millennial, the same as the youngest participant at the camp. We are a large generation, we are a globally connected generation, and though I buck the norm, we take a lot of selfies.  And here we were gathered together to discuss who we were in this changing world.

Tim ended up fighting a cold the entire time we were at camp, but fought through the sore throat and loss of voice to deliver an opening welcome and get the celebration started, a few hours later than scheduled. I gave my plenary talk, at 10:15 pm, focusing on our identity as United in Faith in Christ. I shared that we are not alone in our struggles (John 16.33), God provides us with opportunities to break the unhealthy cycles of our families and society if we are willing to seek healing (John 5.1-8), and we can’t spend our faith journeys comparing our walks with others (John 21.22). To be honest, these were points from the Gospel of John that were delivered to me in seminary by our Dean Dave Kersten. I thought them apt words for the youth and he had previously given me some notes about his thoughts. If we are to prepare people for life, we can’t shy aware that there will be suffering in our lives, but we have to be willing to participate in the difficult work of healing. Healing’s not a passive event, especially emotional healing, but requires our response and willingness – like with physical therapy it can be a painful exercise.

Well, enough with my mini-sermon.

The following day Tim delivered a marathon of break-out sessions, without a voice remember. Because of the amount of students, we did 20-minute rotating sessions to groups of 20-25 FOR THREE HOURS STRAIGHT. Tim focused on “practicing the long-view” examining the life of Naomi, who changed her name to Mara, Bitter after the death of her husband and sons. Tim expressed his desire for youth to practice the long-view, reminding ourselves that our present suffering does not define us, it does not need to be our sole identity, our name. We have the advantage of seeing the full story, that Naomi’s life, entwined with Ruth’s brings hope in a time when all seemed loss. Naomi’s story and family would eventually lead to the Holy Family. The story wasn’t over. 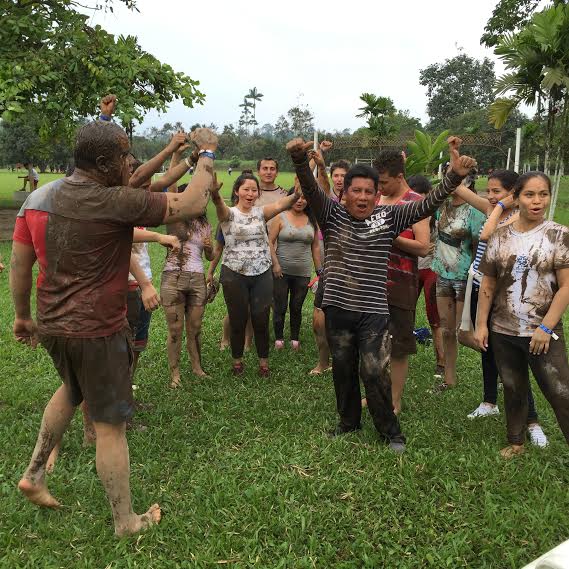 After our marathon break-out session we were asked to lead in a ghincana. If you have been reading our blog you might remember that a ghincana is a new vocab word for us and it means an ice-breaker, silly game relay. This ultra-ghincana of 400 was much more intense than the at the pastor’s retreat. It involved drinking dirty sock-water, rolling in mud, and who knows what else. I played the role of Alex Trebek or Stephen Fry as the quiz show host, loaded with ridiculous biblical detail questions such as, “How old was Sarah when she died?” or naming wells founded by the patriarchs. Real heavy-hitting theological stuff.

Alan finally got to give his plenary talk after his travel adventures. He encouraged the youth to dream, to capture visions of innovation, witness, and transformation in Ecuador. He reminded us, in Latin America for over 600 years people have been taught to belittle their own dreaming, trained to serve el Cacique, the emperor, which was then continued after la Conquista with the Spanish crown. People were trained never to break out of molds, but to limit themselves to their stations of slavery. He shared using the story of Joseph, who never forgot God-given dreams, even while being a faithful servant. It was a powerful message for so many. 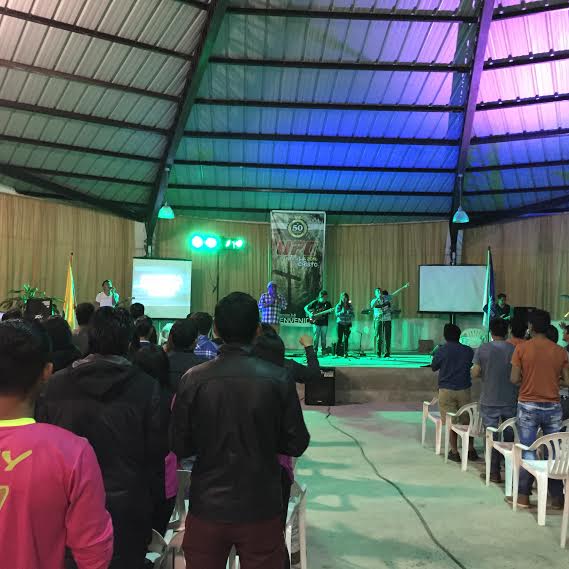 It was an encouraging trip. Tim hopes to return again and continue on in partnership between youth ministries across hemispheres. It was encouraging to see the number of young people passionate about being a source of light in this world.