What lengths would you go to in order to study? What if there were just so many challenges that stood in your way that it seemed impossible? What if the classes were online and in your community there was no wireless internet? What if you would have to work more to be able to afford it?

These were real questions that three women in a small rural community had to ask and answer, when they heard about the certificate program in children’s ministry. Lida, Valentina and Luz Marina live outside of the small town of Sabanalarga and are a part of the “Great Commission” church plant in the community. They minister with children in the community and were thrilled to hear about the opportunity to receive training. However, for many reasons it seemed impossible that they would be able to participate. To start, there is no wifi or internet in their community and the classes were going to be online. They were also signed up to study in the certificate of New Testament program, which meant an investment in time and money to pay for both programs. How could they do both?

The amazing thing is they did! Just yesterday Julio was with them and was able to hand them their certificates in New Testament and Children’s Ministry in person. He listened to the lengths they went to in order to be in every class and found himself in tears to hear about the challenges they overcame to finish both programs. 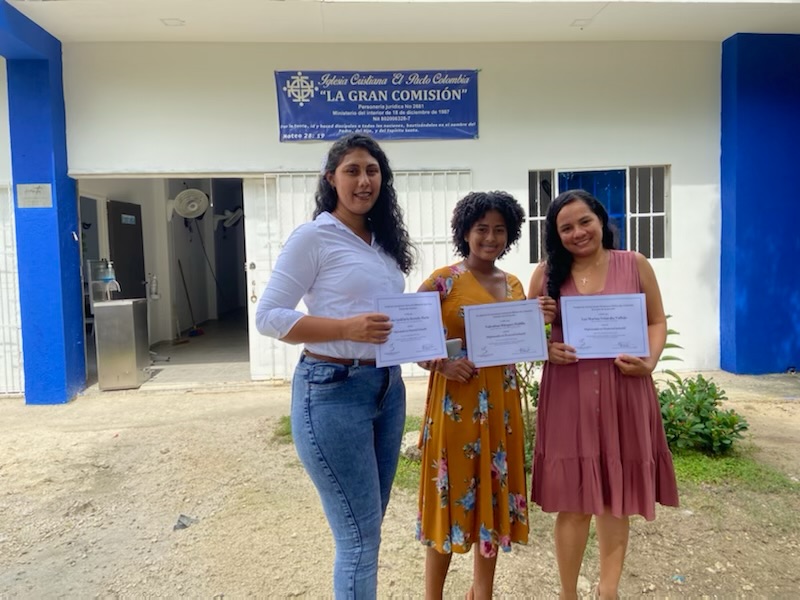 Because there is no internet in the town, the women would pay to fill their phones with a data plan that would allow them to access the classes online. However, the signal from the phone company isn’t great either, so many times they would have to climb up to the roof of the church to find a signal. Once they had it they would stay up there, sometimes up to 4 hours to take the classes. They would stand or sit with their phones in their hands. Sometimes it would rain and they would try everything from inside to get a signal. When it was impossible to get a stable signal, we were able to send them a video of the class that they could watch together. Many times when they only had audio to listen, they would text Katie their input or ideas and she would share it with the larger group for them. 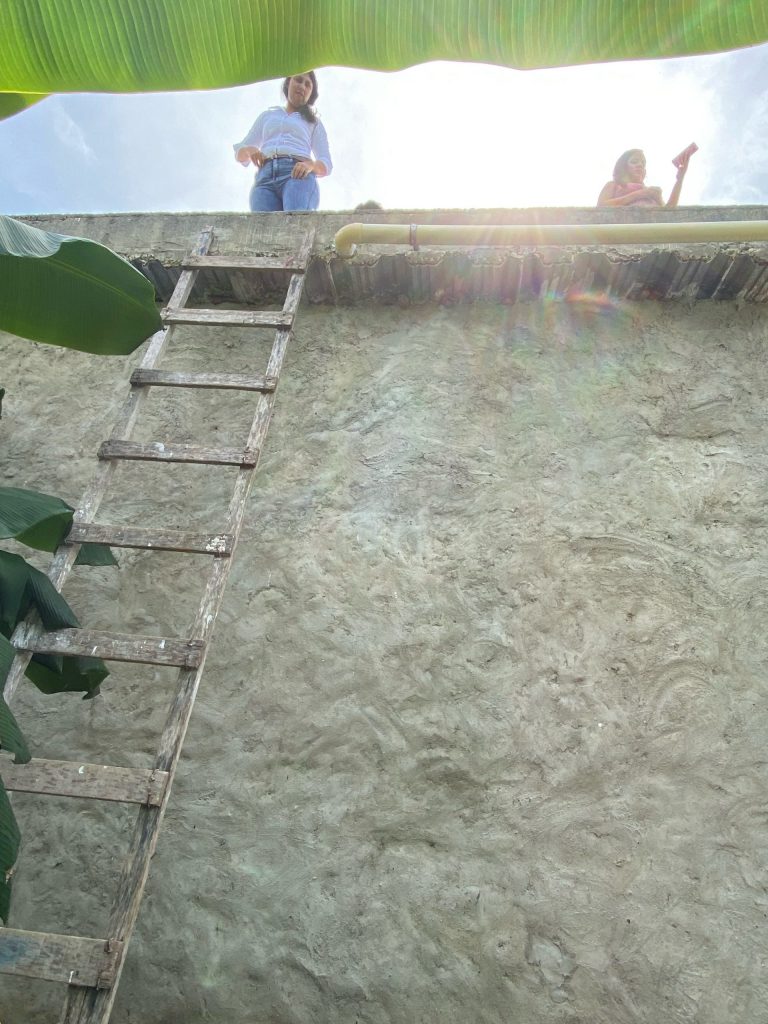 The ladder they would climb to get to the roof 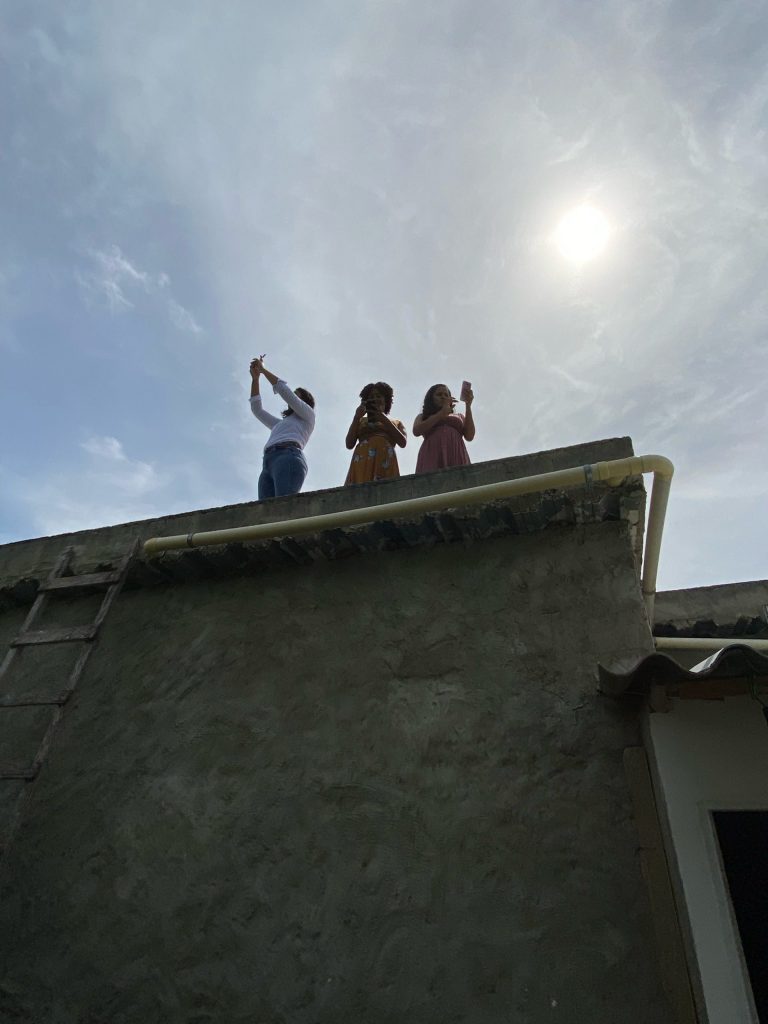 Looking for the right place to catch the strongest signal.

Despite the frustrations, the women were committed to seeing through the process and taking full advantage of the opportunity to learn. Lida admitted to Julio that she was devastated when she thought she wouldn’t be able to complete the children’s ministry program. She’s had the experience before of starting studies at the university and not being able to finish it. So, for her it felt like a miracle to be able to complete both certificate programs. We praise God for the commitment and perseverance of Lida, Valentina and Luz Marina. And we thank God for his faithfulness to them in the process, allowing them to see it to completion.