On Saturday, September 11th, I was back on the metro heading downtown to lead a workshop for children’s ministry leaders. This probably doesn’t seem that out of the ordinary. It’s something I’ve done often, serving here in Medellin. However, as I entered the metro I was very aware that it has been a long time since I’ve done any of these things.

This was the first time in 18 months I had been on the metro, been to downtown, and would lead an in-person workshop. Wow! 18 months! As I stepped off the metro into downtown, it felt like no time had passed. Things looked the same as the last time I had been downtown. I was very aware of the privilege that I carry, as I have had the option to work from home and not take public transportation during the pandemic. This is not an option that many people have not had, especially those who work for a daily wage. 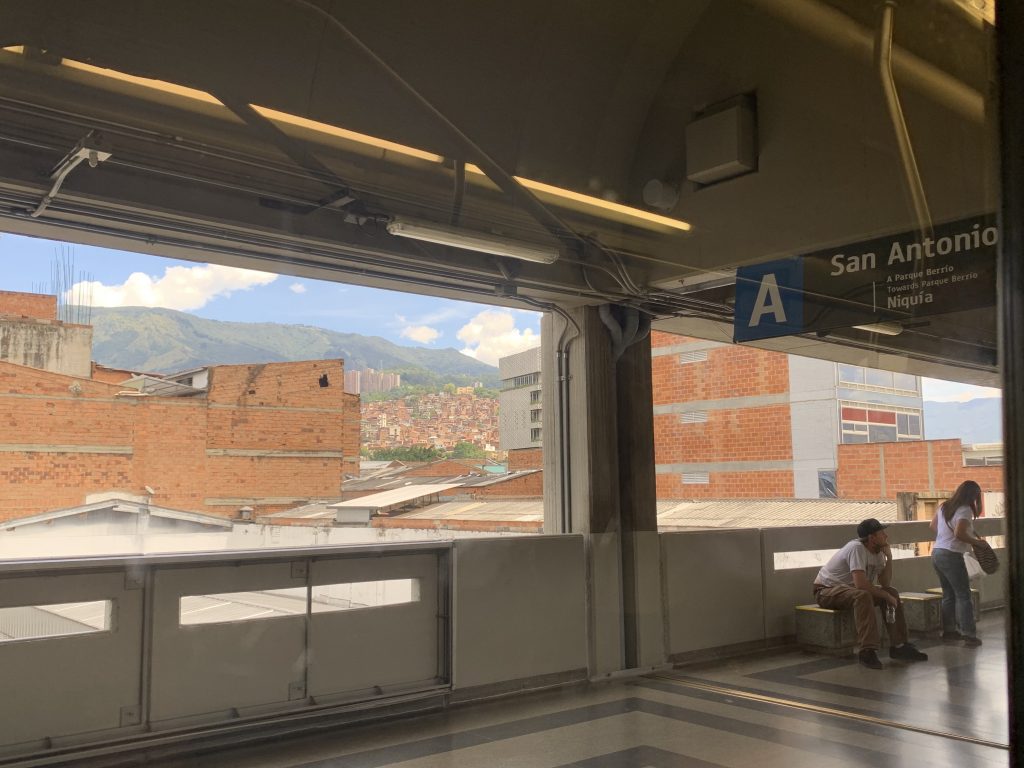 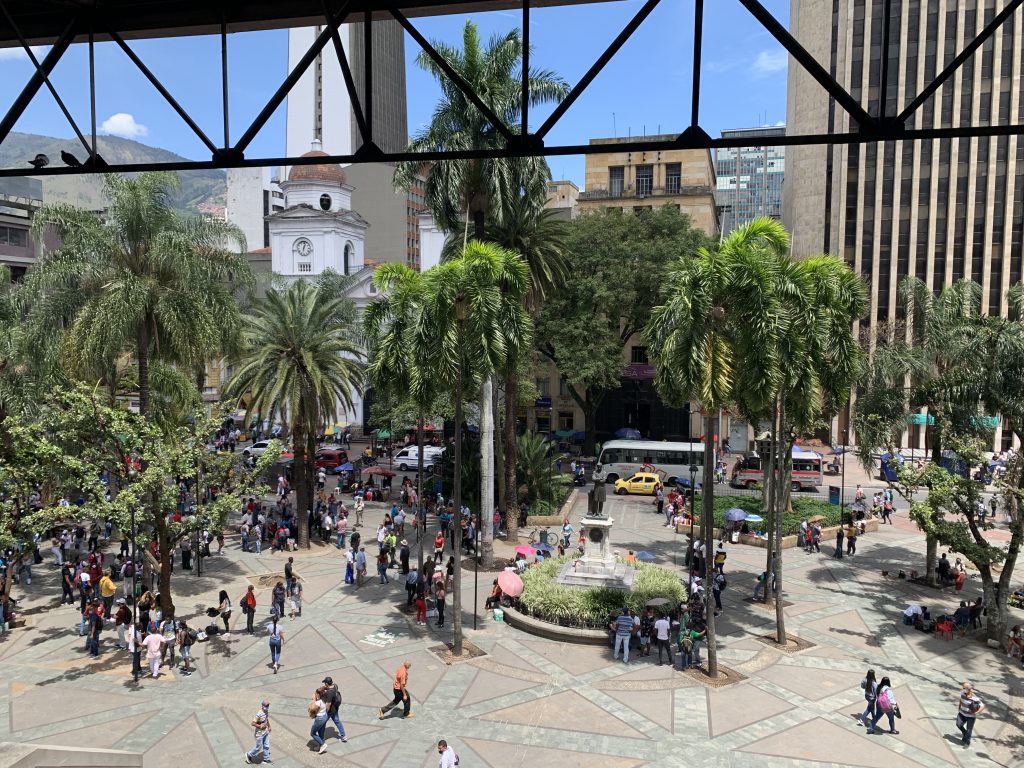 I met my friend Eliana, who willingly agreed to co-lead the workshop with me, and Pastor Javier picked us up and drove us up the winding streets into La Libertad neighborhood. It’s been even longer since I have visited that particular church and I was grateful to be back. The three young women who are leading the children’s ministry were waiting for us and we got started right away. They have a heart for children and are currently receiving 60-70 kids on a weekly basis. They are not teachers by profession and had asked to receive training and tools to minister to the children. Right away their creativity, commitment and desire to learn was evident. 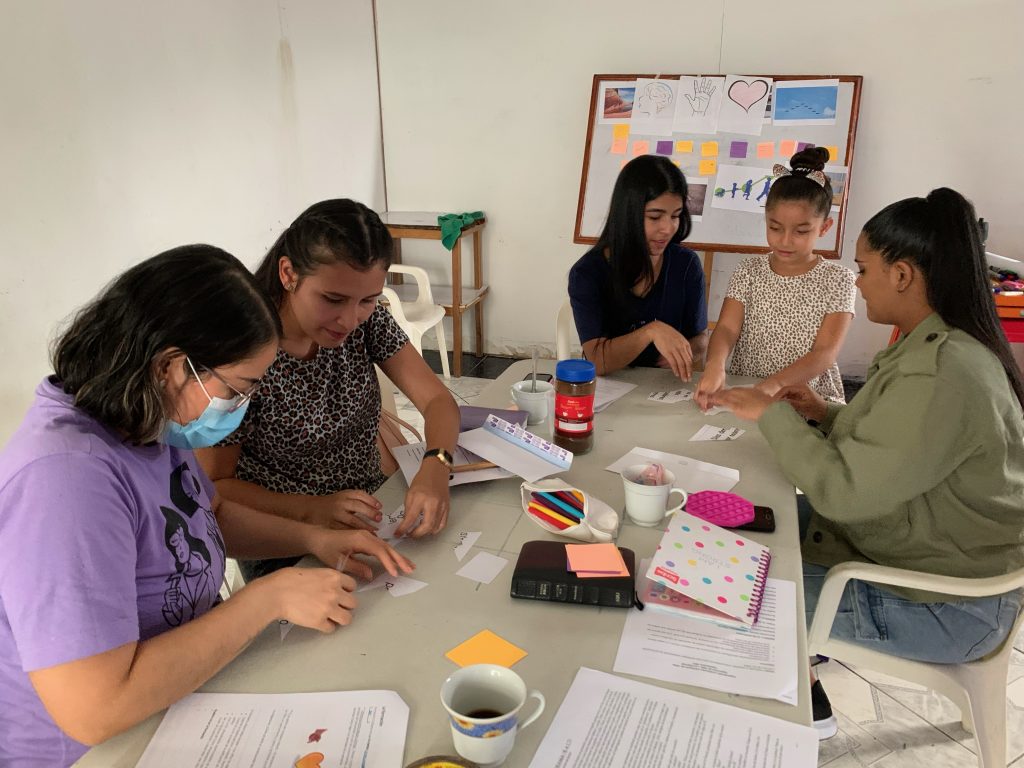 The workshop was 4 hours, but it flew by as we looked at elements of Christian Formation, the role of a children’s ministry leader, and a child’s developmental stages. We shared a snack together and learned more about them as they shared they live in the neighborhood and grew up as children at the church. They were very engaged and it felt so good to be in-person with them. 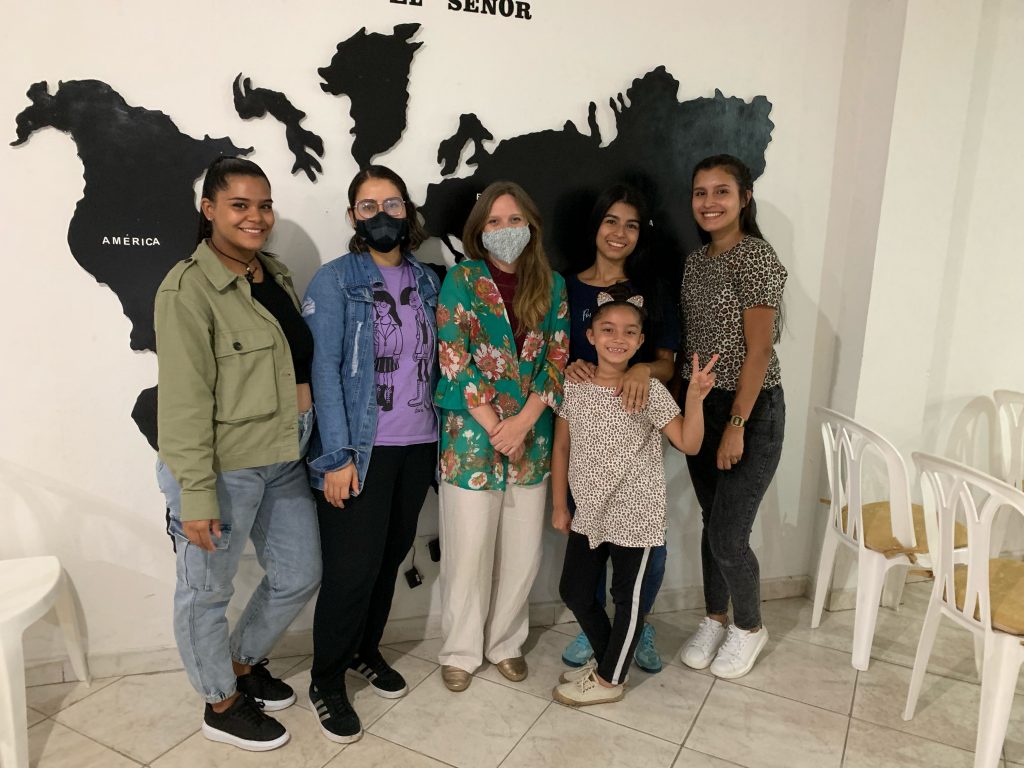 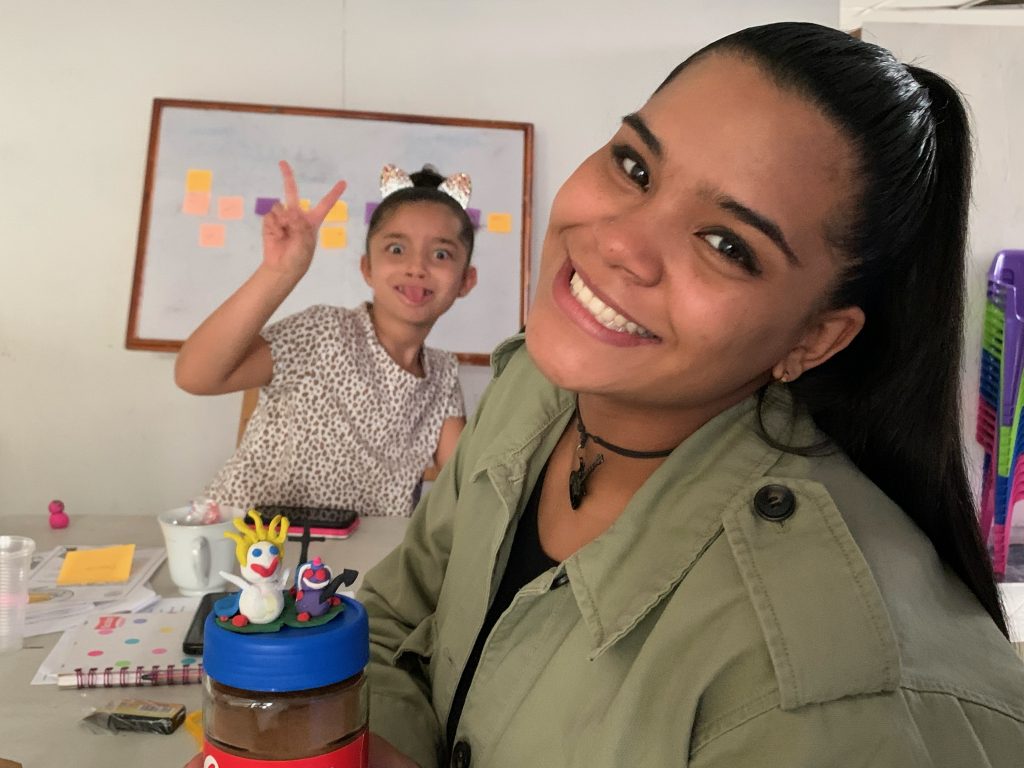 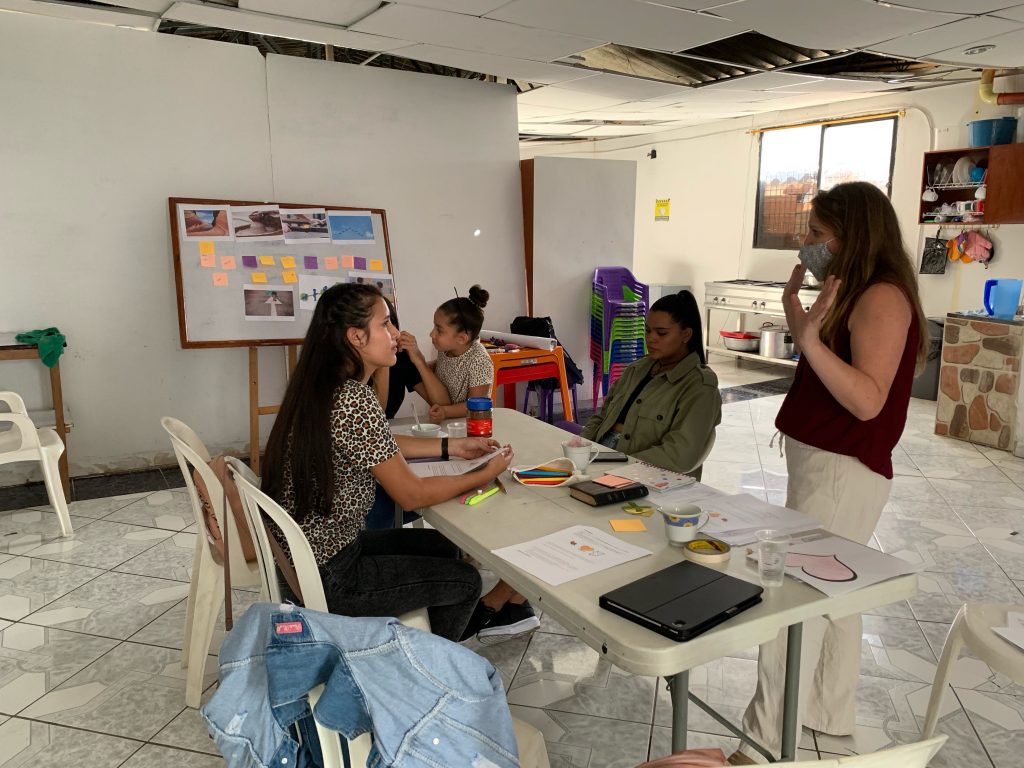 The following week I once again found myself on the metro, heading downtown to meet Pastor Javier who drove me up to the church to continue the training that had begun the Saturday before. This time there were four women and we started where we had left out with developmental stages as each one shared what they had learned and the ways they would put it in practice. Once again their creativity and love for God and children was evident.

We shared and laughed while identifying learning styles and how to engage children with different learning styles. I introduced them to the Covenant’s children’s curriculum and as they interacted with it, they were in awe. They have been coming up with lessons and activities on their own each week. Melissa said she was encouraged to see how this could be used to give more continuity to the formational times with the kids. They invited me back in October and they will be the ones teaching the class. I’ll be the student as they develop and teach lessons from the curriculum. I’m thanking God for this group of women and for the opportunity to be with them and do what I love – teach, equip children’s ministry leaders, and build relationships through mutual learning. 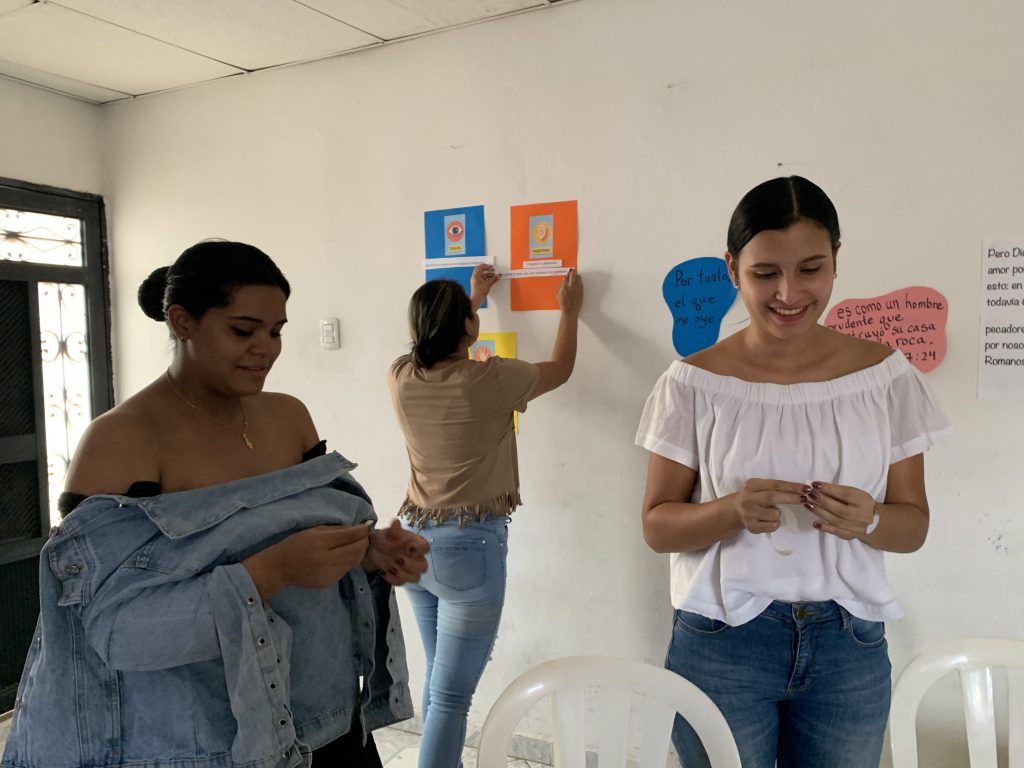 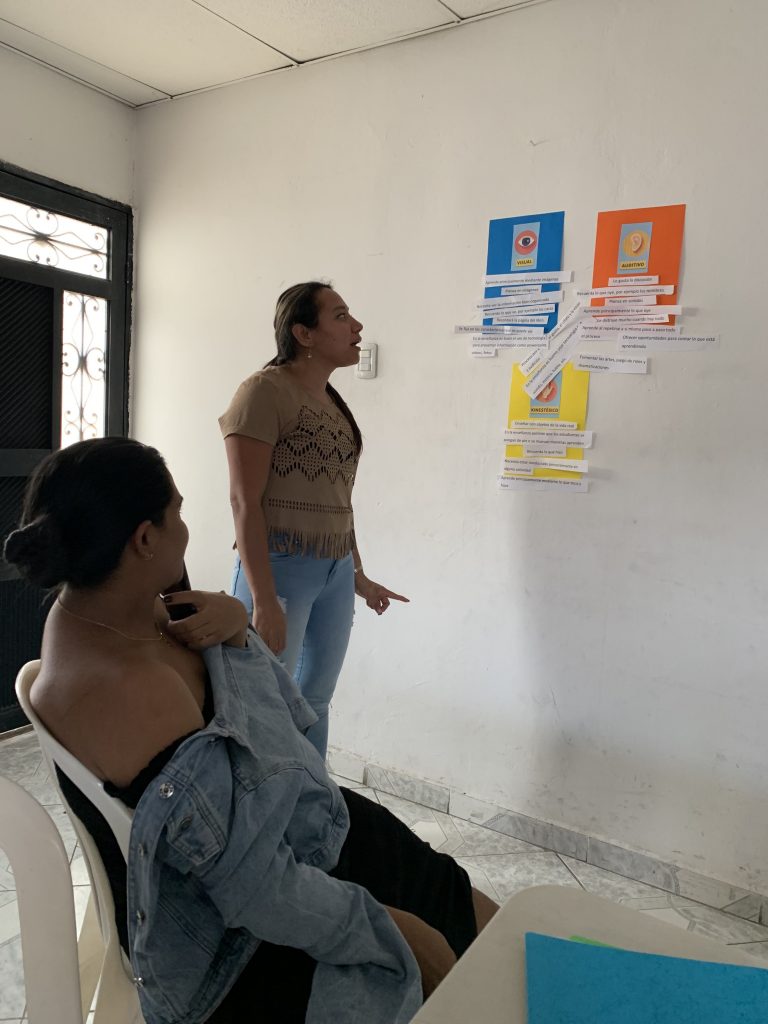