This past week we had the privilege of having a team from Redeemer Covenant Church (Sacramento, CA) serving here in Colombia. Again, it was obvious from the first day that flexibility was going to be key as they missed their connection in Las Vegas, hence missing their connection to Monteria from Medellin. So instead of a plane to the coast they took a bus. And instead of working with children in one of the neighborhood’s in Monteria, because of conflict within the neighborhood, they ended up going to several different communities surrounding Monteria. They had been planning and preparing for the past couple months, but learned quickly that plans were going to change. We thank God for the flexibility they exhibited and the pure passion for the people and God with which they served.

During their week in Monteria and the surrounding communities of San Carlos, El Hato, and Las Chalinas, they were able to serve in areas with little material resources, but with many children who are eager to learn about Jesus. They worked with the local leaders to offer engaging and fun learning experiences for the children based on God’s word. They played and sang with children, exhibiting the love of Jesus. They interacted with and learned from the pastors and their families, who generously opened up their homes to house the team. It was just another example of sharing and learning across cultures. It was another lesson in trusting God with the details, when our best made plans don’t work out. And it was another testimony of how the love of God is manifest when we serve together in unity. 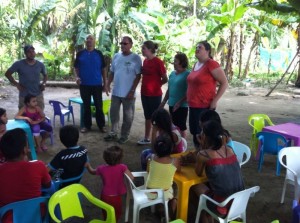 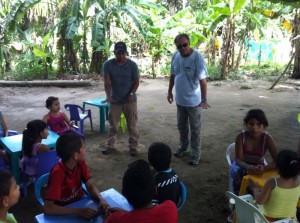 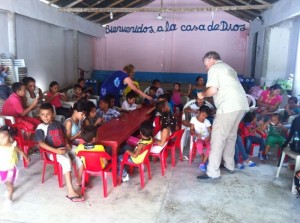 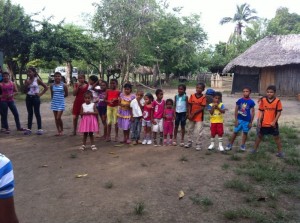