Julio is extremely proud of where he’s come from. He will always be a country/small town boy at heart. He loved growing up in the heat and spending the days working alongside his parents on the farm and taking an afternoon swim in the river. Those were the days! 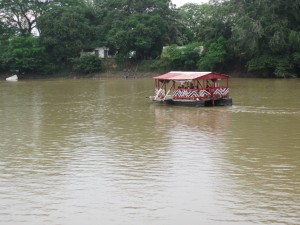 Julio loves the river...some of his happiest moments as a child were spent by the river 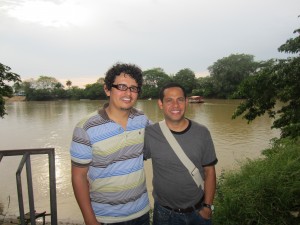 So Julio always jumps at the chance to go back to the smaller costal towns and visit churches and social projects. Last weekend he had the opportunity to accompany a friend, Steven, who is also the regional (Antioquia) leader for the national youth organization to the towns of Monteria, San Carlos and El Hato. For those of you who haven’t had the chance to visit these places, it’s very hot and humid, and the churches there find themselves in challenging situations as they seek to reach out to the communities around them. Julio spent time with pastors of the various churches, as well as other leaders and youth, listening to their stories. One of the places he visited is called Cantaclaro and it is an extremely poor neighborhood that was established by displaced people moving into the city from the countryside. Julio’s heart is so closely joined to this place. 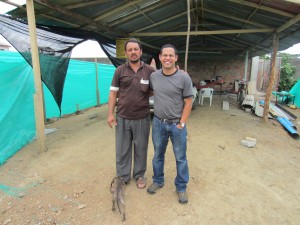 Julio and Pastor Luis in Monteria 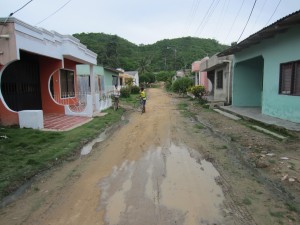 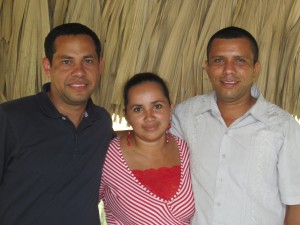 Julio and pastors in El Hato 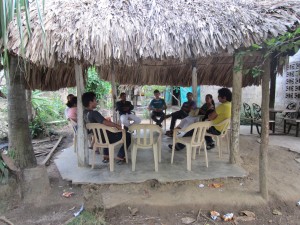 A gathering of youth in El Hato

It was an encouraging visit as they talked with the director of FECEMPEC about a new program they want to launch in collaboration with the Covenant’s national youth organization as they work to train and develop new young leaders. Julio and I will be working on this project in various levels and in various cities. It is so encouraging to see the collaboration and the desire to work together for this important cause. Julio also had the opportunity to preach (which was a surprise…they didn’t tell him until he got there) and will be returning to give a workshop on the theology of worship in June. 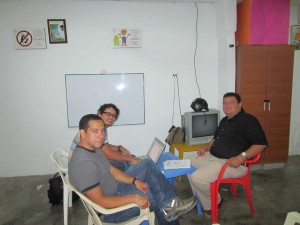 Meeting with Axel - director of FECEMPEC 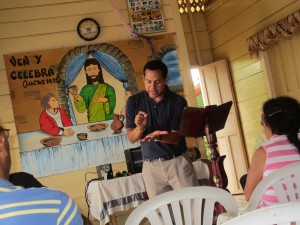 Please pray for the churches and social projects in this region of the country. Many times resources are scarce and the work is hard. Praise God for the leaders who are serving in these communities.