In updating our website I realize that it’s been awhile since I posted anything about the Akagi Bible Camp. I list it as one of our blog “categories” but my last posting is from August of 2012. That’s not because things aren’t happening there!! Although I’ve served on the camp board as either a member or chair for most of the last two decades our return to the U.S. in 2014 was a natural time to come off the board and pass the baton to others. 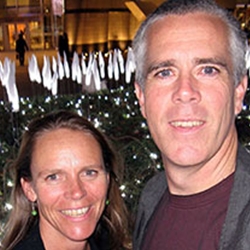 Our colleagues, Jim & Hydi Peterson, moved from Tokyo to live on top of Mt. Akagi in June of 2014. It was the same time that we were moving back to the U.S. for a home assignment. Since then, they have plugged in as staff at the camp, helping out in the kitchen during the busy summer months, but also hosting lots of guests and visitors in the off-season. They’ve been working hard at making the camp a welcoming spot all year round, even in the middle of winter when we’ve traditionally had to shut things down just because of the cold (the camp is at 1,400 meters). It’s been wonderful to see all the ways they are working to increase the use of the camp facility and to dream of various new and developing ministries there.

Jim and Hydi are also presently back in the U.S. for a 6-month home assignment, based in Colorado Springs, CO. They will be returning to Japan at the end of next month (March, 2016). If you’re interested in checking out some recent news and photos from ABC Jim & Hydi have kept an active Facebook page for the camp:

Here are a couple photos posted last week by our colleague, Pastor Kogure, who lives at the base of Mt. Akagi and has served on the camp board for many years. He reported that in going up to the camp to shovel snow off the roof… he was shocked to see how little snow there was in general…. and NO snow on the roofs. Evidently it has been one of the warmest winters on record. Global warming is affecting Mt. Akagi too. Well at least we don’t have to worry about snow damage to the buildings as we look forward to opening things up again this spring. In the photos you can see the ice fishing tents in the distance. Looking forward to…. and praying for…. a great 2016 season at ABC! 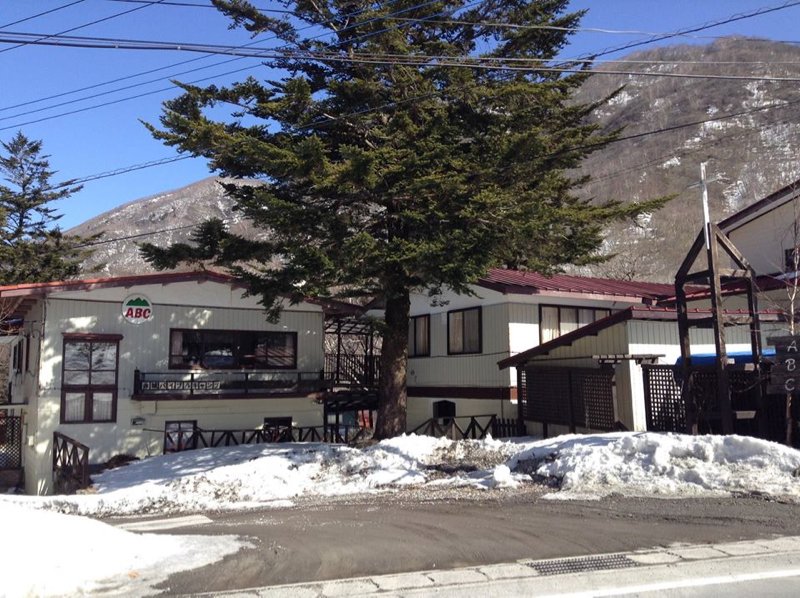 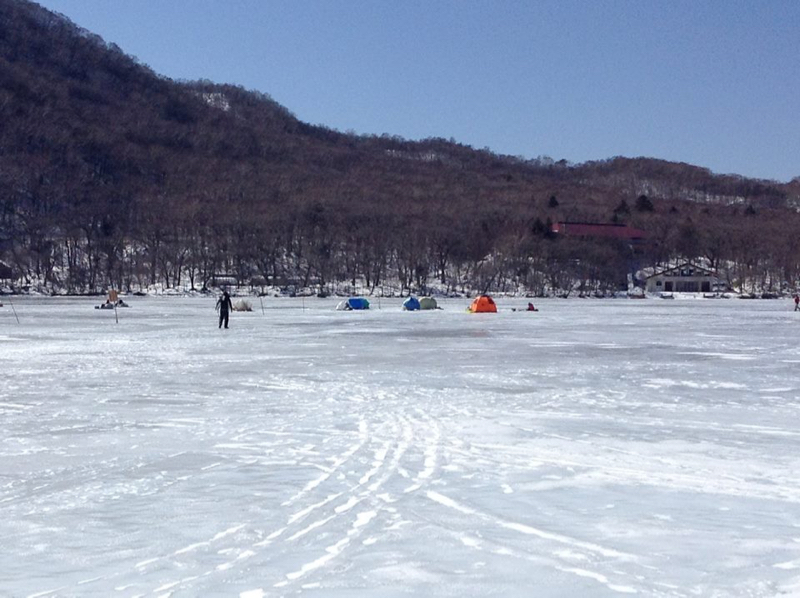